Could Reforming the State Owned Enterprise Sector be a Big Deal for Ghana?

At the beginning of September, Ghana’s Ministry of Finance brought the heads of State-owned Enterprises (SOEs) to deliberate how to reform SOEs, some of them loss-making, in order to have them play a more strategic role in Ghana’s development.

As reported in the local press, the Vice President of Ghana, Mahamudu Bawumia (who gave the keynote address to the Policy and Governance Forum) was very candid in his directive: “Share with government not your many challenges, which we all know [about], but your strategies,” he is reported to have said, referring to strategies for ensuring financial discipline, for exploring access to new sources of capital, and for improving commercial viability.

What is similarly interesting is that the Vice President also reportedly said: “Given that most SOEs were initially created to fill gaps in the economy at a time when there were no private sector players with sufficient leverage to pursue such investment, it is increasingly making less sense for government to keep its interest in SOEs in sectors with strong private participation.”

These statements are profound and, if given life in follow-up actions for specific reforms of the SOE sector, could be a big deal for Ghana. Why?

First, SOEs play critical roles in investments, including in key infrastructure and the delivery of services. In Ghana, they are involved in energy, petroleum, housing, road transport, railway, aviation, and the delivery of water. They also play important regulatory roles in the energy, financial, transportation, and insurance sectors.

Second, the SOE sector is inefficient and is a huge loss maker—18 SOEs are reported to have registered losses of nearly GH¢800 million (about $200 million), or about 0.5 percent of GDP in 2016.

With public debt in the order of 73 percent of GDP, Ghana can ill-afford such losses. 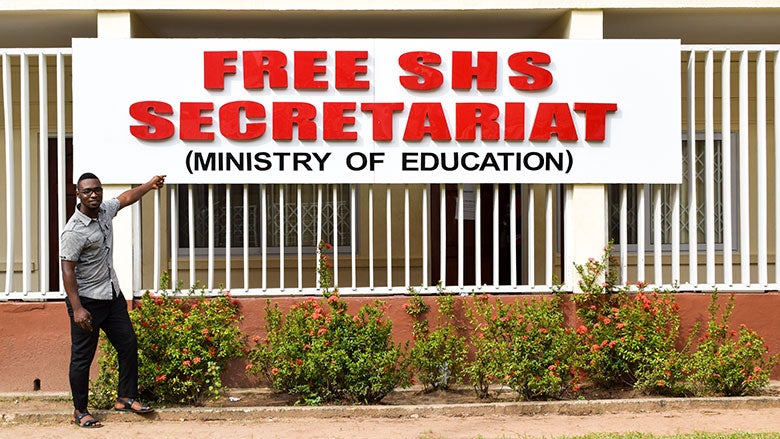 Can SOES be reformed?

One obvious place to start is with measures to improve the governance of SOEs: Lack of good corporate governance is a fundamental issue facing the SOE sector in Ghana. Such problems are not limited to:  multiple, often conflicting objectives; a lack of a proper legal and regulatory framework for effective state oversight; a lack of a strong coordinating entity to exercise the state’s ownership rights; a lack of financial and fiscal discipline; weak boards and management; political interference in day-to-day decision-making; and low levels of transparency and disclosure.

The World Bank Group is already in the game. First, with helping the Government of Ghana to undertake several corporate governance assessments, and then providing technical assistance (through the Economic Management Strengthening project) for improving the governance of SOEs, including through reforms of the oversight mechanism.

So, with the political will, and technical assistance from the World Bank Group, SOE reform could be a big deal for Ghana.

After all, avoiding annual losses of nearly GH¢800 million could, for example, make a substantial contribution toward providing free senior secondary school education (estimated to cost GH¢1bn or $227 million a year) that could benefit some 400,000 children.

Based on the finding of the 2018 World Development Report “Learning to Realize Education’s Promise” that non merit scholarships—which reduce fees on a smaller scale—have increased enrollment at the secondary level in Ghana, reforming SOEs and channeling the savings from this into education, for example, could be a big deal for Ghana!