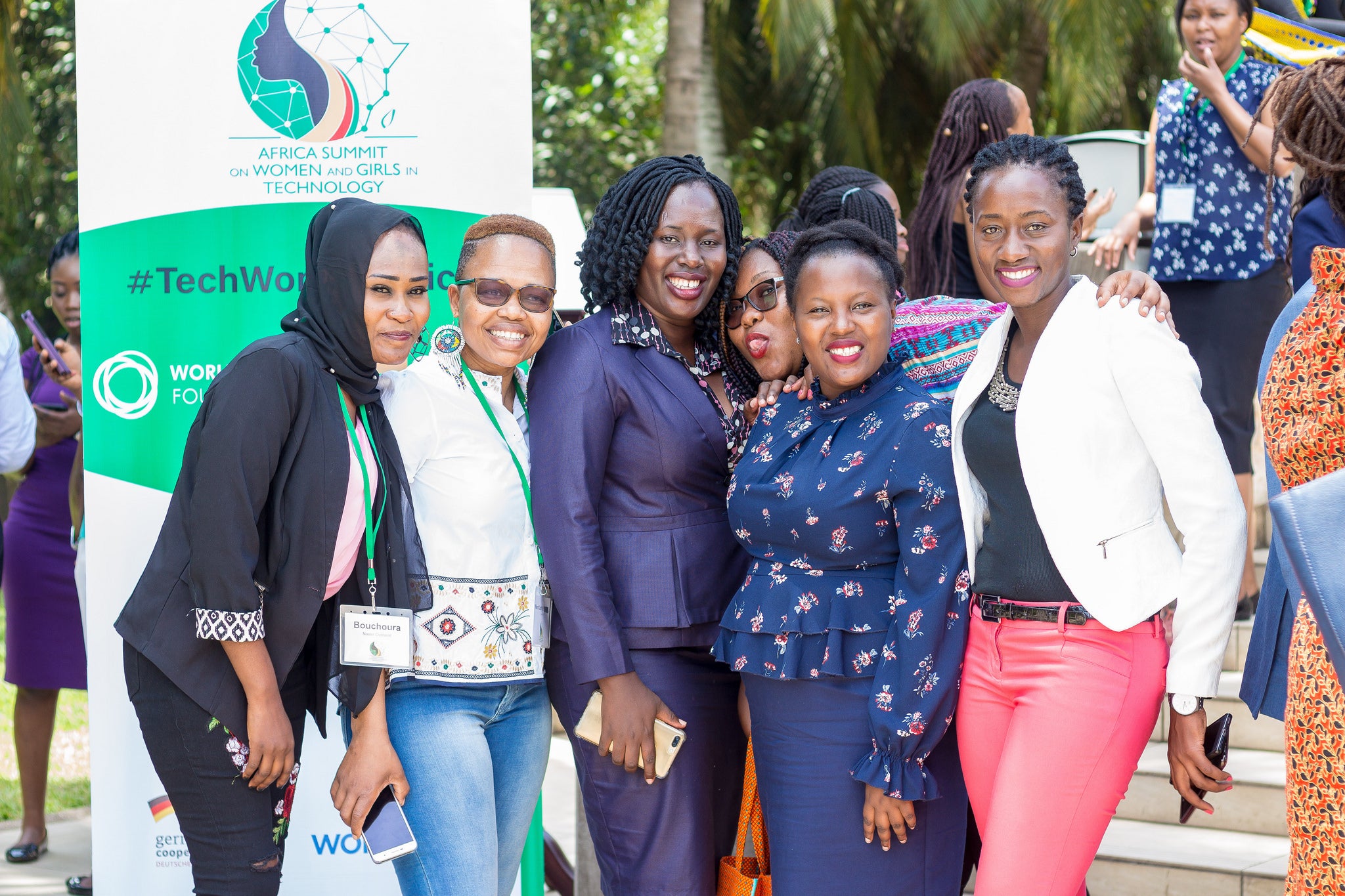 It’s often said that you cannot be what you cannot see. The truth of this adage is becoming clear especially in Science, Technology, Engineering and Math (STEM) careers, where a lack of female role models is increasingly cited as a key driver of women’s underrepresentation in these fields. But a new generation of female role models is emerging in technology, and some hope that their increased visibility will help confront gender stereotypes that often discourage young women from pursuing the careers of the future.

The 2ndAfrica Summit on Women and Girls in Technology held recently in Accra offered a powerful example of this new vanguard. More than 250 advocates, policymakers, innovators and technologists gathered for the conference to explore and advance solutions around access, affordability, digital skills, digital entrepreneurship, and digital safety.

These technologists are creating innovative programs to ensure that women have the tools they need to play an active role in advancing Africa’s digital transformation. They are also serving as role models themselves, creating a virtuous cycle.

The idea that role models can contribute to reducing gender gaps is more than just a theory. Indeed, research suggests that exposure to female role models can increase women’s self-efficacy, aspirations and commitment to working in STEM.

In a recent publication on increasing women’s participation in coding bootcamps, the World Bank Group found that female role models can play an important role in countering masculine stereotypes about technology and help recruit and retain more women. This is why it was so encouraging to see this inspiring group of women taking it upon themselves to recruit and train the next generation of female technologists.

In Northern Nigeria, Sarah Osikhuemhe works with Abo Coders to train young women in advanced tech skills as a pathway to sustainable livelihoods. Many women enter the program having never seen a computer. After six months they emerge with expertise in web development, network administration and graphic design. The big challenge is ensuring there are enough local jobs for graduates.

And in Ghana, Ivy Barley runs Developers in Vogue, a free and flexible coding bootcamp for women that provides on-site and online training, individual mentoring, and job matching. Barley also trains women in the informal sector to use digital tools to increase sales and productivity.

These innovators are also changing the design of their programs to make them more accessible to women. When Tadzoka Pswarayi, Founder of Impact Hub Harare, introduced childcare services for a training, complete with painting and crafts for children, female turnout increased to just under 50%.

A strong message that emerged from the Summit is the importance of increasing the visibility of young women in technology as a step toward more representative policymaking, building support for innovative solutions to tough challenges and inspiring a new generation of leaders.

But visibility is a double-edged sword: it increases risks of online harassment and violence.  Article 19 and International Association of Women in Radio and Television in Kenya hosted a workshop focused on addressing technology-assisted gender-based violence—behaviors like stalking, bullying, sexual harassment and hate speech carried out using the Internet or mobile technology to harm someone based on sexual or gender identity. These groups have focused on this since an increase in violence toward high visibility women during the 2017 Kenyan election.

Recognizing the risks that come with greater visibility, conference attendees were nevertheless optimistic about what greater female representation means for the future of African tech. Amidst the optimism, there was an acknowledgement of the challenges the still lie ahead. For example, role models can only have so much of an impact when access to and affordability of technology for women continues to contribute to a persistent—and in some cases widening—gender gap. More than two billion people live in countries where the Internet is not affordable, while in the Africa region, the share of women using the internet is 25% lower than the share of men and the gap is increasing.

As Nanjira Sambuli, Senior Policy Manager at the Web Foundation and lead organizer of the summit rightly observed, “in technology where everything is about the new fad—this year it’s blockchain, last year it was open data—there are some undercurrents that we must keep paying attention to. Affordable access is the takeoff point, if people cannot afford the devices and to remain online, they’re missing out on everything else.”