It is a capital mistake to theorize before one has data. Insensibly one begins to twist facts to suit theories, instead of theories to suit facts. – Sherlock Holmes. 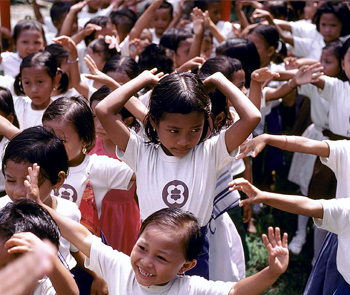 It's a game changer for those working on Indonesia's sub-national development issues. Comprehensive data at the sub-national level is now available to the public through INDO-DAPOER (Indonesia Data for Policy and Economics Research) at data.worldbank.org. DAPOER, which means ‘kitchen’ in Indonesian, is intended to be a ‘place’ where various data are blended, like spices, and cooked to produce analytical works, research papers, and policy notes.

INDO-DAPOER is the first World Bank sub-national database consisting of both province and district level data to be publicly accessible from anywhere in the world. The database provides access to around 200 indicators from almost 500 districts and 34 provinces in Indonesia, which in general go back to the early 1990s and even 1980s for some. The indicators are grouped into four main categories: fiscal, economic, social demographic, and infrastructure. Indicators range from sub-national government revenue and expenditure, sub-national GDP, to specific education, health, and infrastructure indicators such as net enrollment rate for junior secondary, immunization rate, and household access to safe sanitation.

The increasing demand for sub-national data has been the main driver behind the creation of INDO-DAPOER. Since Indonesia engaged in so-called “Big Bang” decentralization in 2001, this process has been the focus of many research projects and studies, intending to monitor its progress and develop a better understanding of sub-national issues in general.  Consequently, the demand for reliable, consistent, and comprehensive data at the sub-national level has increased. This need for a reference database lead the Sub-National Development and Policy team at the World Bank Office Jakarta to start, a few years ago, collecting, compiling, and keeping track of relevant data. Subsequent collaboration with the Development Data Group has taken this project to the next level, notably by standardizing the data format and giving access to the public.

Eventually, INDO-DAPOER aims to contribute to the development of public knowledge on Indonesia’s sub-national issues and to help assess the nuts and bolts of the decentralization process. Students from all levels, academics, researchers, and other relevant knowledge contributors are able to leverage INDO-DAPOER data for their research and studies. Meanwhile, the public, NGOs, the private sector, and policy makers can also use INDO-DAPOER through a user-friendly online interface to check relevant facts and figures, hence fostering transparency and accountability. For example, a simple scatterplot shows that in 2008 there was a negative correlation between district per capita GDP and poverty level; one can also observe a doubling in inter-governmental transfers since decentralization started but limited improvements of public service outputs and outcomes - ultimately indicating efficiency issues with sub-national public spending. excellent, it will be very useful for researchers.
Thanks.

thank you. i found it very helpful. by the way just minor correction Sumba Timur is supposed to be Kabupaten not Kota. Keep up the good work. Waiting forward for new data to be "open".

This database is an outstanding effort in compiling a large number of social, economic, infrastructure and fiscal indicators at provincial & district levels, over years, from different data sources. My only suggestion is very much related to how to handle the data quality (reliability), then to communicate the data shortcomings to the users. Hence, the metadata attached to this database plays a crucial role in maximizing the utilization of the database. Once again, congratulations!