What has the World Bank done for your neighborhood lately? 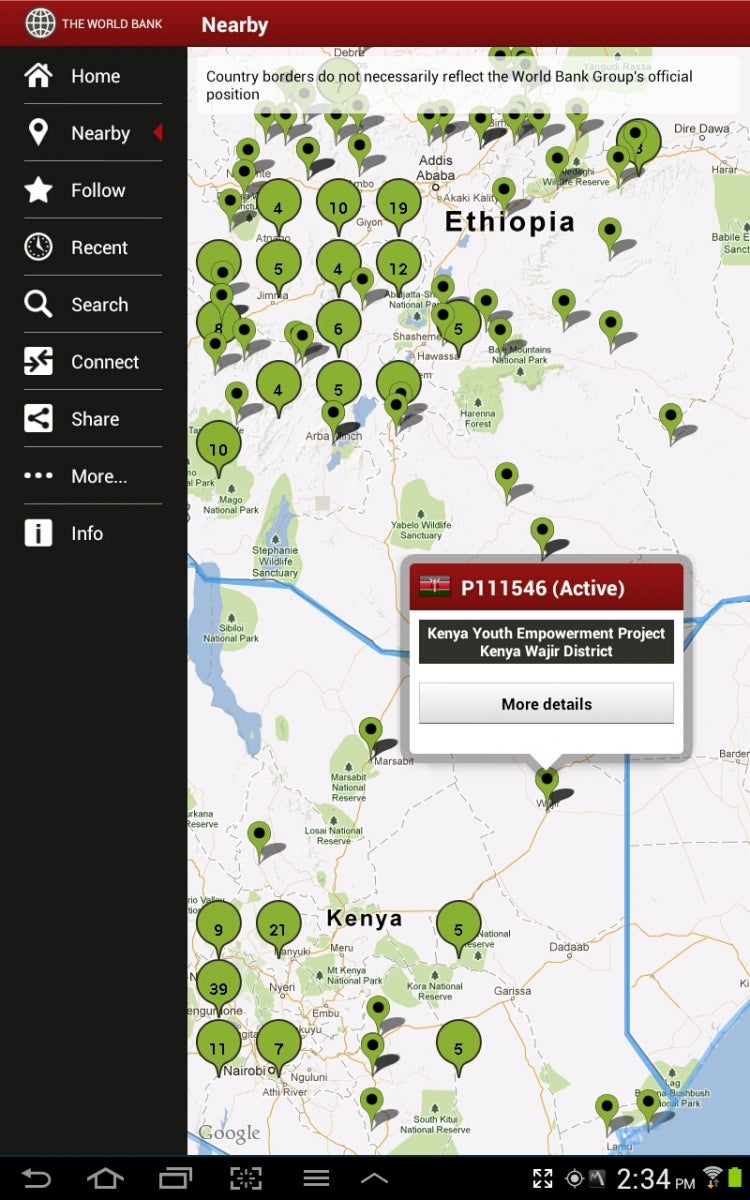 Let’s say you are in the middle of what others may call ‘nowhere’ and need information on the Bank’s work in the vicinity before an upcoming meeting with local officials. Or you are a civil society organization rep and want to make sure that the numbers you have about a particular project are the same as what the Bank reports (and if not, you want to know why not).

Your laptop is no good because - it is the middle of nowhere after all! - and you can only rue your decision to leave your stack of papers behind.

What do you do? Well, the answer might be in your pocket.

It took longer than we'd hoped but it's finally here - the new World Bank Finances app answers many of the questions you asked after the release of the first version last year (click here to download the new version for Android; an updated iOS version will be out soon).


The app tells the story of the Bank's work in countries around the world - where does the money come from, who does it go to, and how the money is used and by whom. With the new version, we add much more detail to the story -


And all of this works offline! So you don’t need to be connected to get your hands on this data - this is something that most of you in the field or in the ‘middle of nowhere’ like our protagonists above (and some others stuck in downtown offices with iffy wireless service!) loved about the old version - no lugging bags full of basic documents because you were traveling ‘out of range’!

We are especially excited that the new app is available in 7 languages (Arabic, Chinese, French, Spanish, Portuguese, and Russian - apart from English which was the only language that the earlier app ‘spoke’) - we hope that this will take the app to new audiences around the world and promote more diverse discussion about the Bank’s work.

One of the goals of the World Bank Finances program is to engage audiences in direct conversation with the World Bank - thus features on the app that let people share information directly to social spaces like Facebook and Twitter, or report fraud/corruption on Bank projects directly from within the app - by supporting additional languages, we want to make it easier for new audiences to talk on their own terms.

So give the new app a spin when you can. Download it now. We look forward to hearing from you. Follow or join the discussion about the World Bank Finances program and the app on Twitter at #wbfinances.