From time to time, we receive queries seeking more information on the estimation of bilateral remittances posted here. Data issues relating to remittances are well-known. We know that outward remittances reported by countries tend to underestimate the true size, because the sum of inflows worldwide is far larger than the sum of outward flows worldwide. We also know that many countries that are known to host large migrant populations report no data on remittances. And many countries tend to attribute a larger-than-real share of inward remittance flows to countries where correspondent banks are domiciled. See Ratha (2007, annex), Global Economic Prospects 2006 (p 105) and Migration and Remittances Factbook 2011 (p xvi) for caveats relating to data on remittances. See also the IMF’s International Transactions in Remittances: Guide for Compilers and Users for more information on remittances data.

The original write-up (from Ratha and Shaw 2007) explaining how bilateral remittances are estimated, is reproduced below (click on the snapshot to download): 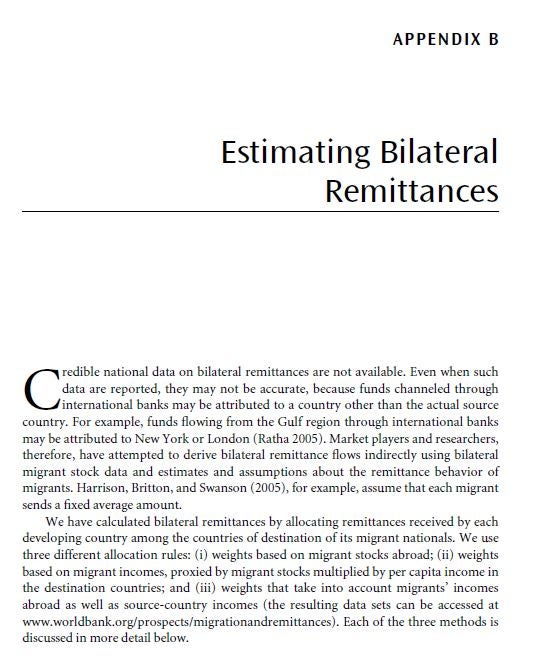