The 24 Schools PPP in Greece: a lesson in perseverance and innovative funding 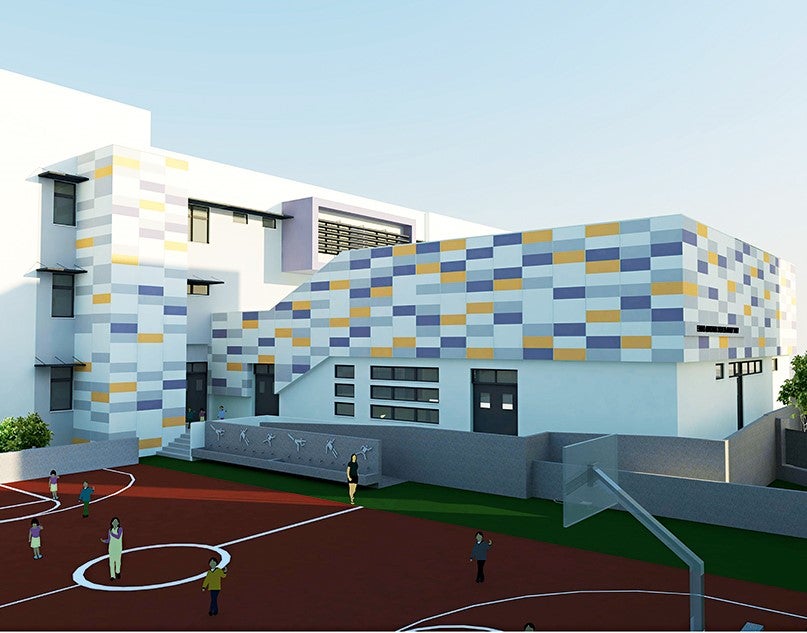 An artist’s interpretation of the Attika Schools PPP Project in Greece, which reached financial close in Q2 2014
(Photo: World Fianance)

In 2014, the 24 Schools Public-Private Partnership (PPP) project in the wider Athens area marked the reopening of the Greek PPP market and was only the second PPP project to reach financial close in Greece.

It aimed to address the existing quantity and quality need for schools, covering 6,500 students in 10 municipalities who came from diverse socio-economic backgrounds in the historical region of Attica, which encompasses the city of Athens. Benefits included the timely and enhanced delivery of schools to improve educational outcomes, better maintenance through the lifetime of the project, the highest service standards, the response to user needs, and significant savings in energy cost.

Today, all parties involved in the operation of the schools (municipalities, teachers, students, parents, local societies) are equally gaining from the experience; they are expressing their contentment and are deeply involved in the continuing success of the project.

According to the Association of Parents and Guardians of Schools in Pallini, "This is an exemplary school, thanks to the partnership of the public and private sectors. Congratulations to all players." The Mayor of Koropi, Dimitrios Kiousis, said the school in his municipality is “an integrated school complex that houses the dreams and hopes of hundreds of parents and students […resulting in…] a new way of socializing and a new social coherence, so important in the course of childhood and adolescence.”

The 24 Schools PPP Project actually refers to two PPP contracts—one for 14 schools and the second for 10—that involve the design-build-finance-operation and maintenance of the schools. They were tendered individually in order to promote competition under the auspices of the PPP Law 3389/2005 in July 2010. The total budget for the project amounted to €110 million. The repayment of the contracts is based on monthly availability payments during the project operation period, according to a strict and detailed quality control mechanism based on predetermined performance criteria.

The contracts were awarded to ATESE and the J&P Avax Group, as the preferred bidders, in December 2010 and January 2011. The 14 schools project almost reached a close in 2012 when, at the peak of the Greek crisis, the availability of commercial bank financing collapsed.

Following the onset of the sovereign crisis, and due to the adverse economic environment, Greece had to effectively overcome serious financing difficulties. The challenge was how to revive the project without retendering, given that the preferred bids were based on pre-crisis financing assumptions.

The structuring and financial closing of the transaction presented many challenges. The EU financial engineering instrument of Joint European Support for Sustainable Investment in City Areas (JESSICA) became part of the funding mix in order to restore economics of the project up to the minimum required level necessary to mobilize equity and debt providers within the boundaries of the pre-crisis tender outcome. JESSICA is an initiative developed by the European Commission in cooperation with the European Investment Bank (EIB) and the Council of Europe Development Bank (CEDB). The sponsors honored their bid and accepted the same unitary charge as per the 2010 bid.

The National Bank of Greece, playing the role of JESSICA’s Urban Development Fund in the case of the 24 Schools PPP project, provided grants for free ICT Labs to all 24 schools.

Finally, the project reached financial close in Q2 2014 as a result of the coordinated efforts of all parties. It was the first project at EU level with such innovative financing, blending EU financial engineering instrument JESSICA with EIB lending. The involved municipalities, teachers’ associations, parents’ associations, and students were eager to see the project on track.

The 24 Schools Project was named “Education Deal of the Year 2014” by the magazine World Finance, due to the structuring and implementation of the project’s innovative funding structure.

The experience gained from this process was invaluable. The project proved to have added value and lessons learned for all stakeholders (the PPP Secretariat, the contracting authority, the banks, the advisory community etc.) It stimulated a learning, innovation and self-improvement culture amongst them and provided the potential for successful replication in other projects in Greece and in the European Union in general.

Since 2014, 10 projects worth €556 million have successfully reached financial close in Greece that span a number of sectors including schools, waste management, transport, ICT and broadband. They have used different innovative financing structures such as blending private capital, EIB funds, EU structural funds, and financial engineering instruments.

Do you have examples of other school PPPs that have made a difference to people and communities? Leave your comments below.

A PPP to take pride in: Early education in Brazil This project will be the best example of a project resulting in good economic valuesfor the public sector and social values., as i think.

Actually ,what comes to my mind are the schools that are constructed in rural
Africa, as a consequence of infrastructure projects that are stablished by PPPS
projects by the World Bank and the International Development Agency . Of course the
role of the World Bank , and other financial institutions , beside local banks , as
in the case of Greek , even when the commercial finance collapse was expected in
this country ,is clear.
In addition to this perspective , all infrastructure projects that PPPS did by the World Bank are reflected positively upon the educational field , building strong
infrastructure means having good quality and good quanity of schools and also hospitals . Under the moto education for all , the World Bank participated in
in developing a large number of schools , specially in rural Africa with the help of the International Development Agency.
Yours Very Respectfully,
Dr. Mohamed Taher Abdelrazik Hamada, Ph.D
Retired Professor at Strayer University, USA
Address
[redacted]

This was great. The public sector and the private sector have always been partners, especially where the social/ common good is identified and with full participation of beneficiaries. I have seen schools for infants, maternity wards in hospitals, constructed and critical but basic hospital equipment purchased through such arrangements. The other area is in afforestation projects and sports, garbage management in urban areas among others.
In sectors of energy, transport infrastructure; roads railways, air ports, sea ports and other complex projects, where there are strategic state interests, the options have to be carefully studied before plunging into the deep sea.

Amongst all sectors, it is the most socially beneficial one to implement PPP in education and schools. Hope to see it all around the world.
Thanks for sharing the news.

An interesting article, thank you for sharing.
I completely agree with the comment that PPP is an effective way of mobilising investment in social infrastructure and can make a significant impact on inequality and social development. I am sometimes frustrated by the perception that PPP is better suited to transport and energy projects, and the education and health present too many challenges. This is not the case, in my experience.
Here in Scotland where I mainly work, we have developed compact PPP structures that have reduced the minimum viable scale of PPPs in education and health sectors significantly, at the same time as addressing many of the traditional criticisms of PPP, namely uncapped private sector returns, lack of transparency and long procurement times. I have personally advised on more than 20 completed PPP deals in these sectors.
Martin Finnigan, Managing Director, Caledonian Economics Ltd. www.caledonianeconomics.com