There’s no such thing as “investment need” 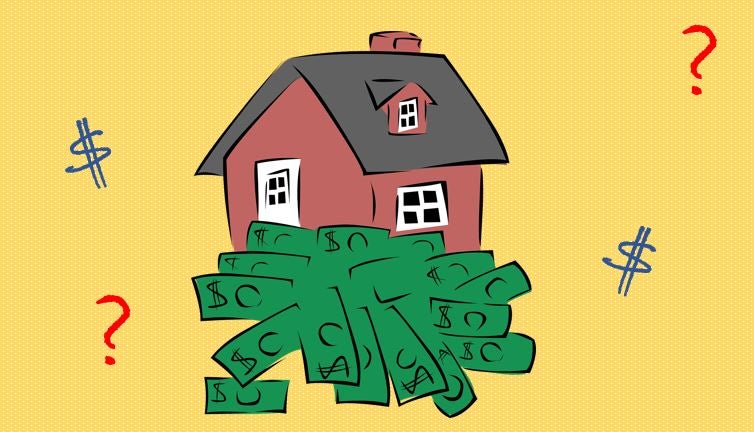 How much money do I need to buy a house? It’s a simple question, but fraught with variables. Where’s the house? In New York City or Tegucigalpa? Is the neighborhood fancy or working-class? How big and elaborate is this house? Does it have marble floors and gold-plated faucets?  Or are we talking about two rooms with basic necessities? Is the builder experienced so work gets done well and quickly, or are there costly mishaps? How clever am I in negotiating with the builder, real estate agent, bank?

Estimating countries’ infrastructure investment is analogous. The point: there’s no such thing as an investment need; how much a country needs depends on its ambition and efficiency in pursuing that ambition. Moreover, any discussion about so-called investment needs holds little meaning if it doesn’t factor in budget constraints, which we all have—whether we’re homebuyers or countries.

Yet, discussions on infrastructure needs in most policy circles are often unhelpful, with huge, imprecise numbers thrown around. This obfuscates the real debate that needs to happen around what societies aspire to and what they can afford—and how to reconcile the two.

Our new research shifts from a simple focus on spending more on infrastructure toward spending better on the right objectives using relevant metrics. We offer a systematic approach to estimating funding needs to close the service gap for developing countries in water and sanitation, transportation, electricity, irrigation, and flood protection.

Importantly, we address the cost to build infrastructure as well as operate and maintain it. The latter are consequential costs, which most estimates overlook. Yet we know that ensuring resources for operations and maintenance is a necessary condition for success.

Exploring thousands of scenarios, we find that new infrastructure could cost developing countries between 2 and 8 percent of GDP per year to 2030, depending on the quality and quantity of service and the countries’ spending efficiency.  We then identify three scenarios.

In the low-spending scenario, ambitions are modest and efficiency is high. Countries only need to spend 2 percent of GDP per year on new capital. Here, countries would: Our high-spending scenario shows high ambition and low efficiency. Countries need to spend 8 percent of GDP annually on capital to provide universal access to safe water and sanitation (that is, treated water and sewerage systems) and the highest tiers of electricity services (enough to power domestic appliances). This investment would also satisfy an ever-growing demand for transport, generated by urban sprawl and individual use of cars.

Our preferred scenario enables countries to achieve universal access to water, sanitation, and electricity; greater mobility; improved food security; better protection from floods; and eventual full decarbonization—while limiting spending on new infrastructure to 4.5 percent of GDP per year. For us, this is the sweet spot where countries: Here, countries would spend an additional 2.7 percent of GDP annually to maintain the infrastructure. But good maintenance generates substantial savings, reducing the total life-cycle cost. In transport and water and sanitation this savings can be more than 50 percent.

What are countries actually spending?

It’s remarkably difficult to figure out how much countries actually spend on infrastructure, as fiscal accounts don’t typically report consolidated information on infrastructure investments across ministries, let alone those undertaken by the private sector. We also released a report that makes a great companion to the research on aspirational spending and provides the first consistently estimated data set on real infrastructure investments in developing countries. This research builds on proxies drawn from national accounts data, fiscal data, and the World Bank’s Private Participation in Infrastructure Database.

Did you catch earlier that the estimated 4.5 percent of spending achieves eventual full decarbonization? I want to emphasize this point and go further: we found that investment paths compatible with full decarbonization by the end of the century needn’t cost more than more polluting alternatives.

So don’t fear the infrastructure financing boogeyman who hurls scary numbers—trillions of dollars per year in gaps, estimates by sector or region. Achieving the infrastructure-related Sustainable Development Goals is possible: smartly, with informed (if hard) decisions.

Read the report here and play with its interactive data portal.


Which sectors have attracted most private investments in infrastructure in 2017?


New report on private capital for infrastructure in the poorest countries: 2017 a stellar year


SDGs and PPPs: What's the connection? What I find interesting is the high maintenance cost; >50% of the Infrastructure cost per year. Did I read this correctly?

I suspect, in developing country especially, training, capacity building and proper oversight may be a significant factor.