A Perfect Storm for Social Enterprises?

It’s fuzzy, it’s trendy, and it’s not even clear how new the whole concept really is. The passions triggered by the new breed of enterprises we now call social may even appear to some almost cultish.

They operate as private enterprises, often with a strong entrepreneurial and innovation culture, but claim to have a broader purpose than just maximizing financial returns for shareholders. They aim to be sustainable (i.e. commercially viable) though they don’t shun grant money from foundations and aid programs to get them started.

Interest in the social enterprise sector will continue to grow because it lies at the confluence of several powerful trends. There are three inter-linked themes: the search for new approaches to the challenges of development, the spirit of technological innovation, and growing global prosperity and integration. 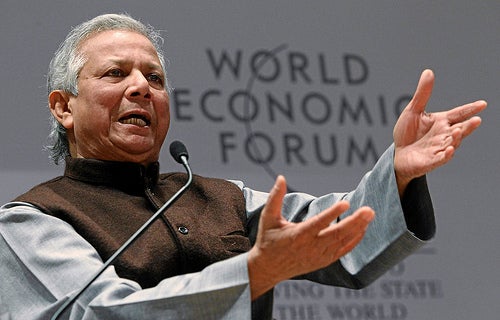 Donors and multilateral development organizations are increasingly emphasizing private sector development as the preferred path to growth. They have seen that promotion of a stable macroeconomic environment and trade liberalization by themselves may not trigger supply-side responses, and that heavy-handed government action through public enterprises and industrial policies are prone to political capture and often result in a checkerboard of local monopolies. There is therefore much interest in policies that make it easier to do business, remove obstacles to external enterprise financing, and develop a pool of skills that can be readily harnessed by a growing entrepreneurial class.

Alongside the traditional official development players, there is a growing industry of nimbler development organizations which eschew action through government and instead promote the notion of market solutions to poverty. They want to tap the private initiative and associative tradition which typically exist at the base of the pyramid. The vision is one of socioeconomic progress based on poor people bootstrapping themselves rather than through prosperity and jobs trickling down.

With the rise of philanthropy, the development space is filling up with a range of players that are blurring the boundary between public and private action, creating the third or civil society sector. They are like public organizations in that they may not be primarily financially-driven and have broader societal goals in mind, but they are like private organizations in that they govern themselves against specific interests and escape a broader accountability beyond their financial backers.

Have you heard that before? Social enterprise investment has the potential of taking the mantle from microcredit, a movement which galvanized people from the left and the right alike around the notion that poor people could be helped to help themselves. Microcredit ultimately failed to build on its own success: products remained narrow, inflexibly designed and very expensive, and the notion that there was a causal link between microcredit and micro-entrepreneurship is proving tenuous. Social enterprise investment is a much more open-ended –and hence potentially more flexible and holistic—approach to spurring entrepreneurship at the base of the pyramid.

At the same time, there is growing faith in the potential of new technologies to dramatically expand the reach and accelerate the take-up of new ideas, goods and services. More than anything, technology gives us reason to be newly optimistic about changing what’s wrong in the world, because technological innovation quickly replenishes our chest of ideas as older ones are worn out. It gives us a sense of why now, more than ever, we may be able to eradicate poverty.

Embracing technology also affects the way business is conducted. Modern thinking and practice around innovation has a strong component of community, openness and sharing. Investors and entrepreneurs come together in hubs, because they know their own ideas will improve if they are opened up to early scrutiny and cross-fertilized with others’ ideas. Social investors and entrepreneurs feel comfortable competing and at the same time collaborating with their peers, and that’s because beyond making money they aspire to change the way things are done and they know they probably can’t do it on their own. Social enterprises tend to have a strong sense of peerage, of community centered on shared aspirations to change the world.

At a broader societal level, technology has given us immediate access to information, and we now feel society’s shortcomings more vividly and immediately than ever before. The affluent no longer live in a local bubble; instead, there is a more shared planetary conscience. Problems may have gotten more complex, but concerned citizens and problem-solvers are more connected.

People are not just more aware, they are also more eager to help. Growing global economic prosperity in the world has generated a class of privileged people –both in terms of economic wellbeing and education— for whom money is no longer the sole driver. With prosperity, money and happiness become more de-linked, and people search different avenues to give purpose to their talents and toil.

More directly, the global financial crisis has taken the gloss out of banking and finance. Few now think that banking salaries, bonuses and investment returns correlate with socioeconomic contribution in any meaningful way. Many investors and finance professionals are therefore eager to bring back a sense of socioeconomic contribution that is distinct to dollar-based measures of investment success. This trend is particularly strong in business schools, where the budding leaders of tomorrow aspire to do good at the same time as they do well. One is no longer satisfying enough without the other.

When an idea stands at the vortex of so many concurrent trends, you can expect it to come to something. The concept is fluid, and that in itself may be its strength: its meaning will be shaped by powerful forces that are already redefining the development institutional landscape. Social enterprises will come to be defined less but what they do –after all, how can you put clean energy, microfinance and technologies for the base of the pyramid under a single banner—and more by how and why they do it. But for that to be meaningful and sustainable, they will need to code their good intentions, the idea of business with a conscience, into a set of governance, managerial and operational practices.

The co-author, David del Ser is Founder and CEO of Frogtek, a social enterprises which provides business tools for micro-entrepreneurs in emerging markets. Technology has the power to change the social enterprise and bridge the gap between profit and non-profit organizations.