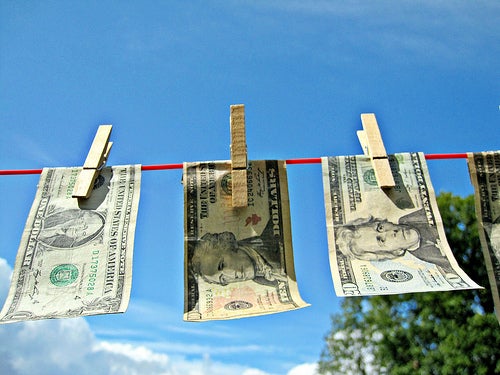 These revised recommendations introduce some very fundamental changes, some of them critical for the client countries of the World Bank.

The most fundamental change is a much stronger focus on country risks and vulnerabilities. That FATF puts this at the forefront – quite literally, it will now be recommendation 1 – is a quantum leap. It is common sense that the risks in major financial centers and in Sub-Saharan African countries are different – and that the policy response should be different. High volume of illicit flows (and the underlying criminal and illegal activities) can destabilize and weaken financial systems and are an obstacle to development. In a recent study on ill-gotten gains in Malawi and Namibia the Bank assessed the magnitude of proceeds of corruption, crime and tax crime, and found that they constituted a meaningful share of GDP, confirming their detrimental economic impact. And speaking of tax crimes, all countries will now have to include the proceeds of tax crimes under their “follow the money” regime. In practice, this means that  all countries  should now mobilize their anti-money laundering instruments to also track down the proceeds of fiscal offences.

There is no rationale for a double standard on AML/CFT – one for developed countries and one for developing countries, but there are compelling arguments for common principles for all and leeway in the implementation of those principles with a focus on risks.

FATF has also dramatically increased its focus on the global risks stemming from the proceeds of corruption, mainly in response to calls from the G20. The goal is to more explicitly show that corruption is both a major money laundering risk and a threat to the effectiveness of AML/CFT regimes.  Over the last three years, together with colleagues of the UN Office on Drugs and Crime, the Bank has put forward a significant amount of evidence that much more needs to be done, including by FATF and its member states, to tackle the proceeds of corruption. Various publications from the Stolen Asset Recovery Initiative (StAR) – on Politically Exposed Persons,  Non-Conviction Based Forfeiture,  Barriers to Asset Recovery and the transparency of legal entities, The Puppet Masters – have made this case, hopefully convincingly! On paper, the new standard will provide better tools to go after stolen assets, in order to prevent, detect, trace, prosecute, freeze, confiscate and return them.

A new and more ambitious international standard is only the first step. Now the real work begins: implementation and review of implementation – through assessments in the context of the Financial Sector Assessment Program and mutual evaluations. This is not just about FATF membership, but about the more than 170 jurisdictions that have endorsed the Recommendations.  Experience since 2003, when the previous set of Recommendations was approved, has demonstrated that the assessment process is what really matters. This is what really bites.  Overall, the level of compliance today is far from satisfactory on some critical Recommendations – not least those related to proceeds of corruption.

The current buzz in the AML community is about effectiveness. Are AML regimes delivering their intended impact? Are these rules really making a difference in practice?

Moving from compliance (“laws on the books”) to the measurement of impact is the right way to go. Really understanding the ML risks (including the laundering of the proceeds of corruption) in a given country and then assessing whether the legal and institutional framework delivers a commensurate policy and operational response  will be the challenge going forward. Focusing on risks is also a more promising way to demonstrate how all jurisdictions, including the big financial centers (on-shore and off-shore), contribute to the global money laundering threat. It is not going to be easy – not least because there is still a scarcity of data on results in the criminal justice system. At the moment, this statistical information is patchy, making it challenging to measure impact. Being able to reach an informed view on enforcement is a major challenge – and a critical step to assess effectiveness.

The fight against money laundering and terrorism financing enjoys very strong support. It has the moral high ground. By focusing on risks and impact, the AML/CFT community should flag how much has been achieved since the launch of this global initiative – but also how much remains to be done. The ultimate AML/CFT objective should never be compliance with some standard for the sake of it. The ultimate goal  should be the effective fight against money laundering and corruption (and the financing of terrorism). The international requirements are there as a way to serve that purpose- they are not the end goal.

FATF has committed to completing its work on how to conduct assessments by February 2013. Experts and AML geeks will be discussing the revision for months to come. Is it ambitious enough, or the result of too much compromise? Is it too costly or inadequate to address the “black holes” of financial globalization? We are trying to make these discussions less esoteric.  Let’s roll up our sleeves! Please join the debate- we’re going to need all the help we can get to get this right. It's heartening to learn that improvements have been incorporated in AML/CFT, and seems convincing. However there is a strong need to harmonize the local laws and working parameters of the implementing country. It has been observed in most of the cases that either there is duplicity of domain / jurisdiction which compromises the whole issue or dithering on the part of agencies. It would be in the best interest of precise implementation that jurisdiction of local agencies be studied and task be assigned to a specific agency having integrity and capacity of handling. Besides the prosecution is difficult in most of the cases it would be helpful if few members of legal profession and members of judiciary be given insight on this account. Unless a cobweb of entire activity is not designed and laid properly it's difficult to fetch desired results, and the diligent efforts in designing laws to address the global threat will go in vain.

From my perspective, this is more of a Risk Based Approach to handling money laundering risk which I think is in the right direction as far the effective implementation of the new recommendations are concerned. For me my concern has always been how a novice can have a responsibility appetite for the fight against money laundering irrespective of his occupation.