How do they do it? Public-private partnerships and universal healthcare

I pay through the nose for health insurance for my family, and I’m not happy about it. As a U.S. citizen, I don’t have the luxury of government-backed healthcare. Since I’m technically self-employed, I have to pay the full premium myself. Want some figures? It costs me $830 a month for a family of four, with a high deductible. Besides being expensive, it takes a huge effort to deal with insurance issues, and I find that my provider is expert at finding reasons not to reimburse me for medical expenses. This is chewing a gaping hole in my budget. The only way I’ll ever get value for my money is if I’m hit by a bus. 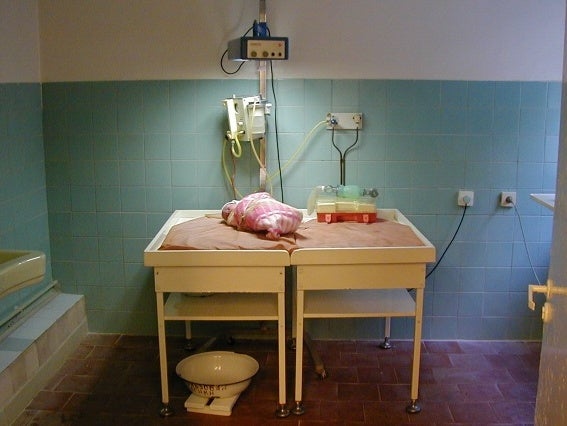 I can only envy my European and Canadian colleagues, who don’t have to waste time or energy worrying about coverage. I hope that Obamacare, when it kicks in 2014, will provide some relief, though it’s very possible that Congress will disembowel it by then. It amazes me that the United States could put a man on the moon but can’t manage to provide decent, affordable healthcare for millions of its people.

Other governments are finding clever ways to tackle the problem. In the latest issue of Handshake, IFC’s quarterly journal on public-private partnerships (PPPs), I found plenty of examples. Ghana, for example, established a National Health Insurance Scheme (NHIS), which uses a combination of public and private coverage to provide virtually everyone with some kind of health insurance. Mexico, which is often in the news because of its battle against drug cartels, has been steadily extending health coverage for its citizens, and expects to achieve universal coverage by the end of this year. And Singapore, a tiny island nation that always seems to get things done, spends only $1,833 per capita on healthcare (compared to $7,164 in the United States) yet provides universal healthcare for its citizens. And it’s working: the average life span in Singapore is nearly 82, higher than the average of 79 in the United States.

What do Ghana, Mexico and Singapore have in common regarding their healthcare systems? First, there’s political will—their governments have made access to healthcare a top priority for all citizens, including the poor and unemployed. Second, their solutions involve a partnership between government and the private sector. This includes everything from building healthcare infrastructure to operating healthcare facilities to providing insurance.

I hope that the U.S. Congress takes note and puts healthcare above politics. In the meantime, I’d be interested in hearing from readers what their countries do to address healthcare needs.

Many developed countries use public health systems, providing universal healthcare at much lower cost than the USA.

Public/private hybrid systems can work well, but a large private sector component is not necessary to achieve better outcomes than the US at lower cost. See Canada, UK, Australia, New Zealand, France, etc.

David,
Good points - and I very much enjoyed the latest addition of Handshake. As a UK citizen who has lived andd 'enjoyed' various health care systems around the world, I would make the following comments.
1. We all pay for health care; in the US you pay directly and in the UK via taxation. You could argue its at least transparently expensive in the USA.
2. My experience of health care in the USA is that those with care (big caveta) enjoy the best care in the world - too much care perhaps. But the alternative extreme is the Uk which has the worst quality of care in Europe and most OECD countries. Those who rave about the NHS in the UK are usually those that never use it (wealthy, healthy, middle class Guardian readers).
3. There are public good and private good elements to health care. It would be logical therefore that both the state and the govt share in the costs. The France/Canada/Australia models are probably worth looking at.

David, the excessive "privateness" wrt financing (e.g. not everyone is mandatorily covered by public funding or social insurance) is a key driver of the excessive costs in the US.
While I believe use of PPP models have much to offer many health systems - they have little to offer to the US to help it solve their key systemic weaknesses. PPPs (where private actors are brought into previously public provision activities) have shown that they can, under some circumstances, improve service provision, and possibly increase efficiency enough to bring down per unit service cost. Since provision in the US is already dominated by private provision, it's hard to see where PPPs have much to offer. There have been some experiences with contracting out management of public (safety net) safety net hospitals, and a few PHC/ preventive services provided by local health departments - but these reforms don't get at the US problem: lack of universal coverage, and therefore the inability to use the payment system to contain costs.