Innovation and Insurance: Protection Against the Costs of Natural Disaster 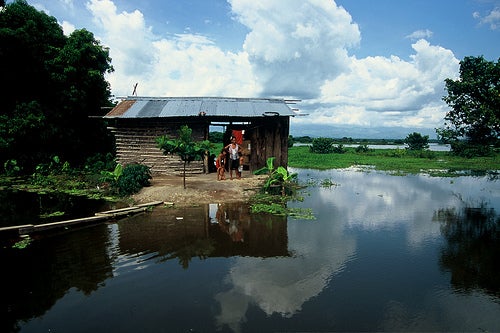 Natural disasters – such as tsunamis, earthquakes, cyclones and floods – are costly to society, in terms of both human destruction and financial losses. Governments ultimately bear the full cost of the havoc wreaked by natural disasters, which can create an enormous strain on limited government budgets, especially in developing countries. This is even before we begin to contemplate the development impact and how the poorest of the poor are disproportionately affected.

Just last week, the world saw the widespread damage that the St. Jude storm inflicted across Europe, and we witnessed its effect on hundreds of thousands of people. Most advanced economies, however, have sufficient capacity to be able to absorb the financial losses inlicted by natural disasters. Higher-income countries enjoy (relatively) efficient public revenue systems and developed domestic insurance markets.

By contrast, developing countries do not have the same degree of access to financial and insurance markets. They face limited revenue streams, limited fiscal flexibility, and limited access to quick liquidity in the wake of an event. This is particularly so for Small Island Developing States (SIDS), such as the Pacific island nations.

So, what can be done? How can we help small island states gain better access to funds? How can these governments secure a channel for quick liquidity, which will allow them to begin emergency relief activities?

To address these kinds of questions, the World Bank has teamed up with Pacific island nations to develop the Pacific Catastrophe Risk Insurance Pilot, which was launched earlier this year. (The second phase of the pilot went live on November 1, 2013.) The pilot aims to test whether quick insurance payments can help the affected countries improve their budget flexibility and strengthen their early response. Following the success of the first season of the pilot, the Cook Islands joined the original five countries – the Marshall Islands, Samoa, Solomon Islands, Tonga and Vanuatu – adding to the expanded coverage and lower premium cost of the pilot. 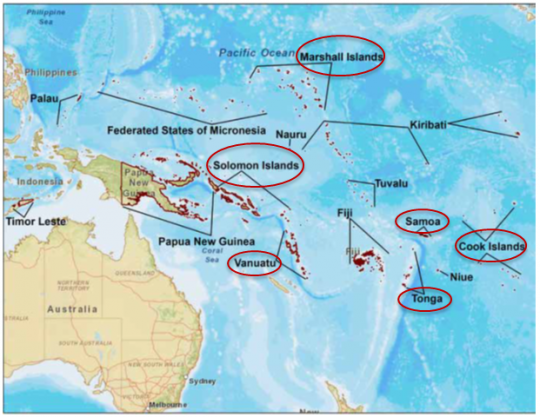 The Pacific Catastrophe Risk Insurance program has piloted several innovations. It is the first Pacific program to use parametric triggers – that is, scientific measurements (such as wind speed or earthquake magnitude) of pre-agreed hazard events (in this case, earthquakes/tsunamis and tropical cyclones) to trigger a rapid insurance payout. It is the first time that Pacific island countries are able to pool their country-specific risks into one, better-diversified portfolio. This type of risk-pooling helps lower the cost of the insurance premium. It is also the first time that the World Bank has acted as an intermediary between a group of governments and a group of reinsurance companies selected through a competitive bidding process.

However, the Pacific pilot is not a silver bullet: It is only designed to protect governments against extreme losses and to ensure that they can have access to quick although limited funds for their immediate response post-disaster. Proactive disaster risk reduction and post-disaster donor assistance will always play an important role. Nevertheless, the Pacific pilot offers the opportunity to engage on a broader dialogue on disaster risk financing with the Finance Ministries of the Pacific island countries. Advisory services on post-disaster budget execution and on insurance of key public assets complement this pilot.

The Pacific Catastrophe Risk Insurance Pilot is part of the broader Pacific Disaster Risk Financing and Insurance (DRFI) Program that is designed to increase the financial resilience of Pacific island countries against natural disasters. The World Bank, in partnership with SPC-SOPAC and with the support of the Government of Japan, has been working with Pacific island nations since 2007 under the Pacific Catastrophe Risk Assessment and Financing Initiative.