Svetlana Nikolaevna had never seen so much cash in her life. It was her family’s life savings, a huge stack of $100 bills, totaling $250,000. The girl behind the glass was counting it, verifying the authenticity of each bill with a scanner that beeped its approval if everything looked OK. Then, just to be sure, the girl examined each note under an ultraviolet light.

Eventually she opened a little 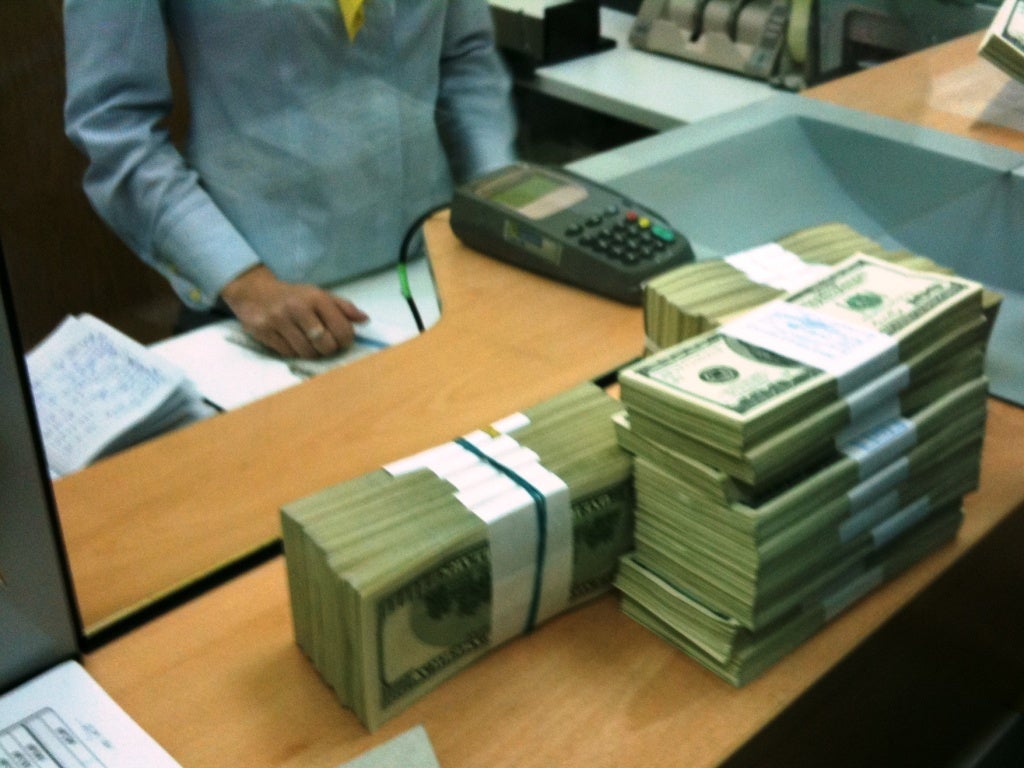 Plexiglas door and shoved the cash through, each stack of $10,000, carefully bound in paper with a stamp and an official signature. Svetlana put the bricks of money in a bag, slung it over her shoulder, and pulled on jacket to hide it.

Then she stepped out of the bank and into the street.

Svetlana Nikolaevna was not a drug dealer. Nor a spy. Neither was she a prostitute, a seller of corporate secrets, or involved with organized crime. She was just a middle-class professional woman whose family saved money for years to buy an apartment. And in Ukraine, you buy apartments in cash.

“I was really frightened,” she said. “I thought that the teller, or maybe the seller, might tell someone I’d be leaving the bank with a lot of cash, and that I’d be robbed as soon as I walked outside.”

Buying an apartment in Ukraine is a process fraught with risks, both before and after you step out on the street with your life savings hidden under your clothing.First, you have to worry about your real-estate agent. Svetlana’s first agent tried to buy and re-sell the first apartment she was interested in at a hefty markup. The next one collaborated with the other agents, who kept raising the price as soon as she showed interest—not something likely to happen in a frozen real estate market. Eventually she found the apartment she wanted herself and approached the seller’s agent directly. “This gave the agent a strong incentive not to cheat me, since she stood to get two commissions,” Svetlana explained.

The next worry is the notary, whose job it is to check all the legal documents related to the sale. Many notaries can be bought for a pittance, meaning that you might end up buying an apartment that isn’t legally yours. There have been cases where a buyer fixes up and moves into an apartment, only to have a stranger knock at the door and claim it. Sometimes apartments are sold to more than one buyer, or a wife appears and says her signature was forged. In these cases, the documents turn out to be false, and the notary is nowhere to be found.

Then there is the matter of buying in cash. Neither buyers nor sellers are comfortable with wire transfers. Wiring fees are high, and using cash makes it possible to execute the sale in U.S. dollars, even though by law you have to use Ukrainian Hryvnias.

But the main worry is security. “What if I sent the money and then something went wrong?” asked Svetlana. “How would I get my money back?” Legislation for escrow accounts is not in place yet.

Svetlana walked for ten frightening minutes to the seller’s bank, her husband trailing her with a decoy backpack stuffed with newspapers. They arrived without incident. The transaction took place during lunch hour, when the bank was closed to the public.

Only when Svetlana saw the buyer, she did she begin to relax—he was old enough to be a war veteran. Definitely not the bandit type. More telling, he was even more afraid than she was. His hand shook as he signed the documents.

Today, Svetlana lives in her new apartment with her husband. The building is new, so there’s not much chance that anyone could make a dodgy claim on it. When asked why her husband didn’t carry the cash, she just laughed. “I didn’t want anything to happen to him,” she said.

Yes, true. My wife's mother's sister lost her apartment in just such a way. She was a single woman and lived in a nice apartment. One day she came home, and two big men were inside. The lock was changed. They threatened her. She was too embarrassed to tell her family. During her days of privilege, she hadn't helped them much.
Today, I met the owner of Zoloche real estate. He is a great guy. I was surprised when he told me everything is paid for in cash. The banks want 36% interest per year. All his buyers pay cash, too.