Migrants: An Economic Force in Tajikistan 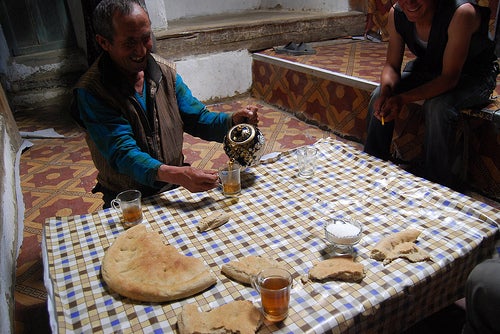 As the World Bank’s Lead Economist for Tajikistan, Sudharshan noticed that Tajiks were on the move. In response to the country’s various crises, they sought new opportunities, mainly in Russia. They had no support from government, and little attention from donors, but the money they sent home created a huge economic impact.

“I got excited,” Sudharshan said. “I could see that migration was an undervalued economic force in many CIS countries.” Indeed it is. The Bank reports that there are 27.3 million migrants in Europe and Central Asia alone, who sent an estimated $40 billion back home in 2011. This figure dwarfs official developmental aid.

Sudharshan wanted to raise awareness of migration as an economic force. So he scraped up donor funding and set up the Migration and Remittances Peer-Assisted Learning Network (MiRPAL), a knowledge-sharing “community of practice” which promotes discussion on migration issues in ECA. Today, MiRPAL is a big success.

Sudharshan’s family doesn’t always appreciate his passion, especially when he attends video conferences in the middle of the night or spends weekends writing for the Bank’s PeopleMove blog.

“I can’t help myself,” he explains. “Migration is as old as the history of humanity. And besides, I’m sort of a migrant myself.”