Is Rwanda the next big thing in Africa? 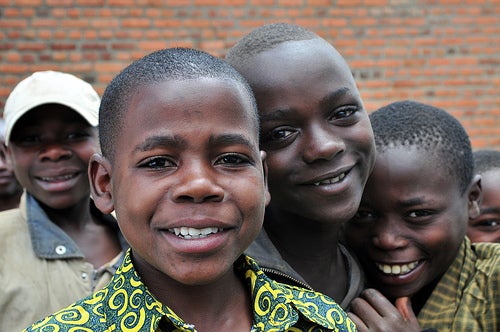 Over the last few years, a lot of optimism has been built around Rwanda being the next big thing in Africa. I guess one reason for this optimism is Rwanda’s impressive list of business friendly reforms and its equally impressive growth performance. Between 2006 and 2011, per capita income in Rwanda grew at an average rate of 5.1 percent per annum, fifth highest in Sub-Saharan Africa (SSA) region and much better than the regional average rate of 2.4 percent. Moreover, Rwanda currently ranks third in the region in the quality of the business environment as measured by the World Bank Group’s Ease of Doing Business index. So, is Rwanda really the next big thing in Africa?

A comprehensive survey of non-agricultural private sector firms in Rwanda tells a mixed story.  The survey, conducted by the World Bank Group’s Enterprise Surveys team in 2011, confirms that in some important aspects of the business climate such as access to finance, power supply, etc., Rwanda does much better than the rest of the region. However, in other business climate measures such as labor laws, transportation, tax rates, etc., Rwanda is no better or sometimes worse than the rest of the region. Let me provide examples to illustrate the point.

Power supply seems to be much better in Rwanda than elsewhere in the region. For example, losses due to power outages amount to 2.2 percent of firms’ annual sales which is lower than the rest of the region’s average of 6.4 percent.  Percentage of firms using e-mail is much higher in Rwanda (76.5 vs. 47.4 percent) and the same holds for firms having own website (34.2 vs. 19.1 percent). Moreover, crime faced by businesses such as theft, robbery, vandalism and arson seems to be less severe in Rwanda. For example, the percentage of firms that experienced an incident of crime during the last year was much lower in Rwanda (18.3 vs. 29.1 percent), and the same holds for losses due to crime as percentage of firm’s annual sales (0.7 vs. 1.7 percent).  Additionally, Rwandan firms seem to enjoy better access to finance than their regional peers and are also less likely to be financially constrained. The figure below illustrates the point.

Source: Enterprise Surveys, various rounds. Financially constrained firms are defined as those firms that did not apply for a laon during the last year due to reasons other than “no need for a loan”. Reasons for not applying inlcude high interest rates, high collateral, complex application procedures, etc.

Inspections by tax officials are less common and corruption is lower in Rwanda than elsewhere in SSA. About 54.1 percent of the firms were inspected by tax officials last year, which is significantly lower than the rest of the region’s average of 72.6 percent. Further, among firms that were inspected, the percentage required or expected to pay gifts or informal payments is much lower in Rwanda (4.5 vs. 17.8 percent). Based on firms’ response, the amount firms typically pay government officials to get things done averages a mere 0.1 percent of firms’ annual sales which is a much lower figure than the rest of the region’s 2.5 percent.  The level of severity of corruption as obstacle to firm’s operations (on 0-4 scale) is also much lower in Rwanda than elsewhere in Africa (1.0 vs. 1.8).

However, exporting activity is less common when compared with the rest of Africa or the landlocked countries in Africa. This holds in terms of both the percentage of firms that export (directly or indirectly) and the percentage of typical firms’ annual production that is exported (directly or indirectly). Specifically, prior to the survey, 6.1 percent of the firms in Rwanda were involved in exporting activity during the year. This is significantly lower than the average of 10 percent in the rest of Africa. Similarly, averaged across all firms (exporting plus non-exporting) in the country, a typical Rwandan firm exported 1.6 percent of its annual output which is much lower than 4.1 percent average among the remaining African countries.

The Enterprise Surveys data seem to confirm that by regional standards, Rwanda is doing well in quite a few important areas of the business climate. However, in some of the other aspects of business environment, Rwanda’s performance is just about at par with the regional average or worse than the frontier or best practice countries. These areas, such as exporting activity, labor issues, skill availability, tax rates and tax administration as obstacles to firms, transportation, etc., present an important opportunity for Rwanda to mimic its neighbors thereby to further improve its business climate.