Small states in search of big solutions: How the Caribbean Growth Forum is accelerating pro-growth reforms 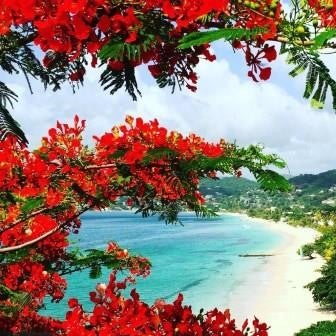 Many Caribbean States have long been trapped in a vicious cycle of low growth, high debt and limited fiscal space. The impact of the 2008 financial crisis, as well as recurrent natural disasters, has made the situation even more acute in the region.

To address the structural and policy obstacles to development and growth, a multi-stakeholder dialogue platform on growth in the Caribbean was launched in 2012 by policymakers, the private sector and civil society from 12 states in the region. The Caribbean Growth Forum (CGF) was championed by the states’ prime ministers, and focal points were appointed in the respective Ministries of Finance. The World Bank, acting as the CGF Secretariat, has been behind this initiative from the onset, in collaboration with other regional development banks and various development partners active in the region.

Using a conceptual framework of reform identification, tracking and reporting, CFG’s stakeholders have made 495 reform recommendations so far – 40 percent of them actionable in the three pre-identified thematic areas: investment climate, connectivity and logistics, and productivity and skills. The World Bank in 2015 undertook a stocktaking exercise, which identified the CGF’s positive impacts and the areas of improvement.

The benefits of the CGF are unanimously recognized: the generation and dissemination of knowledge to support the reform implementation in the three thematic areas; support for the prioritization of government reforms; the strengthening of stakeholders’ accountability; the creation of social capital by giving a voice to a range of stakeholders; peer-to-peer exchanges and pressure; and the fostering of a culture of dialogue in the policy reform agenda.

Along with Cecile Fruman, Director of the Trade and Competitiveness Global Practice of the World Bank Group, I was honored to participate and speak at the launch of the Second Phase of the CGF in Belize on March 1 and 2. The objective of the event was twofold: to share and discuss the lessons learned so far, and to have the finance ministers of 12 Caribbean countries endorse a Joint Communiqué.

That communiqué, according to Sophie Sirtaine, the World Bank’s Country Director for the Caribbean, “signals the renewed commitments of these Caribbean nations to accelerate growth enhancing reform implementation, while strengthening public accountability through strengthened public-private dialogue (PPD) mechanisms.”

While the Belize event was of significant political importance, the opportunity to reflect together on what should be improved, in order to accelerate the reform process, was welcomed by all the participants.

Areas of improvement include the need for enhanced government coordination; private-private dialogue; more accountable PPDs; the sustained involvement of stakeholders throughout the process; the refinement of the reform agenda’s setting, by looking at the identification and prioritization methodologies; and an enriched CGF communications and outreach strategy.

This event was an important milestone for the CGF’s member countries. The second phase of the CGF will build on the successes that have been learned from its challenges and will look forward to addressing such additional priorities as access to finance, competitive industries and entrepreneurship. There will be a greater focus on results, transparency and accountability.

In search of big solutions to tackle big problems, these Caribbean states have once again committed collectively to work with an inclusive range of stakeholders on finding solutions for sustainable growth, competitiveness and job creation.