The struggle for survival for Caribbean cleantech SMEs

They had to do something different, something memorable, which would make people realize just how tough it is for small businesses in the Caribbean to survive, “So we held a funeral”. Rosalea Hamilton, the President of the Jamaica-based MSME Alliance explained that they staged a funeral to mourn for the death of small and medium enterprises (SMEs) in Jamaica. The objective was to draw attention to a petition presented to the Prime Minister on ways to support the sector. As the poster for the event underscored, if nothing changed to help Caribbean entrepreneurs, their ventures were as good as dead. 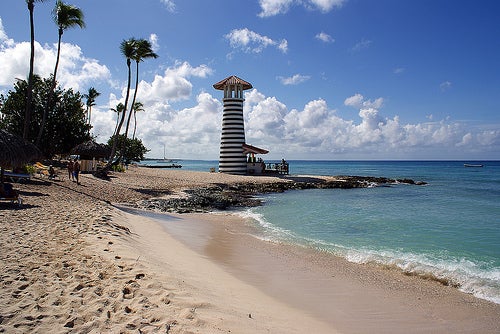 According to Rosalea, one of the top challenges facing businesses in Jamaica is the cripplingly high electricity costs, which can account for 25% of a business’s expenses. Jamaica, along with many other Caribbean countries, is highly dependent on foreign oil. This is in spite of numerous domestic natural resources that could be used to move away from fossil fuels, such as solar, wind, and geothermal energy, biofuels such as bagasse, and waste-to-energy systems. Given the high energy prices, start-ups developing alternative energy solutions should thrive in the Caribbean. But ask regional cleantech entrepreneurs, and a different story emerges.

Graham Herbert, managing director for B-Oil Belize has a winning formula to generate profit while supporting socially conscious causes. Graham plans to sell the Oorja cookstove, a clean and odorless stove developed in India, and produce biomass pellets from Jatropha curcas to fuel the stoves. He will employ women in rural villages to resell the pellets to stove owners, ensuring constant local supply.

Great idea? The local bank didn’t think so. Alternative energy technologies are new to the Caribbean, and commercial banks are unwilling to finance unproven ideas. Similarly, Jason Robinson, founder of Solar Buzz Jamaica installs Owl Energy monitors in homes that help customers save over 30% on their electricity bills. Even with the relatively short payback period, it’s still tough for his clients to front the initial costs without bank loans.

Although many Caribbean governments have expressed an interest in promoting alternative energy technologies, the policy environment still has a long way to go. The Jamaica Solar Energy Association has been advocating for incentives to support renewable energy. While the government has put some policies in place such as net billing, introducing net metering—a ‘must-have’ according to Association President Roger Chang—would make solar power in Jamaica even more cost competitive.

But despite these challenges, the Caribbean holds great potential to develop and distribute climate and clean energy technologies. Barbados provides an admirable example with the success of its solar water heating (SWH) industry—such heating systems are now installed in 50% of homes across the island. SWH began to gain traction in Barbados during the oil crisis of the 1970s with government incentives such as tax exemptions on SWH components and a consumption tax on conventional heaters. Today there are three successful companies installing systems in Barbados, throughout the Caribbean, Latin America, and even Africa.

There is no doubt that the Caribbean region has the right ingredients to drive new cleantech sectors, and while some entrepreneurs are taking advantage of these opportunities, many fail to survive. infoDev’s Climate Technology Program is currently designing a Climate Innovation Center (CIC) in the Caribbean to support these entrepreneurs in overcoming local challenges through providing seed capital, policy advice, mentorship and a range of other services. With the CIC launching next year, there is hope for emerging Caribbean cleantech companies to access the support they need to thrive and contribute to the competitiveness of the region’s broader SME sector. great article, i have visited quite a few caribbean countries and im always impressed when i see a push for solar , and its quite more prevelent than what i see in the united states.