From Nairobi to Manila, mobile phones are changing the lives of bus riders 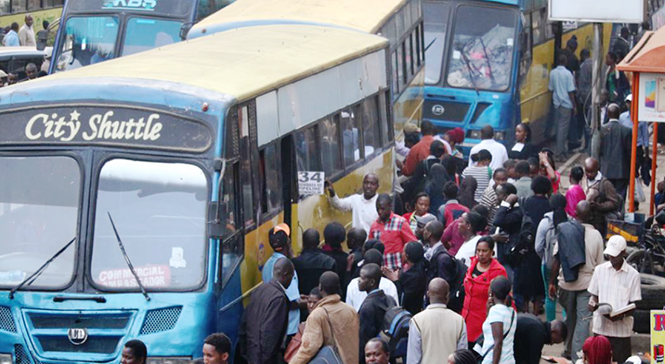 Every day around the world, millions of people rely on buses to get around. In many cities, these services carry the bulk of urban trips, especially in Africa and Latin America. They are known by many different names—matatus, dalalas, minibus taxis, colectivos, diablos rojos, micros, etc.—but all have one thing in common: they are either hardly regulated… or not regulated at all. Although buses play a critical role in the daily life of many urban dwellers, there are a variety of complaints that have spurred calls for improvement and reform. For users, the lack of information and visibility on services has been a fundamental concern. Having to pay separately for each ride disproportionately hurts the poor traveling from the periphery, who often have to catch several buses to reach the center. The vehicles are old and sometimes unsafe. Adding to concerns about safety, bus drivers compete with each other for passengers in what is known in Latin America as the “guerra del centavo” or “penny war”. Non-users, planners, and city authorities also complain about the pollution and accidents caused by these drivers as well as the congestion generated by the ‘wall of buses’ on key city arterials.

To address these issues, cities have attempted to reform these informal bus services by setting up concession contracts and bring multiple bus owners and operators together under formal companies (refer to the attached note: Bus Reform in Developing Countries—Reflections on the Experience thus Far). But even though some of them have made great strides in revamping their bus services (particularly by implementing Bus Rapid Transit systems), the overall success of these attempts has been limited, and unregulated buses remain, in countless cities, a vital component of the urban transport ecosystem. 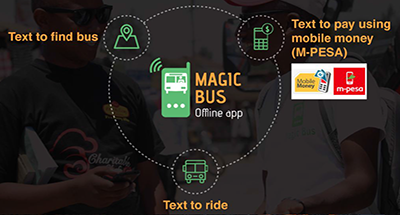 However, we are now witnessing a different, more organic kind of change that is disrupting the world of informal buses using ubiquitous cheap sensors and mobile technology. One hotbed of innovation is Nairobi, Kenya’s bustling capital. Two years ago, Nairobi made a splash in the world of urban transport by mapping all the routes of informal matatus. Other countries have sought to replicate this model, with open source tools and crowdsourcing supporting similar efforts in Mexico, Manila, and beyond. Back in Nairobi, the Magic Bus app helps commuters use sms services to reserve and pay for seats in matatus; in September 2016, MagicBus’ potential for easing commuter pain in the Kenyan capital was rewarded with a $1 million prize. Other programs implemented in collaboration with insurers and operators are experimenting with on-board sensors to identify and correct dangerous driver behavior such as sudden braking and acceleration. Ma3Route, also in Nairobi (there is a pattern here!) used crowdsourcing to identify dangerous drivers as well as congestion. At the same time, operators are upping their game: using technology to improve system management, control and routing in La Paz, and working with universities to improve their financial planning and capabilities in Cape Town.

Against this backdrop, the question is then: can these ongoing experimental initiatives offer a coherent alternative to formal reform? Is it possible to scale up, replicate and stitch together this type of incremental improvements in order to: reduce congestion, pollution and crashes; preserve the agility and market-responsiveness of existing operators while helping them modernize their fleet and services; improve passengers’ experience by reducing travel times, providing more reliable information, and improving driver/vehicle quality? While it is still early days and these ongoing pilots have not led to a complete transformation of bus services just yet, they certainly offer promise: Of course, these innovations cannot solve all problems… In particular, giving buses priority and providing higher capacity vehicles along the busiest routes probably requires more active government coordination. The revolution has yet to happen…but there are more than a few reasons to feel optimistic about the future of reforming informal buses.

What do you think? Please do not hesitate to comment or reach out to us if you know of any interesting and innovative pilots to improve informal bus services in a developing country. We’d love to hear from you!