In the Pacific, climate change means trying to expect the unexpected 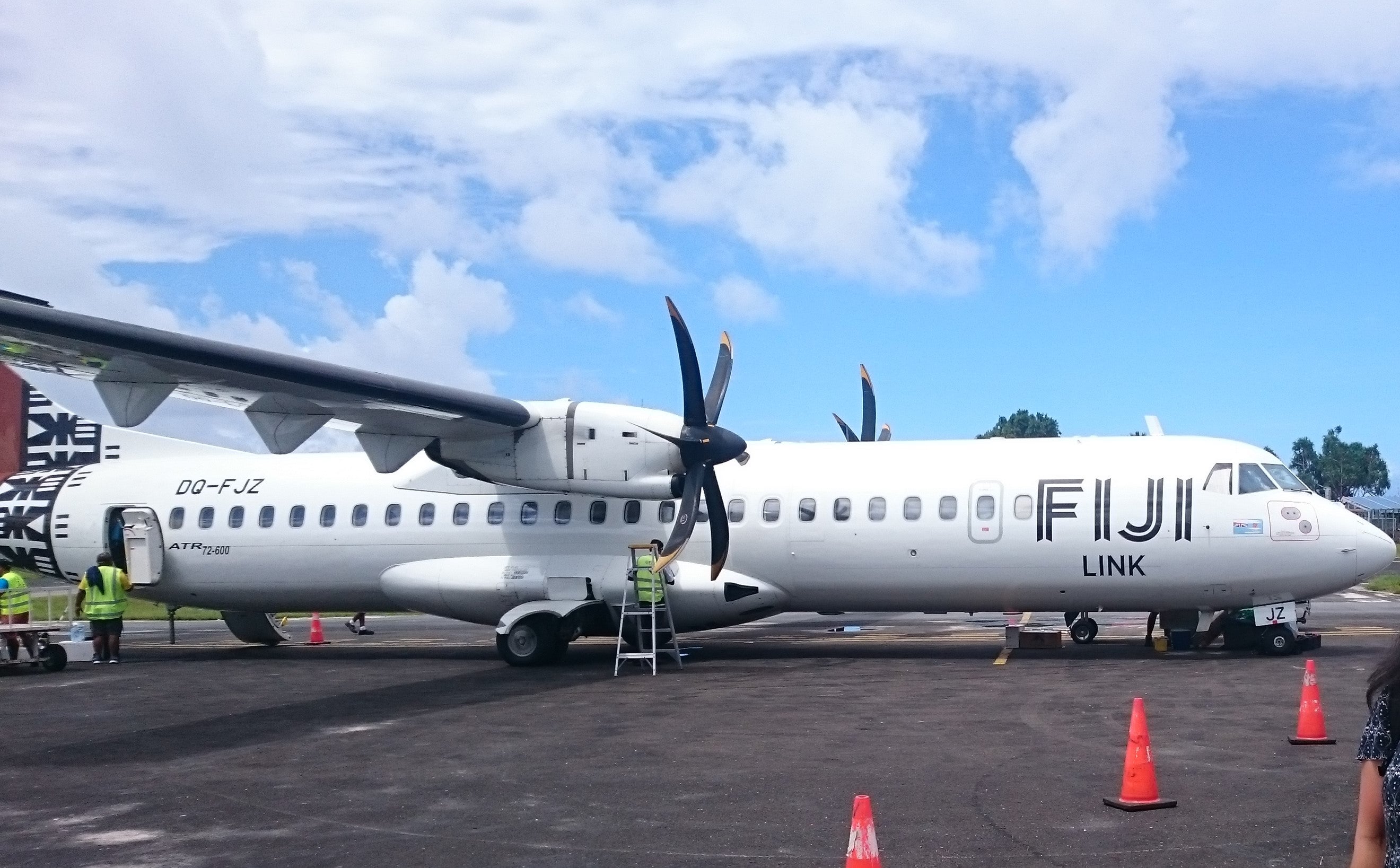 I was reflecting on the saying that “ignorance is bliss” as our plane was landing in Tuvalu, a small island nation in the South Pacific. We had been advised that portions of the recent runway resealing was failing in a number of locations, but it was the video below—showing the runway ‘floating’ under the weight of someone walking on it—that was particularly disconcerting.  Runways are supposed to be solid!


Tuvalu has regularly been called the ‘canary in the coal mine’ when it comes to climate change. The country is comprised of three reef islands and six coral atolls.  With the maximum elevation of 3-4 m, and sea level rise of some 5 mm/year, it is already at a risk of a range of climate change challenges. Now we have a new one: runway failure from beneath caused by what appears to be a combination of very high (‘king’) tides and increased rainfall.

The geomorphology of coral atolls

A unique feature of coral atolls is that many have a ‘lens’ of freshwater, ‘floating’ on denser brackish water. This very thin and fragile freshwater resource relies on being regularly recharged by rainfall.  The freshwater lens moves up and down with the tidal patterns of the ocean, and it is not unusual for freshwater to be pushed up above the ground through the porous coral during extreme tidal events, such as the spring king tides.

Under the Tuvalu Aviation Investment Project (TvAIP), the 20-year-old runway was resealed to repair cracks and extend its service life. Within six months, areas of the pavement began to ‘blister’ and vent cracks formed, which led to pavement ‘heaving’—that is, lifting and breaking. Coral is porous and the up and down movement of tides pushes air and moisture towards the surface. With nowhere to go, it eventually forces its way through the surface. 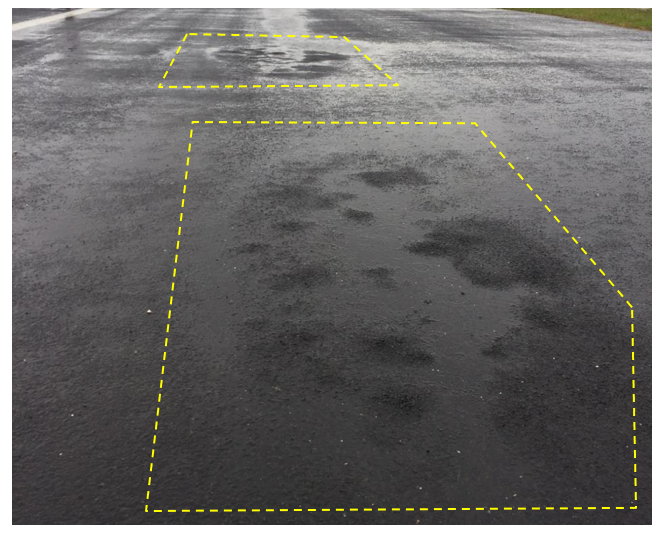 Here is a video showing air bubbling up through the ground next to the runway.

This type of pavement failure is very rare, and there appears to be only one documented similar case at Hong Kong runway. Heaving of the runway surface due to tides was observed almost directly following the opening of the new airport in 1999.

There were no problems observed with the surface of the resurfaced road in Tuvalu, which was sealed at the same time as the runway. One theory is that this is because the road, at only 7 m wide, allows the underlying pressures to dissipate to the sides – this is impossible for the runway which is 30 m wide.

To confirm that the distresses were due to vapor pressure under the runway, with funding from the Government of Japan through their ‘Quality Infrastructure Investment Partnership’, the University of Auckland undertook detailed measurements of pressures within the pavement. The figures below show the pressure measurements from below the pavement. The figure below shows how pressure ‘spikes’ (yellow) rose after rainfall (blue).  The spikes were greatest when high tides coincided with heavy rainfall. 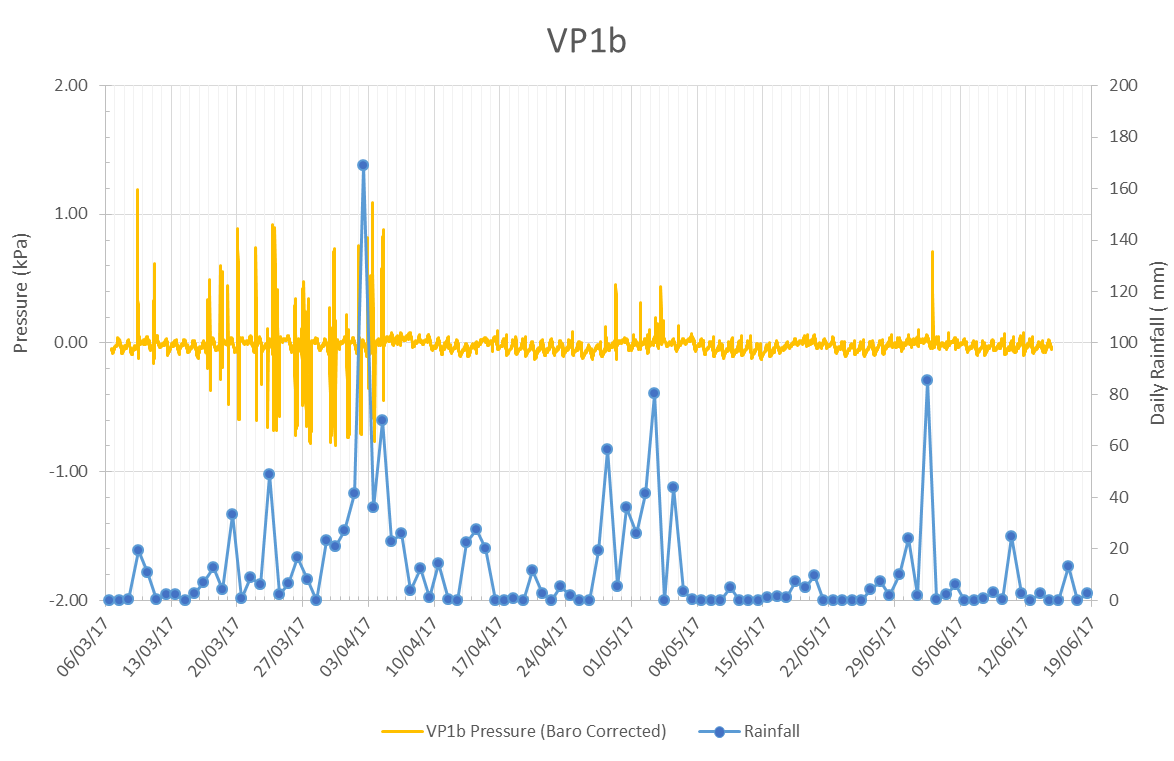 Correlation between Sub-surface Pressure and Rainfall

Even though pavements are heavy, and the surface is bonded to the base, the pressure spikes are sufficient to break the bond and lift the pavement.

One important question arising is why did this not happen after the 1992 sealing of the runway? It too provided an impermeable surface, but, while there was some evidence of localized distresses, there was nowhere near the extent and magnitude of the pavement failures as observed after the 2015 resealing.  Using the average sea level rise of 5 mm/year since 1993, the intervening period would have seen an increase in the average sea level of some 0.12 m. One theory is that this difference was sufficient—particularly when coupled with the king tides—to create pressure spikes which exceed the weight of the pavement and the pavement/base bond.

The most important lesson is that Tuvalu demonstrates how climate change will be placing new and unexpected stresses on transport infrastructure. As a result, we are going to have to try to expect the unexpected.

There are some fundamental principles that will need to be considered when designing similar structures on permeable subgrades such as coral, that are subject to rising sea levels and high tides:  The Bank is now preparing an additional finance to address the issues observed. The plan is to test several different potential solutions and then construct the most cost effective one. We don’t want to keep landing on ‘floating’ runways.
Topics
Transport
Climate Change
Disaster Risk Management
Environment
Urban Development
Countries
Tuvalu
Regions
East Asia and Pacific