Argentina’s chance to leap ahead 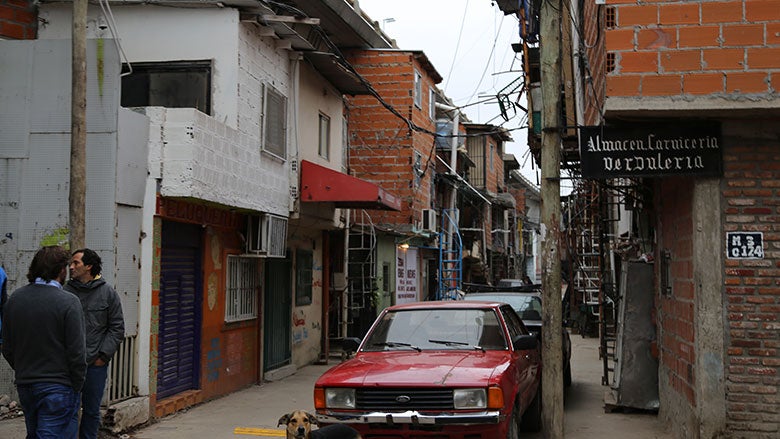 So far, 2016 has been a year filled with challenges and uncertainties. Global economic growth is weak, commodity prices remain low, and international trade isn’t picking up. In fact, voters around the world are questioning long-held beliefs in open markets, and populists are exploiting their fears by suggesting divisive policies and promising easy solutions to complex issues. Against this backdrop, it would seem that staying afloat is already a remarkable feat by any country.

But to make progress in the fight against poverty and to reactivate economic activity to provide opportunities for all, countries have to do much more. They have to tackle necessary and sometimes difficult reforms, deal with tradeoffs, but most of all, they need to stay focused on what is good for most people in the long-term.

Argentina is a case in point. As a result of the fall in commodity prices and its exposure to global headwinds, the country is facing huge challenges. And yet, instead of turning inward and protecting vested interests, Argentina is re-engaging with the rest of the world, paving the way for future growth and improved lives for all without shying away from difficult decisions.

Argentina has regained access to international financial markets by resolving its dispute with holdout creditors. It has also unified its exchange rate and has set targets to reduce the deficit in the coming years. What’s more, it has started an effort to become an OECD member and will soon host the G20, the group of the world’s 20 largest economies. We welcome Argentina’s return to the global stage.

In order to preserve and deepen the social gains the country made during the commodity boom, the government has announced ambitious aims to reduce poverty, and it has made important strides to be more transparent and accountable.

But like many new governments that want to change the status quo under economic strains, Argentina is facing tough choices. Tackling costly energy and transport subsidies – which generally benefit the better-off more than the most vulnerable families – is difficult but ultimately it contributes to resources that can be more effectively used for anti-poverty or job-creation programs But as is often the case, the benefits of these reforms materialize later, while the costs seem immediate.

I know the dilemma posed by high expectations and limited options from the time when my country, Indonesia, transitioned toward democracy. We faced daunting challenges and tremendous skepticism, but we proved that much could be done to help our country leap ahead.

Among the many lessons we learned was that transparency is a strong ally, making change formally manifested, with new laws or reforms widely explained and publicized. We also learned that new leaders must anticipate and manage setbacks. People want change, but they want it without delay.

During the 2008 global financial crisis, when I was a minister, we did not always have the luxury of getting the best outcomes. We had to compromise and settle for the best possible results, knowing that the success of our reforms may not be felt for months and popular sentiment could change. Still, it’s key to stay committed to helping people leave poverty behind and preventing them from falling back.  It is morally right and economically smart.

At the World Bank we are supporting these types of efforts. Facing limited fiscal policy space, many countries around the world are now asking us to support reforms to spur growth, bolster safety nets and protect the poor.

Just a few days ago, the World Bank approved an expansion of Argentina’s Universal Child Allowance. 1.5 million more children, many of them poor and vulnerable, will receive additional support through this $600 million investment. This type of program will assist those who need it most. Likewise, we are working with the country to improve its cities, particularly the poor villas and informal settlements, increase its share of renewable energy, provide access to long-term finance for small and medium businesses, and make public services more transparent and efficient.

These are important investments in Argentina’s future. Setbacks can be expected and patience is needed. But when implemented well, Argentina will be a key partner in achieving the world’s goals of ending extreme poverty worldwide by 2030 and boosting prosperity for all.

This post was originally published in Spanish in El Cronista.