Beyond the allure of the Serengeti: What can nature-based tourism do for development? 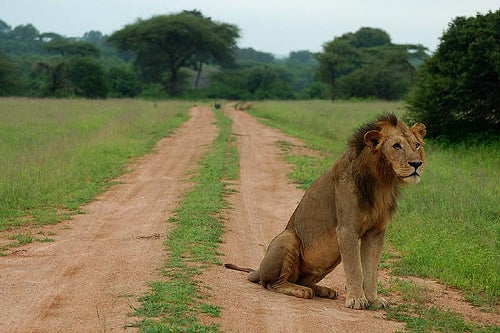 Think Tanzania and you may imagine yourself in the plains of the Serengeti or the peaks of Mount Kilimanjaro. This week I was in Ruaha National Park, the second largest national park in all of Africa, but merely a blip on the tourist map. It is not just geographically large but ecologically rich and mega diverse – it has more than 1,400 species of plants and is home to abundant iconic wildlife species. Compare the tourism traffic:  while Serengeti has 300,000 visitors annually, Ruaha has only 20,000 per year. Despite its share of nature’s bounty, Ruaha symbolizes a missed opportunity to be an engine of growth for Tanzania. By building an effective sustainable tourism policy, this reality could change fairly quickly.

Like several other countries in Africa, the link between tourism and economic growth is fairly obvious here. Tanzania’s tourism industry comprises 13 percent of the country’s GDP and is responsible for 400,000 jobs. Tourism spurs investment and business in the transport, agriculture, food, retail, financial services and construction sectors, offering compelling opportunities for poverty reduction in a country where 39 percent of the population lives under $1.25 a day. As the largest export earner, tourism also underpins the exchange rate, which makes much else in the economy possible. But there is scope to further leverage the sector to create jobs and attack poverty head on.

It is not surprising that promoting tourism has been on the agenda of the President himself and the National Business Council. The challenge is how to use nature-based tourism as a driver of growth, without eroding the asset base that the tourists are attracted to. This came up in several of my discussions with the government of Tanzania.

The country, almost uniquely, has managed to find that sweet spot – `high value -- low volume’ tourism. In other words, it earns more money per tourist than any other country in the region. However tourism is concentrated in the Northern circuit of Mount Kilimanjaro and Serengeti, areas which have come under multiple stresses including over-stretched infrastructure and poaching. With these areas approaching their `carrying capacity’, the government is looking elsewhere.

One option is turning southwards and developing Ruaha.  The question is will tourists travel the 600-odd miles from Dar-Es-Salaam to be in Ruaha and its adjoining parks like Selous, Katavi, Mahale and Kitulo? And what will it do for the communities living there? 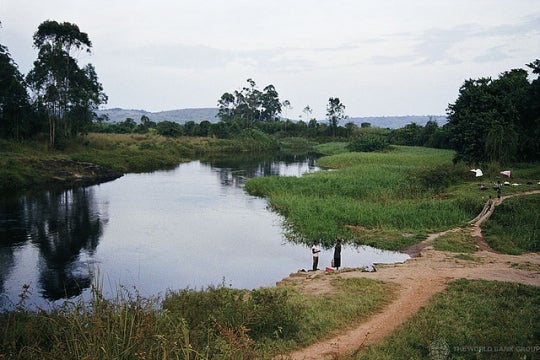 Nature-based tourism needs to work for the roughly 39 percent of the population that lives on less than $1.25/day in Tanzania


For now, in Ruaha national park, things are not going that well. The Ruaha river originates in the Usangu highlands and flows through Ruaha park to feed two hydropower plants that generate more than half of the country’s electricity. In the last few years, irrigated areas upstream for rice have increased more than tenfold. The result is that the once perennial river is dry for several months.

The river’s health has far-reaching impacts on the plants’ ability to generate power and on the ecology of the park. One indicator of the ecological stress is the decline in wildlife population. Elephant population has declined by 36.5 percent between 2009 and 2013, signaling the distress in the local community where ivory and skins of wild animals have become more attractive than living, wild animals. Tanzania recently joined a task force together with the United States, China, Germany, European Union, World Bank and the United Nations Development Programs (UNDP) to control and curb illegal poaching, trafficking and export of ivory in the region.

Any development strategy will have to manage trade-offs and competing uses between rice farmers, the hydroelectric needs and sustaining the wildlife population, so critical to tourism.

The second question on my mind is how to make sure tourism benefits the local communities that live close to natural wonders. While in several other countries, tourism has provided income as well as jobs to local communities, the benefits do not seem to be percolating in Tanzania.  Currently, these ecologically rich areas are magnets of poverty rather than hubs of economic progress.

There are examples of good tourism policies that lift the lives of communities while focusing on conservation. The World Bank has been working with several partners in Mozambique for over a decade on conservation with a special focus on community development to ensure benefits flow from tourism activities to the communities.

In Namibia, Community Business Ventures between the private tour operators and the community have worked well. Pieces of community-reserved land are subleased to private tourism investors in return for direct payment to village governments. Costa Rica is a leader in showing the world how to grow tourism at a rate of 14 percent annually for the last decade while keeping the natural asset base intact. The country’s rich ecosystems attract more than 2 million tourists annually, contributing nearly 13 percent to the GDP and reducing poverty levels. The World Bank has been working with Costa Rica to design economic incentives for the conservation of biodiversity.

The challenges at Ruaha are worth resolving – not only because it is home to 10 percent of the world’s shrinking lion population, but because nature-based tourism can act as a catalyst for meeting the country’s development needs. It is a reminder that the same assets that support tourism also need to serve the poorest who depend on nature for their survival.