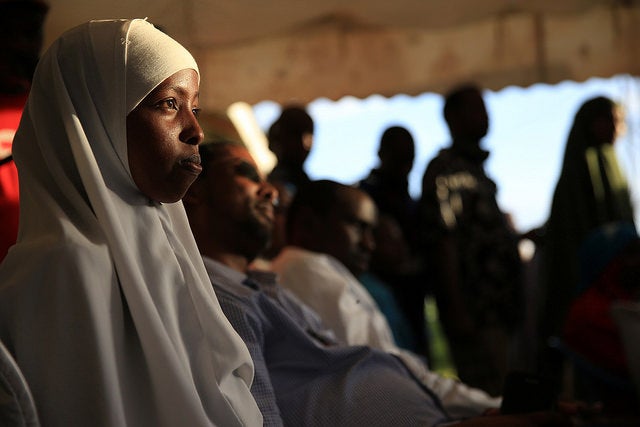 On World Refugee Day, we pay tribute to faces of resilience – mothers, fathers, husbands, wives, and children, who fled horrific circumstances as refugees, but who continue to strive every day to rebuild their lives with dignity.

As the number of people displaced by conflict climbs to historic highs, it’s easy to lose sight of the faces behind the statistics. But recently, there’s been a sea change in how the world is managing this crisis – by putting people first, and making it possible for refugees to work or go to school and become self-reliant as an integral part of their host country’s development story.

Our analysis shows that almost 90% of today’s refugees live in the developing world, and more than half are displaced for over four years. Not only that, since refugees flee to the nearest safe location, they often end up in remote corners of their host countries where the local community may be just as poor, and economic opportunities are scarce. This can lead to a competition for resources, at times exacerbating tensions.

Developing countries that have been hosting refugees for years are keenly aware of this reality, and many are shifting their approach. Uganda, for example, the largest host in Africa with 1.3 million refugees, is implementing one of the most progressive policies in the world – refugees receive land, have the right to work and move freely, establish businesses, and have access to public services such as education and health care.

In Ethiopia, which currently hosts 800,000 refugees in 25 camps, the government made nine pledges last September to embark on ambitious reforms, including allowing refugees to gradually live out of camps, providing work permits and access to services. It has also proposed establishing an industrial park which would reserve 30 percent of jobs for refugees. In Chad, the World Bank-financed Emergency Food and Livestock Crisis Response Project is helping 70,000 refugees begin to rebuild their lives. Daniel Debah, a refugee in Chad, used a small stipend of unshelled groundnut seeds from the program to grow enough crops to take care of his family and guarantee a “steady income.”

Why this change? Host countries are increasingly aware of security concerns related to camps, while they see how the presence of refugees can lead to economic opportunities. They also understand that mismanagement of crisis situations can be politically destabilizing. High profile events such as the UN Summit on Refugees last September, combined with the availability of new resources, have helped catalyze reforms.

For the World Bank Group, this is a welcome trend. In support of our mission to end extreme poverty and promote shared prosperity, creating jobs and opportunities to benefit refugees and hosts alike has been a key focus of our support. We’re bringing $2 billion from the International Development Association, the Bank’s fund for the poorest, to support low-income countries that are pursuing these policy changes.

Middle-income countries are affected too, as we’ve seen in the Syrian conflict. They host roughly 6 million refugees globally, but without concessional financing, they struggle to meet the cost of the sudden influx of people. To fill this gap, the Global Concessional Financing Facility (GCFF), launched last year in partnership with the United Nations and Islamic Development Bank Group, has unlocked $1 billion to support refugees and host communities in Lebanon and Jordan, as well as other middle-income host countries in the future.

Already, more than 40,000 Syrian refugees have received work permits through a $300 million project supported by the GCFF, which promotes investment and job creation for both Jordanians and Syrian refugees. In Lebanon, the GCFF is supporting a $200 million roads and employment project that will connect less developed regions with centers of economic activity, while also creating construction jobs for Lebanese workers and Syrian refugees.

These innovative financing approaches can help ensure that the momentum for change will translate into action. There is scope to develop financing and de-risking instruments to mobilize private sector resources. This could include leveraging diaspora resources or developing de-risking instruments and facilities to mitigate risk for the private sector – including blended finance, political risk insurance, and partial risk guarantees.

Of course, we should not underestimate the complexity and magnitude of the challenge. Even with its progressive policies, Uganda faces another crisis, with 20,000 South Sudanese arriving per week in March alone. Half a million more are expected by the end of 2017. We need to do more for countries at risk of recurring inflows of people to help them move from crisis response towards building resilience and improving preparedness.

Matia Kasaija, Uganda’s minister of Finance, Planning and Economic Development, is a living testimony of what’s possible. “There is nothing that is as dehumanizing as being a refugee. You become nothing, you have no status,” he said, speaking from his experience as a former refugee at the IMF-World Bank Group Spring Meetings. “We try to settle them so that they can live a normal life.”

We have a window of opportunity to make a real difference in the lives of refugees and hosts. The coming year, leading up to the Global Compact on Refugees in 2018, will be critical to bringing the global community together to support these efforts.

In the long term, this is our ultimate goal – to create more stable societies with opportunities for all, so that people will not be forced to flee. It’s a goal that’s well within our reach.

This blog post was originally published on LinkedIn on June 20, 2017.