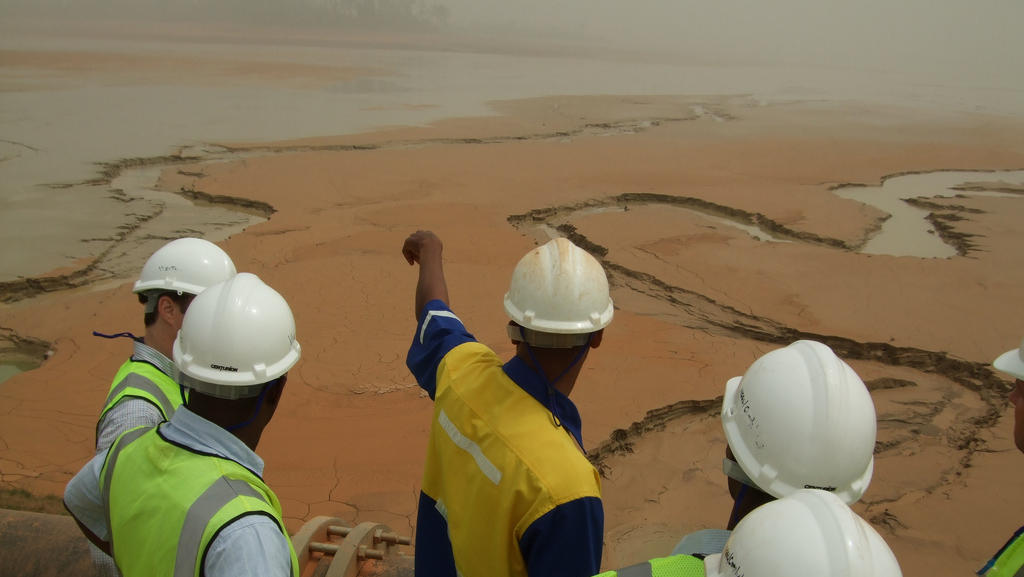 Tensions were high at the international Board meeting of Extractive Industries Transparency Initiative (EITI) in Berne, Switzerland.  EITI Board members, 20 in all, including civil society representatives, investors, managers of multinational corporations, and implementing and supporting country officials, debated stridently for two days on issues like how EITI implementing countries are judged on whether they have met the requirements of the “Standard” set by the EITI. As my first EITI Board meeting, I was surprised to find such divergent views on operational issues when we clearly all agree on the end goal: increasing transparency in the extractive industries to decrease the space for corruption and enhance the development impact of revenues from the sector.

In 2013, EITI raised the bar of transparency with the introduction of a new Standard that requires more detailed reporting on extractive company and state owned enterprise payments, government receipts and a broader range of contextual information on the sector in EITI implementing countries. The first batch of reports produced under the Standard arrived between late 2014 and early 2015. Many EITI countries have so far struggled to meet the enhanced requirements of the Standard and concerns have been raised about how they will be assessed when they undergo the validation process (the quality assurance process that leads to the judgement of compliance with the EITI Standard).

Implementing government representatives argued that the current validation process is too black or white and doesn’t show progress made over time or efforts to go beyond the requirements of the Standard. Some countries like Indonesia have extraordinarily complex extractives sectors, with over 11,000 active mining licenses in the country, and make herculean efforts in bringing the data together to meet the Standard, while other countries with limited operations have fewer stakeholders to deal with and less data to compile, which makes meeting the Standard and being awarded “compliant” much less of a challenge. Regardless of the work done, or the complexity of the context, all EITI implementing countries are judged according to the same Standard with little wiggle room allowed for explanations.

Civil society representatives on the Board, on the other hand, argue that strict adherence to the Standard is essential to maintain integrity of the EITI and to motivate countries to implement reforms and improve performance.  From their perspective, the fear of a failing grade is what can foster political will to change for the better. And they wonder, how could one be sure that all implementing countries will fail validation unless the due process is allowed to take place?

Despite the divergent views and strong feelings, it was impressive to witness the willingness of all sides to work together to find a compromise position. In the end, a solution was found to launch a pilot program for EITI validation that will, without consequences to the countries, test options for a revised assessment methodology. The pilots are only a short-term solution. A decision based on lessons learned from the pilots must be taken by the Board at its next meeting in Kiev, Ukraine in December. I am on the edge of my seat waiting to hear how that will go.

I was also intrigued by the debate about bringing to light the real beneficial owners of extractive industry projects, which are sometimes hidden behind a chain of corporate entities that can facilitate corruption. While everyone agrees on the importance of making this information more accessible, the challenge lies in the myriad of practical and legal obstacles in countries that make it difficult to disclose (and in some cases uncover) this information. So, the EITI Board must answer the question they often face, how hard can we push to bring this information to light without setting up many countries for failure or upsetting their ongoing efforts to improve these very policies?

After two full days of hardball discussions, I was personally exhausted and utterly impressed by the robust multi-stakeholder dialogue at the EITI International Board. I think it is important when outsiders look to EITI for results and proof of impact, they also think about the value of the process. The debate at the EITI International Board in Berne was an incredible example of bringing together stakeholders from three very different camps (governments, civil society and extractive industry), hashing out views and bringing them to a compromise that advances transparency, access to information and the development agenda.

At the same time, I saw that EITI is at a cross-roads and that more work needs to be done to reach long-term solutions to put EITI on a sustainable path that is manageable, while continuing to lead on the international transparency agenda. This will be one of the main topics of discussion at the EITI Global Conference in Lima, Peru in February 2016. Everyone will continue to watch EITI as this unfolds over the next few years. We look forward to continuing support for EITI implementation through a new multi-donor trust fund, the Extractives Global Programmatic Support (EGPS), which will be launched at the EITI Global Conference.
Topics
Health
Extractive Industries
Governance
Countries
Indonesia
Peru
Switzerland
Ukraine extractive industries is a big theme. Advancing transparency and access to information and development agenda are the next step need to be taken in nurturing the industri for sustainable growth and development!!
keep the spirit burning and serve humanity
warmest regard!!

Bear in mind that if extractive industry companies and governments (in the case of state owned entity partners) can't tell us the beneficial ownership information for entities engaged in a project, they actually have a huge corporate governance problem and should explain why that is. If claims of difficulty providing this information are actually true, requiring beneficial ownership information under EITI would be an important catalyst for much-needed improvements in corporate governance in the extractive a sector.

A super and measured, challenging yet also optimistic, description of events at Berne. The EITI is a much more important initiative than some realise and it was clear at Berne how the countries working hard to pass validation, the companies involved and the EITI secretariat were all working very hard to find; "a sustainable path that is manageable, while continuing to lead on the international transparency agenda". I do hope this piece, best World Bank practice, is read widely.

EITI You should really make clear when the concentration of natural resource revenues in the government hands is so big, that transparency becomes a moot concept?
For instance, in Venezuela these have represented over 97percent of all that nations exports. Do you really think telling citizens transparently how strong and rich their government is, and therefore how much they have to suck up to it, is going to help?
http://theoilcurse.blogspot.se/2014/05/eiti-go-home.html

Thanks v much for sharing insights into -- and opinions on -- the EITI International Board meeting in Berne.
It's interesting to see how some themes keep re-emerging. One is the idea that the EITI is at a crossroads. Part of this seems to be the differing emphasis on process versus results. How much do we value process if the results are hard to see? Should the EITI focus more on facilitating results and less on measuring compliance?
I like Heather Lowe's comment above on beneficial ownership. It looks as though the new EITI Standard has been a super exciting development. And it will be interesting to see how this new standard (including its requirements on beneficial ownership) plays out with the Swiss-based commodity traders, who buy oil, gas, and minerals from EITI countries.
https://www.linkedin.com/pulse/switzerland-eiti-its-topsy-turvy-world-e…