The Global Goals: Economic transformation in an interconnected world 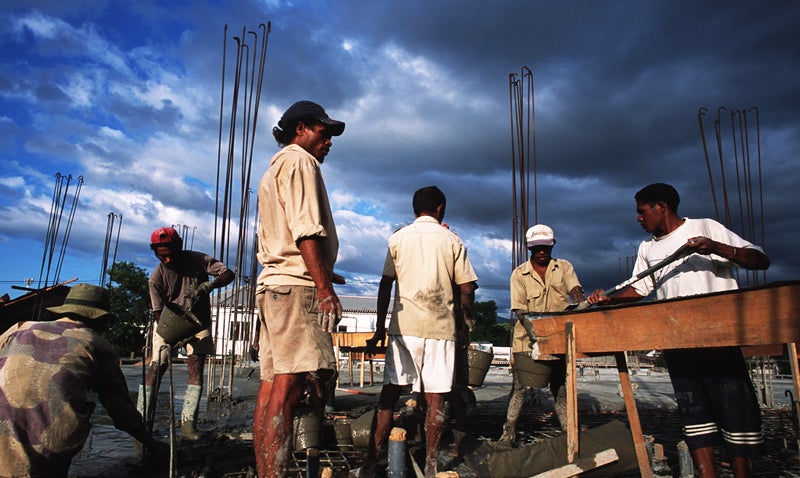 This week, the world’s countries are coming together at UN headquarters in New York to affirm the 17 Sustainable Development Goals (SDGs) that will guide global development efforts through 2030. While the SDGs have had plenty of active involvement and support from the World Bank Group and our multilateral counterparts, the countries themselves have set this agenda.

The agenda is both ambitious — more than doubling the eight Millennium Development Goals that will officially expire at the end of 2015 — and more comprehensive. For example, where the first MDG set out to “Eradicate extreme poverty and hunger,” its successor SDGs take on these challenges in their entirety: “End poverty in all its forms everywhere” (Goal 1) and “End hunger, achieve food security and improved nutrition, and promote sustainable agriculture” (Goal 2).  And in a world whose “emerging markets” now include larger economies than many members of the European Union, countries have chosen to make these goals universal, equally applicable to the globe’s richer and poorer nations.

The holistic approach reflects other fundamental shifts in how countries understand development.  Climate stops at no border, and people migrate as they seek opportunity or flee conflict. Development is inextricable from private investment and finance. The changes that matter most are inherently global, even as development efforts focus on the needs of individual communities, cities, countries, and regions.

The scope of the challenge

A number of World Bank Group leaders have been articulating how we can help achieve the SDGs and what they mean for the countries we serve. Several of them have recently contributed to a Huffington Post series on the goals.

Certainly, the numbers remain daunting.  For example, “1.1 billion people still live without electricity, and another 2.9 billion live without modern fuels for cooking and heating,” as Anita George, Senior Director for Energy and Extractives, points out. Similarly, “nearly 2.5 billion people around the world are still without adequate sanitation, and 768 million lack access to clean drinking water,” as cited by Dimitris Tsitsiragos, Vice President of Global Client Services at IFC.

Such figures are the baseline as the climate shifts and as larger, more concentrated populations and rising living standards impose new pressures in much of the world.  As Rachel Kyte, Vice President and Special Envoy for Climate Change, observes: “No scenario exists in which we would meet the SDGs by the 2030 deadline if our emissions trajectory continues as it is today.” Junaid Ahmad, Senior Director for Water, anticipates that “the global push for food and energy security and for sustaining urbanization will place unprecedented demand” on his sector. And as Paula Caballero, Senior Director for Environment and Natural Resources, sums it up, “there is no planet B.”

This context might seem to doom the SDGs if there were not considerable grounds for optimism that the challenges can be met.  “We will need new ways of thinking about old problems,” as noted by Ana Revenga, Senior Director for Poverty and Equity. Gavin Wilson, CEO of IFC Asset Management Company, identifies the keys as knowledge, financing, and partnership, with the first question of technical expertise being fairly advanced: “The problem is how to finance these solutions and to come together in partnership to implement them.”

In turn, finance is being addressed head-on, in a collaborative way. To help pave the way for the SDGs — amid widespread recognition that they will demand trillions, not billions, of dollars — the World Bank Group joined the international community in July, at the Third International Conference on Financing for Development in Addis Ababa, Ethiopia. These discussions underscored a three-part focus for the Bank Group: providing financing from our own institutions, helping partner countries leverage domestic resources, and mobilizing additional financing from the private sector.

Success will require “using the scarce public finance we have at our disposal to crowd in private investment,” in the words of Joachim von Amsberg, Vice President for Development Finance.  Our special role, he adds, is as “the leveraging machine,” tapping trust we have built over time for the massive scale-up of development funding that it will take to achieve the SDGs.

As Bank Group leaders discuss the SDGs, they tend to demonstrate the interconnected mindset that countries have embraced — referencing other sectors that are inextricably entwined with their own.  And while measuring progress will entail an extensive set of indicators, that very comprehensiveness is part of the point: the goals have remarkably few qualifiers or exemptions. They will require nothing short of global economic transformation. And some parts of this are already under way, increasingly led by countries, industries, and people themselves.

A fair question, of course, is how the new global goals will mesh with the World Bank Group’s own goals on poverty and prosperity.  In fact, they are mutually reinforcing; the SDGs and their indicators will help track progress in the holistic way that we already knew to be critical. To end poverty and promote shared prosperity, as Managing Director and Chief Operating Officer Sri Mulyani Indrawati observes, “It will require all countries to do their best in every area of development, whether in health, education, energy, or any other area covered by the 17 new Sustainable Development Goals.”

The world’s countries are embracing the challenges posed by the SDGs.  And the World Bank Group is standing with them.

Portions of this blog appeared previously on the Huffington Post. It will be very interesting to find out the feasibility of implementation as per plans as 15 years is a very short span for implementing all these goals. Information technology is going to play possibly the most vital role in this issue. Let us hope that the developments will not be as fuzzy as the Millennium Development Goals.