How to finance development: Six ideas from young leaders 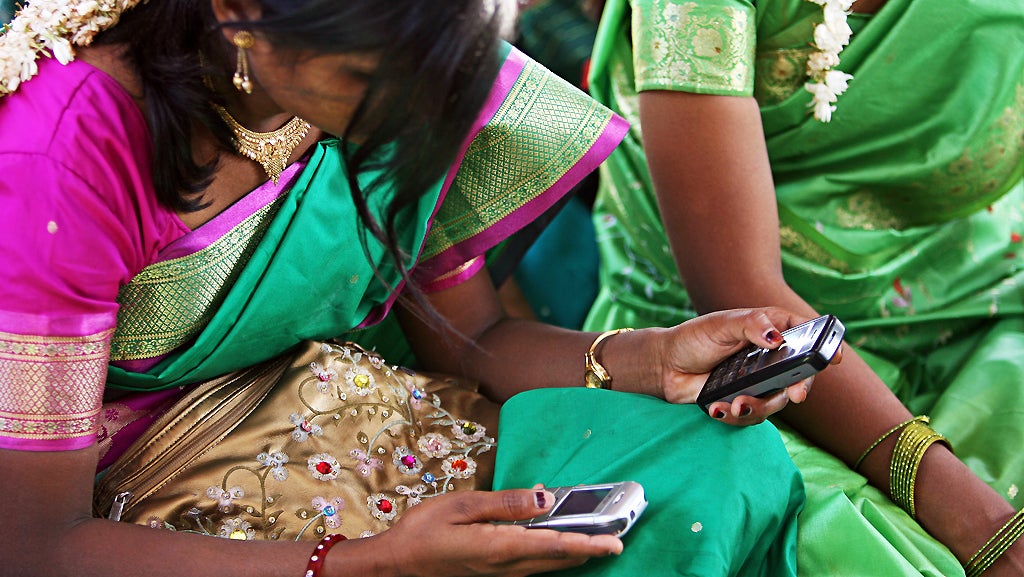 Juancito is from a small town in rural Peru. He wakes up every day at 5 a.m. to walk two hours to get to school. One day, he fell and twisted his ankle, but because the nearest health clinic is three hours away, his teacher had to fill in as a health care provider.

Juancito’s story provided the inspiration for the third-place winning team of the first Ideas for Action Competition, sponsored by the World Bank Group and the Wharton Business School. The team noted that the local government — which receives royalties from a mining company — didn’t lack the funds needed for development, but community needs were being overlooked.

To ensure that Juancito and others like him can receive the services they need, the team proposed a four-pronged approach to help local governments better prioritize community needs and engage local communities in how mining royalties are spent.

Nearly half the world’s population is under 25. Today’s youth will be responsible for implementing the development agenda global leaders aspire to adopt this year, including the Sustainable Development Goals, a financing framework to support them, and a framework agreement on climate change.

“The world is in need of new ideas as it faces new challenges,” said Mahmoud Mohieldin, World Bank Group corporate secretary and president’s special envoy, who emphasized the importance of youth participation in the post-2015 discussions.

Launched in November 2014, the Ideas for Action competition (I4A) seeks to engage young people in creating innovative ideas to finance development, partnering with groups such as the World Bank’s Youth to Youth (Y2Y) Community, Young Americas Business Trust, and the Organization of American States. The Y2Y Community and the Office of the President’s Special Envoy brought the top six teams to the World Bank in Washington in May to share their ideas and discuss how they can move them forward.

The competition drew global interest, attracting 330 submissions from 1,500 youth in 130 countries, with the highest representation from India, Nigeria, and Peru. The top six proposals were selected through a rigorous and multi-layered selection process. Senior management from the World Bank Group and Wharton, as well as private sector executives from Citibank, PepsiCo, G-24 Secretariat, and Firmenich USA, participated in the final review panel.

“Proposals from the youth finalists were very well-written and offered both creative and solid ideas,” Mohieldin said. “The panel had a tough time ranking them.”

Nena Stoiljkovic, World Bank Group vice president, Global Practices, offered an invitation for the teams to engage the Global Practices to build upon their ideas at a technical level. “I4A participants have offered interesting insights towards solutions for big development challenges that relevant Global Practices can benefit from and help to further develop,” she said.

​I4A’s winning team spent more than four months developing their winning idea. “I4A incentivized us to construct an idea we would not have thought about otherwise. I liked how it was self-motivated rather than driven by grades,” said team member Keshav Garud, a business student at the University of Pennsylvania.
​
The winning team proposed creating two micro-insurance products for families heavily dependent on remittances: one to insure the stream of remittance income in case, for example, a worker falls sick, and one to redirect a portion of the remittance as health insurance for the family.

The second-place team, which connected to the event via video conference from Nigeria, proposed the development of an automated warehousing receipt system for improving access to customized financing for smallholder farmers in rice value chains in Nigeria. Through an innovative PPP model, the proposal demonstrates the potential of private sector capabilities and public sector resources to improve smallholder farmers’ access to financing. By using movable assets such as inventory as collateral to secure loans, smallholder farmers can get better access to agricultural inputs.

Djordjija Petkoski of the Wharton Business School, co-leader of the competition, noted that the competition attracted many innovative ideas from around the world and that “the incentive wasn’t money, but the opportunity to change the world.”

The next round of the competition will be announced in fall 2015. You can read more about the competition and read the winning proposals on the Ideas for Action website or by clicking the links below (PDFs). To me , that is a good idea ! They can help a lot of the people in their barrio ! Especially , if they are only working for minimum wages here in America !

I don't know what suggestion I can make of the following scenarios based on my interactions with the 4 women (ages from 30-40) who migrated recently in U.S. They are all sisters that came from San Isidro Barrio, Tiaong, Quezon Province, Philippines. Their goal is to work as much as they can, save money, and go back home. They plan to invest their hard earned incomes to buy xerox machines (to cater to the xeroxing needs of teachers, students, & others), rice mills, develop the 60-acre land of the family by planting vegetables/fruits they can bring to the market, and one of them also provides short-term personal loans at minimal interests to people they know. They are determine to pursue their goals because they can see the demand of the above in their barrio economy. What do you think?

we can fight climate change, pollution,poverty etc by introducing rooftop plantation all over the world.Roof top plantation should be in govt buildings ,buses,taxi and other vehicles having roof.This will help us to create a fresh, pollution free environment especially in cites all over the world.Laws can be implemented to make rooftop plantation mandatory for each and every building in cities.Birds,butterflies and various insects have become perish in cities.Rooftop plantation will bring back the beautiful birds,bees,butterflies etc which are no longer seen in polluted cities of the world.
we can reverse the process of global warming by reforestation of deserts.This will help us to eradicate poverty ,pollution,global warming and climate change.This is very much essential for survival living beings in this planet.
The afforestation of deserts had already been started in some parts of the world like Gobi desert in China ,desert in Israel etc.In India It can be started in Rajasthan. Desert greening is the process of man-made reclamation of deserts for ecological reasons (biodiversity), farming and forestry, but also for reclamation of natural water systems and other Life support systems.Plantation in deserts will result in equal distribution of rainfall all over the world and when the dry deserts will be turned into forest ,it will serve itself as the habitat of a large number of species.
Reversing the process of global warming by reforestation of deserts will require a huge fund. The world bank , United Nations and the billionaires of the world can come together to reverse the climate change .