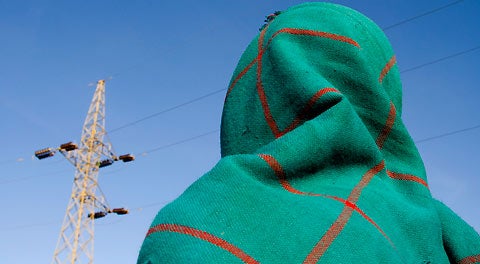 Wedged between the Congo, the south of Sudan, and the West Nile River, the 1.5 million people in Uganda’s West Nile region live in relative isolation from the rest of the country.

Nowhere in Uganda is oil and gasoline more expensive than in the West Nile. The national power grid does not reach into the northwest of Uganda, and power from generators is available only for a lucky few and only for a few hours a day.

Some entrepreneurs have started mills and small workshops, outfitting them with old diesel generators that are inefficient and very expensive to operate. Some institutions, such as hospitals, and some of the richer households have their own diesel generators that help them escape the scarce and unreliable public power service. The growth in individual generators is indicative of a general upswing in economic activity in the region, but life without reliable electric power has remained a challenge.

That is now beginning to change, and carbon credits are playing an important role.

In 2001, the Government of Uganda embarked on a long-term energy program called the Energy for Rural Transformation (ERT) with the support of the World Bank to achieve rural transformation and poverty alleviation. The West Nile Electrification Project (WNEP) project includes, among other things, a 3.5 MW hydroelectric power plant and a 1.5 MW HFO-fired (heavy fuel oil) power plant operated by a private concessionaire which was part of the ERT program.

Last week, the WNEP became the first sub-Saharan project supported by the World Bank ever to issue carbon credits. The project, under development since 2001, issued 20,095 Certified Emission Reductions (CERs, commonly known as carbon credits) under the Clean Development Mechanism (CDM), as part of the UN-backed Kyoto Protocol. The CDM allows emission-reduction projects in developing countries to earn carbon credits, which can be traded or sold.

WNEP has a contract in place with the World Bank's first carbon fund, the Prototype Carbon Fund (PCF), to sell the carbon credits it generates and use the proceeds to increase electricity access in the region. It has to expand its customer base quickly, because both its income from power sales to the local population and industry and the payments by the PCF for the carbon credits depend on the speed and performance with which the company manages the conversion to a cleaner form of power. 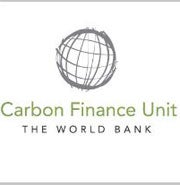 The potential for carbon credits to improve the financial viability of the WNEP concession was identified in 2001. The West Nile Rural Electrification Company Ltd. started up its new efficient HFO-fired generators in the West Nile towns of Arua and Nebbi in 2004 to provide more reliable power to the population during the day and most of the night. The project was successfully registered as the first CDM project from Uganda in 2007, and the first batch of carbon credits generated from the HFO plant were issued after successful verification by an independent verifier.

The issuance of carbon credits was the outcome of more than 3 years of close collaboration between several departments of the World Bank and the West Nile Rural Electrification Company to ensure compliance with the UNFCCC’s rules and procedures. This is expected to pave the way for higher volumes of carbon credits issued, such as when the hydropower plant is commissioned later this year. The financial contribution of the PCF to the WNEP project will continue until the year 2017, while the project is likely to generate the CERs until 2025.

The goal of the project is to help the region achieve more reliable power, more of which will soon be available for workshops and hospitals, for schools and rural households, and it will unleash the development potential that is buried in the West Nile’s soils and people.

There is a good chance that, by the end of the project's crediting period, the region will have made enough economic progress, and built enough local capacity, to ensure that the people of the West Nile are assured a long-term reliable power source, with all the inherent economic benefits that would follow. 'The West Nile Rural Electrification Company Ltd. started up its new efficient HFO-fired generators in the West Nile towns of Arua and Nebbi in 2004 to provide reliable power to the population during the day and most of the night' - Really????? Most residents in Arua no longer have power and those who do get it for less than 3 hours a day!!! Before 2004 it was on for an average of 12hours

I come from Arua and most of my family lives there. I am really surprised and disappointed to read such an article that puts spin to a bad situation and gives the impression all is well and things are improving. They are getting worse for the ordinary citizen. Power reliability and supply in Arua and Nebbi has been on the decline since WENRECO took over. Small businesses and local services have been adversely affected (including the local hospital). If you had been to West Nile before writing such an article you would probably have thought twice about the content and main message. Lack of electricity is a major hinderance to economic growth of the region and such articles do not assist the cause of the ordinary people by masking major failures in policy decisions and donor assistance.

I would like to point out that the operation of the HFO fired generator started in early 2005 increasing supply from 4 hours to 18 hours.

I must admit that there has been a slump in supply due to technical issues with the HFO fired generator but alternative measures have been under way and still in the process of further improvement. I can assure there is light at the end of the tunnel to improve the livelihoods of people and small businesses owners in the region.

Considering the operation of Wenreco i must also inform you that the WNEP under Wenreco has similarly made some acheivements especially with issues to do with enviromatal sustainability which contributes to sustainable growth which is good for the region and Africa in general considering Wenreco is operating in compliance with West Nile Rural Electrification Company to ensure compliance with the UNFCCC’s rules and procedures. In the long run the effects of undertaking such developments is to increase electricity access in the Region.

I am grateful your effort in ensuring better supply of electricity and i would like to encourage you to share any ideas that can also help us achieve the project objective as a team. Regards

I want to thank the brain workers of the project. However, you cant cook in somebodies kitchen without his/her conset.

On the other hand, the ladel for serving food keep part of the source

What is planned for Ugandans in West Nile will never be received in the right Quantities and the Head Office for the project will be Kla.

What is the level of M&E