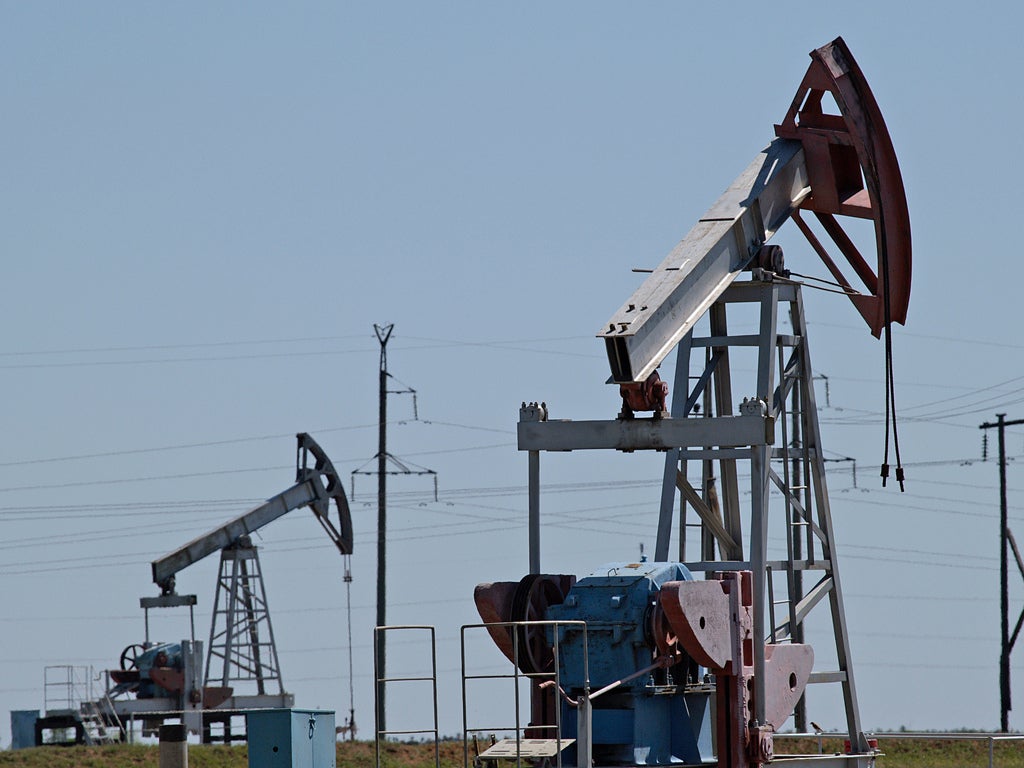 Two recently released World Bank reports — one on commodities and the other on remittances — lend insight into an unfolding dynamic in the world today. As oil prices dropped from more than $100 per barrel in June 2014 to as low as $27 in the last few months, the money sent home from people working abroad in oil-producing countries also fell. This drop is a major reason remittances to developing countries declined in 2015 to their lowest growth rate since the 2008-2009 financial crisis.

This news is significant because remittances help poor families in many parts of the world pay for basic necessities, such as food and health care. About $432 billion in remittances flowed to developing countries in 2016, far larger than official development assistance ($131 billion in 2015).

The sharp drop in the price of oil has hit countries that depend on remittances from Russia — the major oil producer in Europe and Central Asia. Remittances account for 36.6% of GDP in Tajikistan, for example. The value of remittances from foreign workers in Russia has dropped severely in Turkmenistan and Uzbekistan (47%), Kyrgyz Republic (25%), Tajikistan (24%) and Kazakhstan (23%), among other countries in the region.

The data suggest foreign workers in Russia may be getting less work, said Dilip Ratha, a World Bank economist and an author of the April 2016 Migration and Development Brief. The value of their earnings has also fallen along with the ruble’s decline against the dollar, and amid inflation in their home countries.

Foreign workers in the oil-producing Gulf Cooperation Council countries (Saudi Arabia, Kuwait, the United Arab Emirates, Qatar, Bahrain, and Oman) so far have not been affected to the same extent. But the situation could change if oil prices stay low, said Ratha. 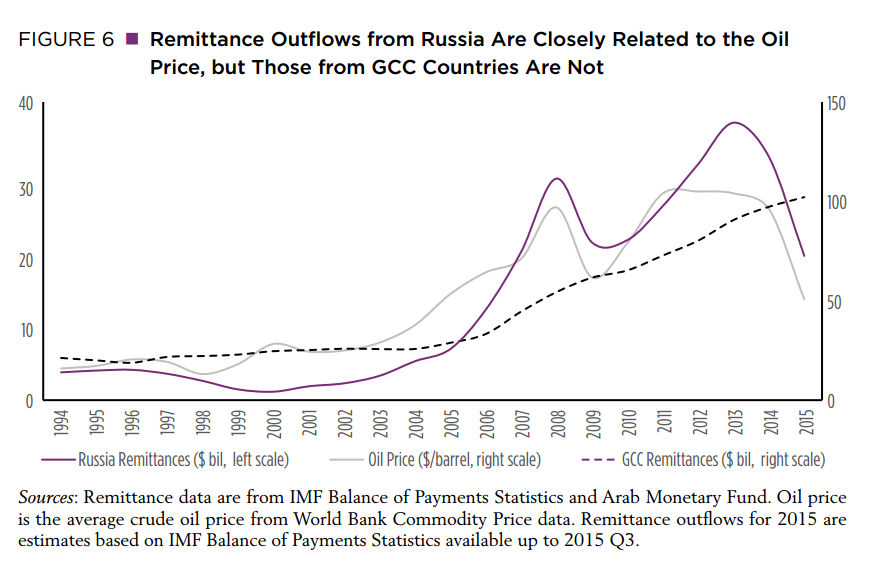 Some GCC countries have started withdrawing tax breaks and other subsidies for companies with workforces made up predominately of foreign workers. Without these subsidies, employers will have a harder time maintaining their workforce, said Ratha.

“Some migrants will become unemployed,” he said. “Will we see a lot of return migration? I’m not sure. Not yet. But if the oil price continues to remain low for another two quarters or maybe a year, we might begin to see an impact on the stock of migrant workers in those countries.”

Some GCC countries are considering policies that would encourage the employment of more native workers and also diversify the migrant workforce — away from the traditional source countries of India, Bangladesh, and Pakistan, to countries of the Middle East and North Africa region, such as Lebanon, Jordan, Egypt, and to an extent East Africa and West Africa, Ratha said.

The Migration and Development Brief projects remittances going to developing countries will rise about 4% in 2016-17, though the outlook for the price of oil remains a major risk to the forecast. The Bank’s current commodities forecast is for a slightly higher oil price in 2016 -- from $37 per barrel to $41.

Ratha says certain policies can maximize the benefit of remittances for developing countries — such as actions to reduce the cost of sending remittances, which now typically amount to about 7-8% of the value of the money sent. The Sustainable Development Goals call for reducing the transaction cost to less than 3%, and Ratha says the goal could be even more ambitious — 1% or less. The World Bank Group tracks the cost of sending remittances, and Ratha describes some of the ways the fees could be reduced in a recent TED Talk.

“Discouraging migration is not good for anyone,” he said. “If you want to maintain growth you need to have the people.”

“As the structure of the economy changes, the workforce requires different kinds of skills and it is easier to fill those skills if you have more mobility among workers, between sectors, between countries, than when you don’t have it.”

The market breadth was positive as about 1105 shares advanced against 842 declining shares on the BSE. capitalstars