Safe Food for Thought for the Holiday Season 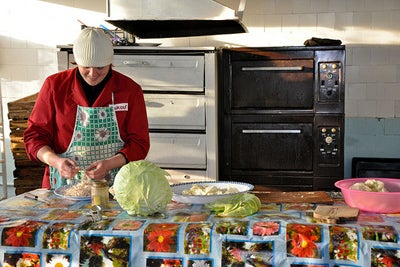 In the lead up to the holidays, much will be written about how we, as consumers, can safely prepare food to ensure that friends and family remember a wonderful holiday meal and not the bout of food poisoning that landed a loved one in the emergency room.

But it often strikes me that other major threats to food safety – those that lie undetected in farms and factories and other vulnerable points along the food supply chain – are not part of the conversation until tainted food surfaces in grocery stores and on dinner plates, making millions sick and even killing people along the way.

As global headlines have illustrated – packaged salads in the United States, sprouts in Germany, milk and infant formula in China – food safety is a serious issue that affects all of us: individuals, nations, and businesses.  No country is immune, and as global agri-food value chains become more integrated, food safety hazards that were once geographically confined can now span countries and continents with ease.

The human and economic toll exacted by these hazards is significant.  In the United States alone, around 48 million cases of foodborne diseases occur each year, resulting in 128,000 hospitalizations and 3,000 deaths. According to the World Health Organization (WHO), more than 200 diseases – many of them deadly – are spread through food. Diarrhoeal disease alone, which is mainly caused by contaminated food or water, kills an estimated 1.5 million children every year.

The international community needs to strengthen food safety capacity in developing and middle-income countries in order to safeguard public health, while promoting food security and economic development.  At the same time, meeting international or industry standards creates both challenges and opportunities for poor farmers and agri-businesses competing in these growing markets.

But what’s the best way forward, given that the public and private systems that are intended to improve food safety and assure the resilience of the food supply are sorely under-resourced in many countries and the key players from farm to fork often lack the understanding, knowledge, and motivation to fully address food safety risks?

The good news is that a Global Food Safety Partnership is now actively working to improve food safety in agri-business food chains through capacity building.  It builds on APEC’s Food Safety Cooperation Forum, which addresses the twin challenges of facilitating trade of food and food products and improving public health within the region. 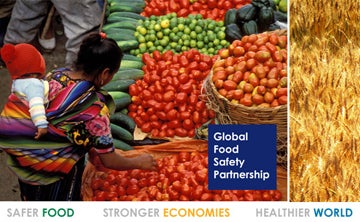 The food safety problem is a complex one that no single sector or organization can fix. This is why the partnership is bringing together the public and private sectors to address food safety gaps and vulnerabilities in global food chains by improving competencies, capacities, protocols, risk-based management systems, and regulations. Such improvements are expected to reduce the risk of food-borne hazards, expand participation of farmers and producers into higher value and global food supply chains, reduce poverty, and improve food security.

Public-private partnerships such as this, which bring together senior leaders from government, the private sector, and knowledge sectors, are the wave of the future.  In terms of both funding and knowledge, we stand the best chance of making real progress on food safety, food security and inclusive green growth if we create synergy and leverage comparative advantage.

Thanks to early funding from Waters Corporation, Mars Incorporated, and the United States, we are off to a great start. And as donors and partners, the Netherlands, Denmark, and Canada, as well as organizations such as Food Industry Asia and Grocery Manufacturers Association, are helping us move forward. We’ve trained 180 representatives from industry, academia, and government in China, Vietnam, and Malaysia on how to make food safer by preventing biological, chemical, and physical hazards in production. We’ve also taught aquaculture food safety practices to 45 participants in Indonesia. Our training modules are being translated into Mandarin, Vietnamese, Turkish, and Russian so that they are more widely accessible.

But this is just the start. The reality is that we will need substantially more resources and broader engagement for this effort to realize its true potential. Working together, we can do a lot to build a healthier future through better food safety.

Now we need to get the word out. Of course, every body need food and take care their health every day. If no healthy no human resource, no development

This is very useful information. It will be good to always find linkages in disciplines and so on

The private public partnership approach is very interesting and it should yield good results.

I wish this could be expanded to Africa as well

Hi Andrew. Thank you for your interest. The Global Food Safety Program is active in Zambia now and plans additional activities in Africa in the coming year. In fact, the 3rd annual GFSP Conference is expected to be held in Africa next year. You can learn more about the program's work here: http://www.gfsp.org. The site also has a link where you can subscribe to receive future updates and information.

Thanks for sharing this nice blog..Its very interesting and informative...
Indonesia Public Holidays 2014