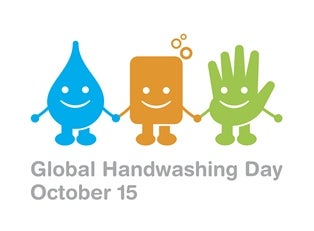 On October 15, in observance of Global Handwashing Day, millions of people around the world will rally around the relatively simple yet still challenging practice of handwashing with soap as part of healthy sanitation and hygiene behaviors. Handwashing with soap has been shown to reduce the incidence of diarrhea by almost one half and of acute respiratory infections by roughly one third (Cairncross, et al., 2010). Yet the rates of hand washing with soap remain low – as  low as 5% to 15% (Scott et al., 2003) - particularly at critical times when there is a risk of fecal-oral  contamination, such as after having used a toilet or before preparing food.

So while handwashing with soap is one of the best preventions against disease from fecal pathogens and bacteria,  it’s not enough to just share the importance of this practice or make people aware of the implications of not doing it.  The challenge of course is to get people to adopt handwashing with soap as a habit. Changing behaviors is a complex process and requires multi-faceted interventions.

We’ve been learning a lot about what works — and what doesn’t — through the Global Scaling Up Handwashing project, which began in 2006 with support from the World Bank’s Water and Sanitation Program (WSP) in Peru, Senegal, Tanzania, and Vietnam. The project was designed to learn what works to stimulate improved handwashing with soap at large scale, sustain the activities after the project ends, and measure the impact on health.

Some of what we’ve learned gives us new pathways to explore:  For example, while conventional interventions mainly target women to cut the fecal-oral pathway, in Senegal we found that men can also play a critical part of the behavior change journey given the role-modeling they provide in their families. That means going forward, it may be important to focus even more on gender dimensions related to handwashing and interventions that include or are aimed at men.

We’ve learned too that even if will and motivation are present, handwashing with soap is also influenced by the opportunity and ability to perform the behavior. Though most households had some sort of soap in their household, ease of access to it and water at the critical times of handwashing was not always the case. Both soap and water must be readily accessible in the right places and at the right times to enable household members to wash their hands. For example, if a caretaker needs to fetch the soap from another part of the home or from a locked cupboard after using the toilet, then she or he is less likely to wash her or his hands. So programs and interventions should be designed to make change easier.

There’s still much to learn, but it’s clear that understanding opportunity, ability, and motivations is critical if washing hands with soap is to become a normal and everyday behavior for all people in all societies in all countries.
Topics
Agriculture and Food
Water If your hands are body are not clean than you may be infecting yourself and your family by germs and disease. Colds, flus, and infectious diarrhea are spread through hand-to-hand contact.So Washing your hands regularly can help controlling the spread of germs and dirt.