Reaching for the SDGs: the untapped potential of Tanzania’s water supply, sanitation and hygiene (WASH) sector 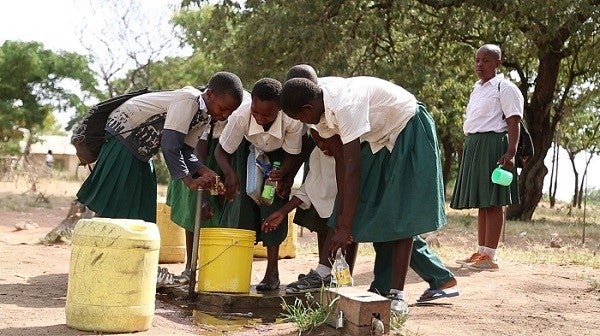 When it comes to economic success, Tanzania offers a model for the rest of Sub-Saharan Africa. Growth has averaged 6.5 percent per year over the past decade, and between 2007 and 2012 nearly a third of the poorest 40% of the population rose out of poverty. However, the progress towards improving water and sanitation access for all has not kept a similar pace.

A new report by the World Bank, ‘Reaching For The SDGs’ was launched by the Honorable Eng. Isack Kamwelwe, Minister of Water and Irrigation on March 20 in Dar es Salaam. In her welcome address, Ms. Bella Bird, Country Director for Tanzania, Malawi, and Burundi said, “adequate WASH is a crucial component of basic human necessities that allow a person to thrive in life”.  The report shows how water and sanitation services need to advance substantially in order to achieve much needed improvements in health and wellbeing that will help the country fulfill its true potential.  Progress in this area still has a long way to go.

The report focuses on three areas of concern in particular, which are hindering Tanzania from reaching the water and sanitation targets agreed in the Sustainable Development Goals (SDGs). 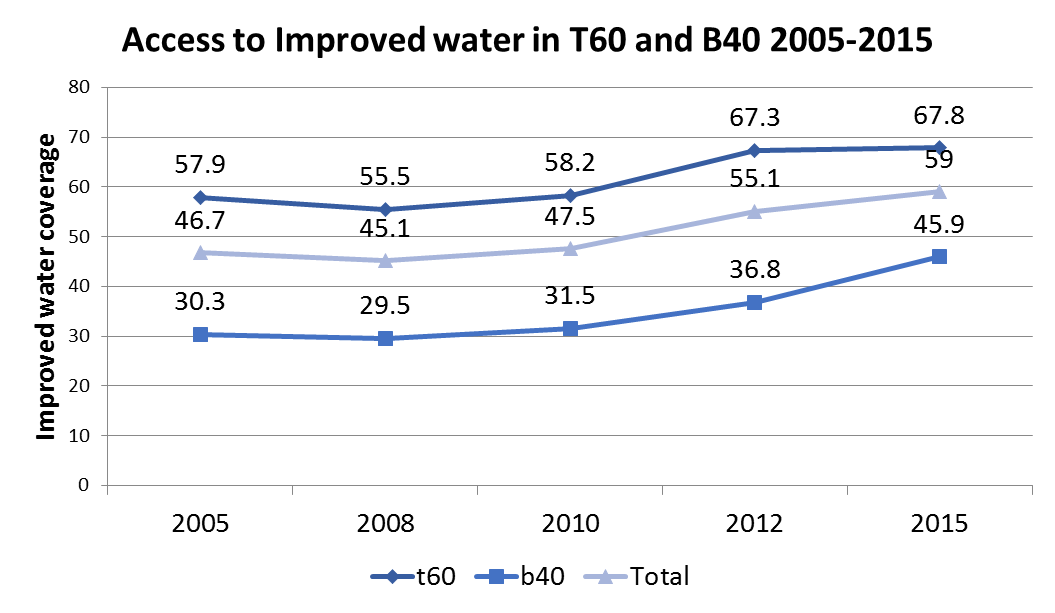 Firstly, the challenges in rural areas remain large for both improved water and improved sanitation access. Despite significant investments, there has been a notable lack of progress in expanding access to rural improved water supply. Around two-thirds of the rural population in Tanzania live more than 30 minutes away from a functioning, improved water source , while about one-third have to travel more than an hour to fetch water, which most often is not fit to drink. Despite high levels of investment, 40% of all water points do not work, with 20% of them failing in their first year.  Meanwhile, sanitation would have benefited with more funding and focus, with 41 million people using latrines, most of them a public health concern. 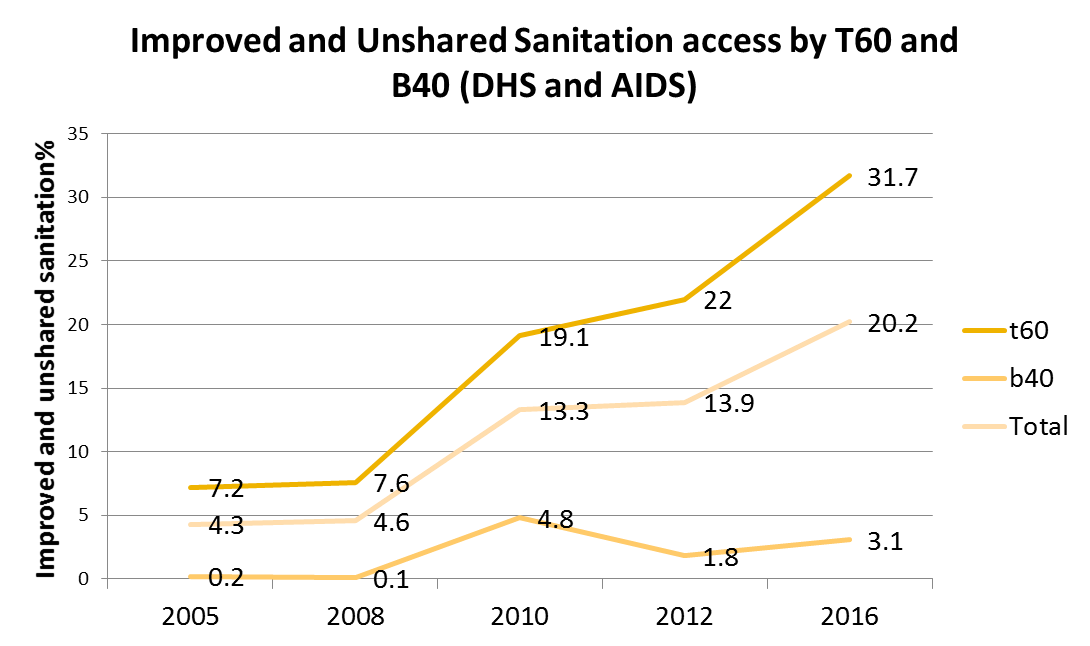 To address this situation, the report proposes that the water sector should focus investment on ensuring sustainability, rather than perpetuating cycles of new construction and breakdown . While ongoing maintenance receives less funding, headlines, and generates less excitement than announcements of new facilities, it is often more cost-effective.  Meanwhile, the rural sanitation challenge can be tackled with a better coordinated approach, which combines higher investment directed through clearer institutional channels, as well as sustained and intensive behavior change, amongst other initiatives.

Secondly, the quadrupling of the urban population since 1990  has put water supply and sanitation infrastructure under tremendous pressure. Improved water supply is irregular with low quality standards, and is expensive to many of the poor who rely on informal services. The report also highlighted a widening gap between rich and poor in access to sanitation services in particular, with all the recent gains in urban sanitation access accruing to the richer segments of the population. In urban areas in 2016, the poorest 40% were ten times less likely to have an improved sanitation service than the richest 60%.

In urban areas, to meet the SDGs by 2030 the resources need to be targeted to areas of high vulnerability and low access, with a focus on providing water that is reliable, affordable, and of good quality. For sanitation, Tanzania needs to make targeted pro-poor investments and adopt citywide sanitation approaches ensuring improved access and safe management of fecal sludge. 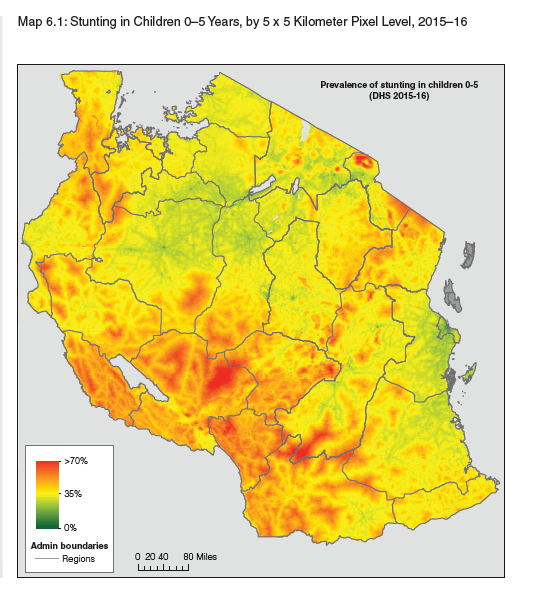 Both urban and rural sanitation deficits are strongly associated with a third issue, which is that 35% of Tanzanian children under the age of five are chronically undernourished. This limits them from reaching their full physical or cognitive growth potential.  When compared with a well-nourished child, a chronically undernourished child completes less years of schooling, learns less, and earns lower wages in adulthood. 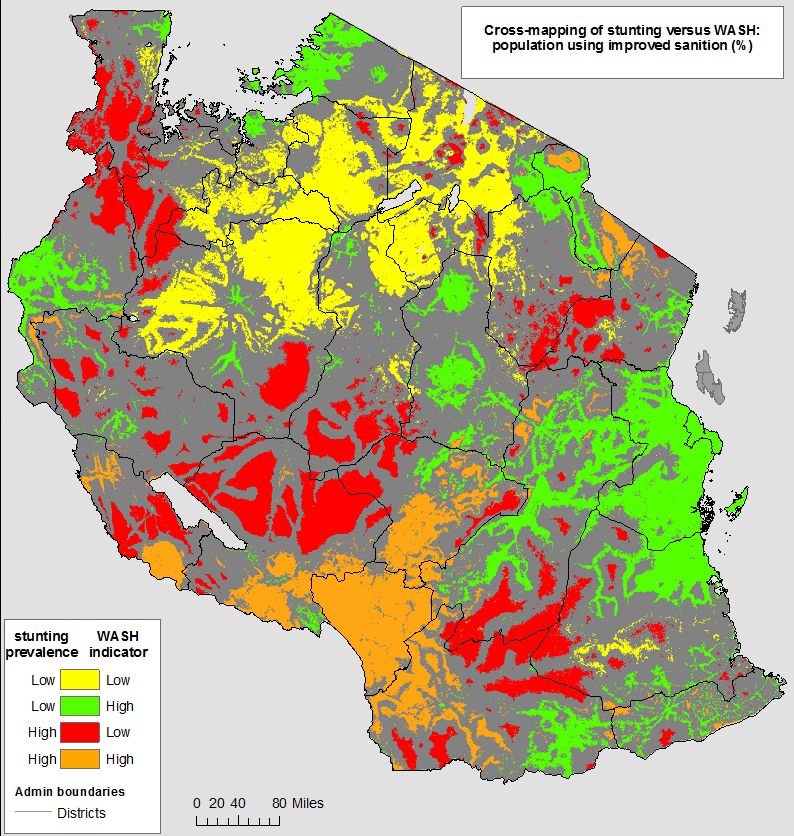 Tanzania urgently needs to close the service gaps in water supply and sanitation service delivery in order to improve human development outcomes.  Interventions need to be coordinated across water, sanitation, and health sectors to help children reach their full potential in life. WASH goals are a cornerstone for other human development outcomes, in particular for health and education and eventually nurturing a more productive generation who are more likely to escape poverty.

In his keynote address, Honorable Eng. Isack Kamwelwe, Minister of Water and Irrigation, emphasized that it is crucial that Tanzania immediately tackle the water and sanitation challenges, by departing from the business as usual policies towards those that ensure more effective interventions promoting accountability and sustainability of investments.

Making these changes will require funding, well-informed and directed policies, and attentive follow up on implementation. However, such efforts will be worth the reward — they will lead to broad knock-on effects, bringing about not just greater productivity and economic benefits, but a healthier next generation capable of leading Tanzania’s future. Awesome Blog and Research, we hope for Tanzania's Future. Life and Paani.

It's good to see a focus on water point sustainability in Tanzania. Globally, failure rates, particularly of rural water points, are often abysmal.
I know the country's WASH situation very well, having done doctoral research and some sanitation sector analysis work for the WSP.
What I would be interested in hearing about is the following:
In rural areas, how successful have the solar pumping initiatives that the World Bank started up been?
In urban areas, the report rightly notes the larger challenge of meeting 'safely managed'/SDG standards. How much of the urban water challenge can be met by getting more urban dwellers onto the utility, rather than drawing from questionable groundwater sources? I've seen some improvements in NRW and collection rates over the past decade, but there are huge gains needed still. Which specific initiatives do you think have been the most fruitful?
Ed
http://www.edbourqueconsulting.com

Thank you for this blog post, with solid data and critical analysis. I particularly like the recommendation that "the water sector should focus investment on ensuring sustainability, rather than perpetuating cycles of new construction and breakdown". This is particularly relevant for Tanzania, having invested hundreds of millions of dollars over the past decade and barely increasing overall coverage rate. But FOCUS INVESTMENT actually would mean that most funds go to areas where coverage is lowest (and stunting highest), and it also would mean that the intervention mechanisms have to be adjusted: Rather than a government agency doing all the drilling work directly, capacity in the private sector has to be strengthened. This can be achieved by training, by sourcing materials and services locally, by delegating work (but not responsibility), but also by strengthening existing capacities. There are already many entrepreneurs and companies offering WASH services but the government needs to start using them, of at least facilitate a process by which private household can use them. Thus, the governments needs to shift its attention away from the cycle of construction towards market facilitation and monitoring of quality. Some peope call this approach Self-supply, but whatever you call it, the government need to shift its role and to better focus its WASH investments.
Best regards,
Matthias