Starting life strong in slums: the role of engaging vulnerable groups on sanitation and nutrition 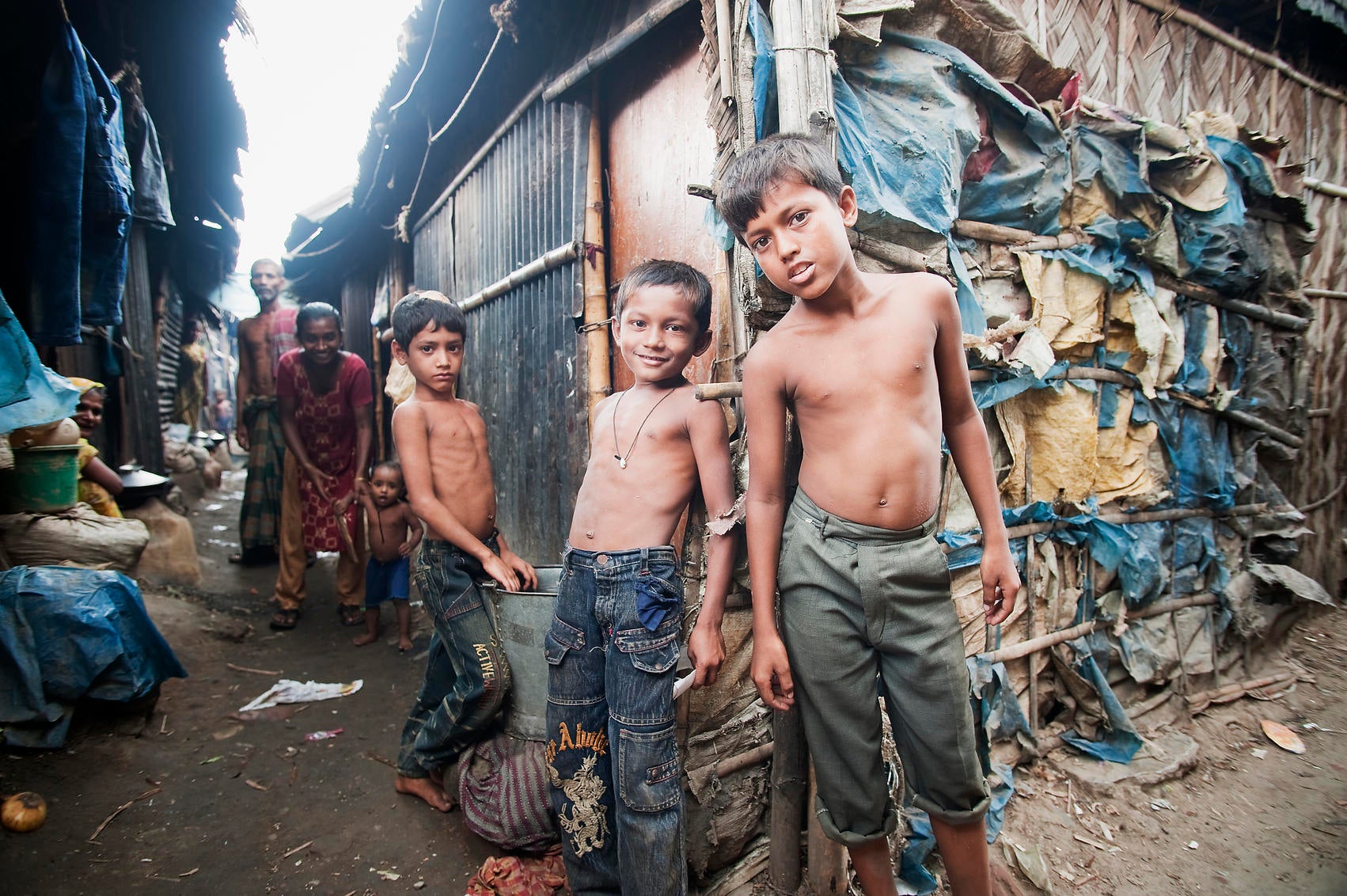 Crowded slums, poor sanitation and unhealthy diets.  It’s a potent cocktail and for too many families across the world, a daily reality.  Right now, an estimated one billion people live in slums and that number is expected to double by 2030. Slums are where the many deprivations facing the urban poor collide, including lack of access to clean drinking water, sanitation, safe and nutritious foods, sufficient living space, durable housing and secure tenure (UN Habitat).  They’re where human waste is routinely emptied into streets, canals, and garbage dumps. And where overcrowding and low rates of immunization and breastfeeding combine to exacerbate the already perilous problems children face.

Children growing up in these surroundings are at a higher risk of death and disease and are more likely to be chronically malnourished (Ezeh et al. 2017). For example, forthcoming World Bank research from Bangladesh shows that children living in slums are 50 percent more likely to be stunted than children living in other urban areas. This doesn’t just have implications for today - children who are stunted early in life go on to learn and earn less , and face a higher risk of chronic disease as they grow older. Tragically, these effects are often passed on to offspring, trapping families in poverty and malnutrition for generations, as per findings in a forthcoming World Bank report called Uncharted Waters.

So it is crucial that the response is commensurate to the challenge.  In the sanitation sector a ‘radical shift’ is underway to deliver Citywide Inclusive Sanitation, with a focus on ensuring sustained service delivery rather than focusing solely on building infrastructure. The end goal is to eliminate fecal contamination from the urban environment, providing the conditions for children to grow up strong, healthy and prosperous.

Improvements in sanitation are a necessary but insufficient contribution to eliminate stunting and malnutrition among the urban poor. They have to go hand in hand with creating food systems that are better able to promote healthy diets. Following the recommendations of the just launched report on WASH Poverty Diagnostic, the water, sanitation, health and nutrition sectors need to work jointly to ensure that improvements in WASH services and nutritious food systems translate into improvements in child health. We recommend the following three actions:

Firstly, nutrition and WASH services need to be inclusive of all groups to have the greatest impact on child nutrition.  Women and children are most vulnerable to the effects of poor nutrition, but traditionally lack the political voice needed to secure services. Poor urban households and those living in slums are often in a similar position – bearing the high health costs of poor service while being ignored by decision makers. These groups can be effectively targeted and engaged using community and social outreach workers.

In Ethiopia, a new Urban Water Supply and Sanitation Project includes support to slum areas and uses urban health extension workers to carry out sanitation and hygiene behavior change. These extension workers are a potential channel to reach groups not just in need of WASH, but other social and health services.

In Indonesia, the Global Alliance for Improved Nutrition (GAIN) is working in partnership with the Ministry of Health and Nazava Water Filters to improve nutrition in East Java under the Baduta Program. One of the key components of this program is the establishment of a sustainable supply chain of household drinking water filters that help households to filter their tap, well or rain water without the need to boil or use electricity. Filtering water is three times cheaper than boiling it and nine times cheaper than buying water. As part of this project, partners are piloting a micro-entrepreneurship model for women entrepreneurs for the distribution of community water filters.

Secondly, behavior change remains crucial.  Research in Ghana shows that uncooked vegetables, grown in areas surrounding slum households and irrigated with wastewater from open drains, are the main way young children are exposed to fecal contamination (Robb et al. 2017). This suggests that a range of actors, including those from agriculture, nutrition and WASH, are needed to influence household behaviors around wastewater reuse, food safety, food safety, feeding practices, and handwashing with soap.  Educating those who care for small children is particularly important.

Another key component of the Baduta project in Indonesia is a behavior change campaign called Rumpi Sehat (Healthy Gossip), designed to promote exclusive breastfeeding, optimal complementary feeding and safe WASH practices. As part of this campaign, village volunteers in East Java conduct various Emo-Demos (emotional-demonstrations) that are 20 to 40 minute highly interactive, game-like sessions with mothers that aim to create surprise, grab attention, spark emotion and challenge social norms. The village volunteers ensure a consistent experience in order to engage and motivate mothers to participate, giving them the confidence to practice the right feeding and hygiene behaviors. GAIN’s team worked closely with the London School of Hygiene and Tropical Medicine to develop the various props and simple discussion guides used for the Emo Demos.

Finally, slum households that are counted are better served. Governments are sometimes reluctant to recognize the existence of informal settlements or include them in official statistics – and they can face technical difficulties doing so. But their inclusion is vital to adequately assess needs, obtain budgets, and get services like health, nutrition, housing, water and sanitation to the places where they are needed most. Convergence of these critical services is the first step to a strong start and bright future for every child born into a slum.

Today, at Stockholm World Water Week, stakeholders from the water and nutrition sectors are coming together to discuss the evidence, policy and practice examples of how we can effectively address stunting in slums and informal settlements. We can no longer afford to overlook the complex problems faced by urban slums residents. By working together, we have the power to find sustainable solutions to improve their futures and help to build healthy communities and nutritious food systems. Excellent points about such important issues. I'm glad to have worked with Nazava through Miller Center for Social Entrepreneurship and to have seen their impact firsthand.