Shedding Some Light on Worker Skills in Uzbekistan 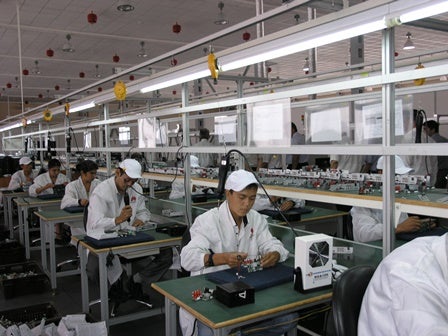 When we first set out to answer some basic questions facing policymakers in Uzbekistan, we were unsure what exactly to expect. Little was known about worker skills in Uzbekistan until last year, when two surveys were carried out by international partners. One survey (a joint effort between GIZ and the World Bank) assessed cognitive, non-cognitive, and technical skills of the working age population by interviewing 1,500 households. A second survey (commissioned by the World Bank) interviewed 232 enterprises employing higher education graduates and used a mix of qualitative and quantitative methods to assess employer satisfaction with workers’ skills.

When we analyzed the data for our recent report, “The Skills Road: Skills for Employability in Uzbekistan” what we found was eye-opening.

We found answers in the data to three fundamental questions posed in the report: Are worker skills hindering employment outcomes? Are relevant worker skills effectively generated in the education and training system? Can policy reforms improve labor market skills of the current and future workforce?

For example, we found that employed individuals have significantly better cognitive skills than those who are inactive or discouraged from participating in the labor market. While this finding may sound obvious, studying a labor market characterized by high rates of discouragement (people who are willing to work but who are not looking for work because they do not believe that they can find a job) and opaque hiring practices has immense policy implications. A less obvious finding suggested that the structure of Uzbekistan’s economy attracts the most skilled workers—those with the highest cognitive and socio-emotional skills—to the public sector and state-owned enterprises rather than to the private sector. For a country that strives to achieve upper-middle income status, this allocation of worker skills may prove problematic in the long term.

But, as we saw, being skilled is not always enough in Uzbekistan, as employers often demand the diploma certifying worker qualifications. Another World Bank report shows that firms complain of both quantitative and qualitative mismatches in worker skills. In the case of the former, large shares of employers in the industrial sector (49%) demand more qualified specialists with higher education. Such workers earn, on average, 55% more than similar workers who only have a general secondary education degree.

As for qualitative mismatches, gaps exist between the types of skills employers demand and those found among university-educated workers - even among those graduates who are hired. The most oft-cited shortages are gaps in their language abilities and a wide range of socio-emotional skills (such as accepting responsibility, self-motivation, and creativity). Based on these findings our analysis yielded policy recommendations to address shortcomings in the way skills are formed in Uzbekistan.
While skills are developed during different stages in the life cycle and a host of actors are involved (families, for example, play a central role) the education and training system has a mixed record in skill formation. The report argues that the government could do more to align the skills imparted through the education system with the needs of employers.

We believe the higher education system, which is characterized by low enrollment and rigid central control over university governance and curricula that prevent private sector participation in the development of educational programs, can be made more relevant by forging closer links with the labor market by injecting flexibility into its management and governance. The government can also do more to get children off to the right start by investing in early childhood development, where rates of return to investment are generally very high and important soft skills are learned.

Finally, more can be done to match the supply of skills with employer demand by improving the use of information in matching skills to jobs in the labor market.

With the government’s commitment to raising its GDP per capita to upper-middle income levels by 2030, a long-term strategy is needed to endow its current and future workers with the kinds of skills they will need for quality 21st century jobs. Ishan, thank you for sharing this. The primary aspect in an economy like Uzbekistan is the potential win-win factor for industries such as the Auto Industry or the Agro Industry to bring market based research closer to education, and education closer to the private sector. Studies like these essentially helpto create awareness of exactly this kind of a marriages between education and private sector that is much needed in a transition economy. It was a pleasure to work with the Bank Team in this field.

Great point Shameer. Reducing the distance between industry/firms and education and training providers can be a good way to ensure relevance of education for working life, and hence, productivity. The range of interventions from industry/firms varies, from industry associations playing a role in curriculum development to industry/firms offering training courses.
It was a pleasure working with GIZ in Uzbekistan. Besides the sector knowledge, GIZ come with a strong regional presence, which was crucial when the survey was fielded.