Can we find a real and viable solution for women who need banking services?

Since the beginning of time, women have been at a disadvantage when looking for financial loans. One reason is that women have less control over land and assets that can be used as traditional collateral. This puts a real damper on her ability to launch an enterprise or, even when she manages to launch one successfully, to take it to the next level.

In Africa, women’s entrepreneurial knack is self-evident to anyone who sets foot on the continent—just look at any roadside! So, this problem is likely quite costly and holding back development. Can we solve it somehow? 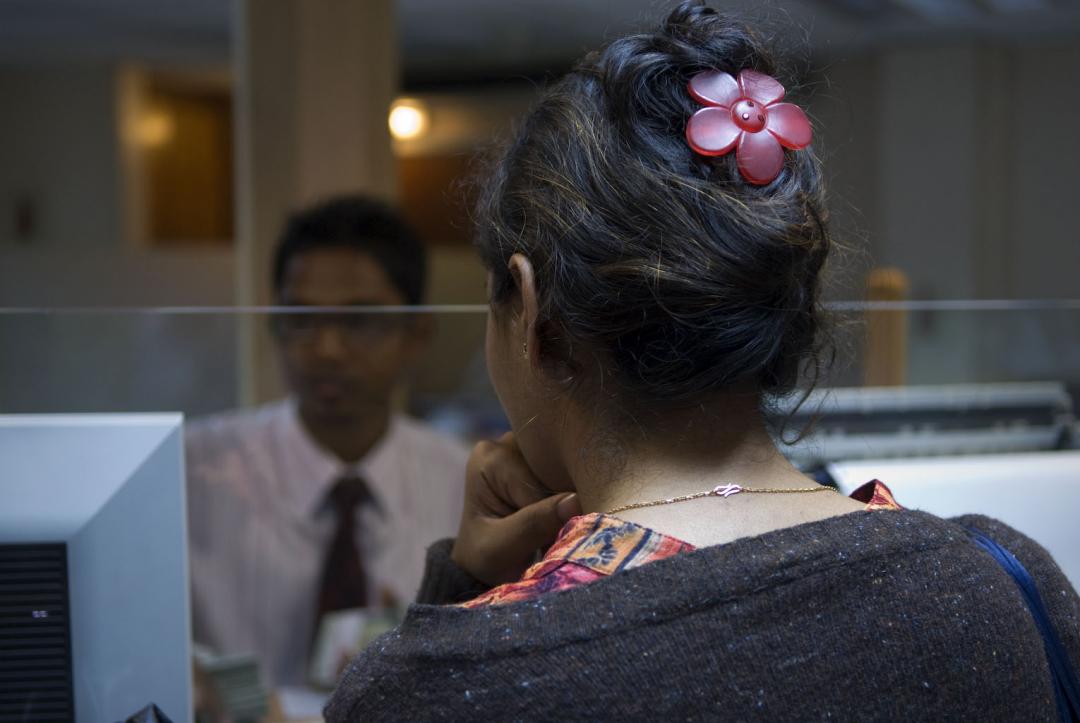 s it happens, the Entrepreneurial Finance Lab, an entity that spun off from Harvard’s Center for International Development in 2010, has developed a tool using something called “psychometric testing”, which measures personal characteristics such as knowledge, skills, education, abilities, attitudes and personality traits as a means to predict how likely it is a person will pay back a loan. And it is proving quite effective. Could this be a way to finally help find a solution for women who don’t have any credit history or hold formal title to assets that are traditionally accepted as collateral?

The World Bank Group’s Global Practice for Finance and Markets (GFMDR) started thinking seriously about this, and worked to see it if it could be integrated in a Bank-funded project in Ethiopia (the Women Entrepreneurship Development Project, US$50m). Francesco Strobbe leads the project team, and started to discuss the issue with us in the World Bank’s Africa Region Gender Innovation Lab (GIL). “I thought this was a great opportunity to test some innovative measures to see if we could reach a real breakthrough with much potential for women entrepreneurs—in Ethiopia and elsewhere.”

As the project was being designed, GIL’s Niklas Buehren was embedded with the team to conceptualize an experiment to test the tool’s effect for potential small-scale borrowers who don’t have access to traditional and adequate collateral. As part of the experiment, some women, who banks would not otherwise consider lending to, will be chosen to receive credit based on their psychometric characteristics. Their business performance will then be compared to other similar women who did not receive credit. We will also measure the viability of psychometric testing as a tool for financial institutions to assess credit-worthiness. Both the project and the GIL-designed test, or impact evaluation, is supported financially by Canadian CIDA.

GFMDR’s Salman Alibhai has been working on the ground in Ethiopia’s Amhara region to make the experiment a reality in collaboration with the Amhara Credit and Savings Institution. The project was launched earlier this year with a goal to reach as many women as possible within the target segment in the town of Bahir Dar, with loan sizes mostly lower than 70,000 Birr, which is about US$3,500.

This experiment is part and parcel of GIL’s work, which tries to provide more specific, actionable and rigorously tested advice to development teams who want to make their projects and programs more effective in increasing women’s and girls’ economic opportunity.

We will keep you posted on the progress and results of this innovative pilot experiment as it unfolds. We are passionate about eradicating poverty through innovative banking solutions @ choicemfb.com linking diaspora resources and banking experience with the local population

Following of further development and advices

When this program will come Tanzania?