Cities for an emerging Senegal 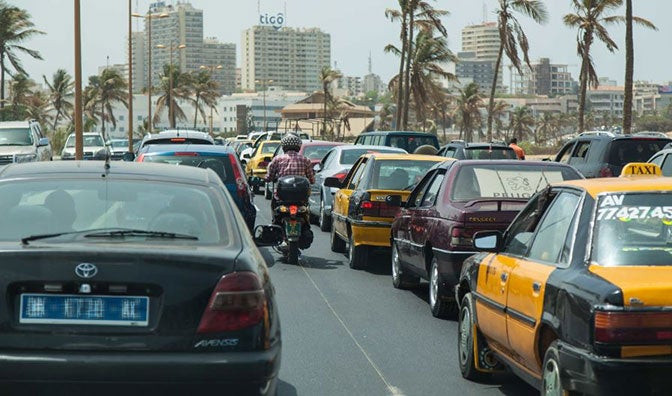 With almost half of its population living in urban areas, Senegal is ahead of Sub-Saharan Africa’s average urbanization rate of 40%. Senegal’s urban population has almost doubled in the last few decades, rising from 23% in 1960 to 43% in 2013, and is projected to reach 60% by 2030. This growth comes with immense challenges, but also constitutes an opportunity for Senegalese policymakers to structurally transform the Senegalese economy.

Urban growth has been mainly driven by urban centers, and mostly Dakar, Senegal’s capital city. Sixty-five percent of Senegal’s gross domestic product (GDP) is produced in urban centers, and 55% in Dakar itself. The Dakar region is home to 50% of its urban population, with more than 80% of registered firms concentrated there, and more than 52% of created jobs. Sixty-two percent of business openings are taking place in the capital city.

However, Senegalese cities, and more specifically secondary cities, struggle with a chronic deficit of urban infrastructure and poor service delivery. Sixty-eight percent of households in secondary cities are connected to the water network, while the remainder rely on water standpipes, and only 36.7% of urban households have access to basic sanitation (latrines, septic tanks). Besides Dakar, only six urban centers have partial access to a sewage system: Rufisque, Louga, Saint Louis, Kaolack, Thiès, and the tourist cities of Sally and Mbour. Most Senegalese cities struggle with waste management on both the collection and disposals ends. This is coupled with a limited capacity to plan for urban development. Less than 20% of Senegalese cities and municipalities have urban plans and most of those are obsolete, or not enforced, owing to weak local government capacities for urban management. Inadequate regulatory frameworks for land management and development contributes to distortions in the land and housing markets and is leading to the extension of informal settlements in the peripheries of cities in flood-prone areas.

Despite these challenges, policymakers have several options to consider:

Strengthening the role of secondary cities and improving the governance of the Greater Dakar Area
The lack of current proper infrastructure networks and adequate services in secondary cities is contributing to increased migration from rural areas to the capital, adding to deteriorating living conditions for the poor and straining limited technical and financial capacity of municipal and metropolitan authorities. As a result, financing needs have to be addressed at two different levels:

The government can also improve urban governance and overcome its urbanization challenges by focusing on common themes and confronting them proactively. In particular, Senegalese authorities need to generate new models of decentralized management and multilayered cooperation to create more efficient urban economic systems and inclusive cities that provide more equal access to housing, services, and opportunity.

Additionally, to create a more long-lasting impact, the Ministry of Local Governance and Development has requested the World Bank’s support to support the development of activities in selected cities around the country – an activity which directly followed as a result of the Urbanization Review’s propositions of core themes. Establishing reliable and self-sufficient financial systems on the local level are key to improved municipal authority, and crucial to Senegal’s long-term economic development goals. The government is also keen on supporting more interconnected networks among cities and regions, as well as tap into the economic opportunities that the urban population provides.

It is time for Senegal’s leadership to provide a platform to address these urban development challenges and to respond to the needs of a thriving population in an efficient and inclusive way.