Getting Zimbabwe’s agriculture moving again: The beckoning of new era 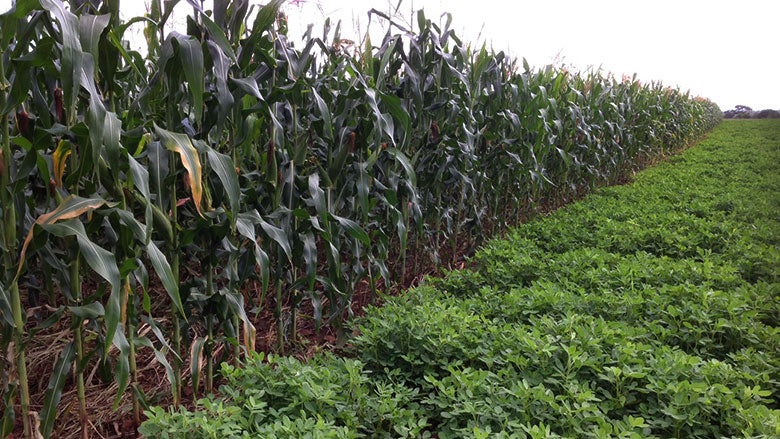 ‘Our Economic Policy will be predicated on our agriculture which is the mainstay…’ said Zimbabwe President Emmerson Mnangagwa in his inaugural speech in November 2017, setting a new tone for agricultural development in the country. While reiterating that the principles that led to land reform cannot be “challenged” or “reversed,” he called for a “commitment to the utilization of the land for national food security and for the recovery of our economy.”

Zimbabwe as the breadbasket of Africa

Before 2000, Zimbabwe was known as the ‘breadbasket’ of Africa. During that period, agriculture accounted for between 9-15% of the gross domestic product (GDP), and between 20-33% of export earnings. Additionally, agriculture contributed over 60% of raw materials to agro-industries, with more than 70% Zimbabweans deriving their livelihoods from the sector.

The breadbasket status has since been lost, and some studies attribute the low agriculture productivity to the changing agrarian structure following the land reform program.

The 2011/2012 Poverty Income and Consumption Survey (PICES), a Zimbabwe Statistical Agency survey based on 32,248 nationally representative households estimated that 76% of rural households are poor with 23% deemed extremely poor.

The question that arises now is how to restore Zimbabwe’s status as the ‘breadbasket’ of Africa and reduce rural poverty? Specifically, how does Zimbabwe become a breadbasket again, but this time in a manner that spreads its benefits more widely, especially to the poor rural areas, rather than a limited number of landowners and traders?

At independence in 1980, Zimbabwe inherited a dualistic, racially-skewed agrarian structure and a discriminatory land tenure system. The late Sam Moyo, former executive director of the African Institute of Agrarian Studies, at the time said that land ownership was dominated by about 6,000 white commercial farmers and a few foreign and nationally-owned agro-industrial estates in contrast to 700,000 peasant families and 8,000 small-scale black commercial farmers. The government thus sought to broaden access to land by black Zimbabweans. By 1990, only 70,000 families had been resettled on about three million hectares through the national land reform program, well short of the targeted 162,000.

Some scholars are more optimistic about the impact of the land reform program. They considered it successful in achieving both production and livelihood targets for small-holder farmers. The crop output from resettled farmers was found to be worth more than four and a half times per household, compared to an average communal household. Similarly, revenue was higher ZW$2,778 per household compared to ZW$852 per household in the communal area. These positive statistics were attributed to improved access to seasonal credit, agricultural extension, veterinary services and availability of more arable land.

Even with the land redistribution efforts, land invasions continued, and led to the Fast Track Land Reform Program (FTLRP) of the 2000s which significantly altered the agrarian structure. More than 10 million hectares of land was transferred to between 170,000-220,000 households, on small-scale (A1) and medium scale (A2) farms. The new agrarian structure, led to a decline in either area cropped or crop output or both post-2000, though it selectively began to rise from 2006. Climatic and weather induced disasters also contributed to decline in agricultural outputs and yields.

To support newly settled farmers, the government introduced programs such as the Productive Sector Facility (PSF) for agriculture. However, an array of challenges continued to undermine the productive capacity of small-scale producers, such as inadequate service delivery to the new smallholders, including information systems, research and development, input supply, mechanization services etc. There has been reduced inputs such as fertilizers, chemicals, seed and credit supplies. For example, the fertilizer industry has been operating under 30% capacity compared to around 75% capacity prior to the reform.
Limited access to finance is further restricted by unclear land tenure, transferability and marketability of land. Surveys show repeatedly that many medium-to-large scale A2 farms are undercapitalised with low levels of production, and sometimes significant land underutilization.

This analysis feeds into existing World Bank support to the agriculture sector in the country through the Zimbabwe Reconstruction Fund. The work focuses on supporting Zimbabwe food system with analytical and technical assistance around (a) enhancing productivity through climate smart agriculture, (b) improving the enabling environment for business via specific reforms and (c) building resilience to disasters through diagnostics work on risk financing and management approaches (d) south – south exchange on approaches of linking smallholder farmers with markets.

To improve productivity among smallholder farmers, the following are necessary: improved access to agricultural inputs, improved technologies, access to finance, linking smallholder farmers with markets improving infrastructure and improving skills for better jobs across the agriculture value chain. Strengthening the policy and legal environment to catalyze more and better investments in agriculture is vital and more importantly, addressing the land tenure security is a key task.