Taming the Tides of High Inflation in South Sudan 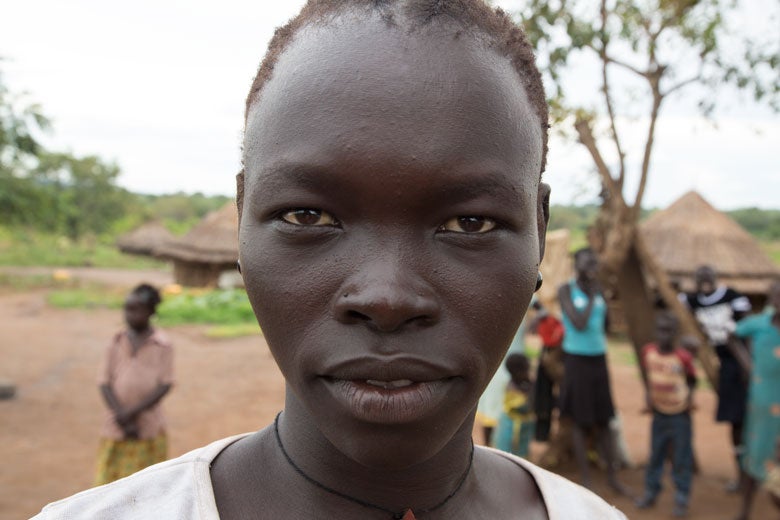 Six years after independence, South Sudan remains one of the world’s most fragile states, unable to emerge from cycles of violence. About half the population—that is, about 6 million of 12 million people—are food insecure. A famine was declared in February 2017. And though the famine was contained (thanks to massive humanitarian support), food insecurity remains at extremely high levels.

About 2 million South Sudanese have fled the country and another 1.9 million are internally displaced. The economy is estimated to have contracted by 11 percent in the past fiscal year, due to conflict, low oil production, and disruptions to agriculture. The fiscal deficit, inflation, and parallel market premium have all soared.

This macroeconomic collapse has crushed the livelihoods of many South Sudanese.

Urban poverty jumped from 49 percent in 2015 to 70 percent in 2016. With wages losing their purchasing power, many salaried workers and other employees have been driven into poverty, as have individual business owners. Many working-age South Sudanese have left the labor force, presumably giving up hope of finding a job to sustain their families. And, while waiting for a lasting resolution to the country’s political differences, the population has engaged in creative survival and coping strategies, often in the informal sector.

The financing situation is dire. Not only is the government financing itself through accumulated arrears to civil servants—many of whom have not been paid for months and are often no longer working—but it has accumulated large contingent liabilities on its balance sheet. Deficits associated with the war and with security spending have been financed by printing money, driving inflation.

The monetization of the fiscal deficit by the Bank of South Sudan explains the country’s high inflation. The rate of inflation peaked at 550 percent in September 2016. The pace of the printing of money has slowed in recent months, so inflation decelerated to 102 percent during September 2016–September 2017 (Consumer Price Index for South Sudan published by the National Bureau of Statistics in November 2017).

Notwithstanding the recent downward trend, galloping inflation continues to put many households in both urban and rural areas in a stressful situation because they are unable to afford even the minimum food basket.

Which stabilization path for South Sudan?

The key policy priority for South Sudan is to restore peace, order, and security. These are crucial preconditions for any successful macroeconomic stabilization plan.

Any credible reform plan would also require a clear commitment to take on a series of difficult economic measures. Effective post-conflict economic programs have often sequenced stabilization programs with structural and institutional reforms. Yet, the latest economic and security developments in South Sudan indicate that, despite the urgent need for, inter alia, fiscal consolidation and exchange rate adjustment, the government remains absorbed in conflict-related issues.

With or without reforms, South Sudan is confronted with clear exchange rate choices and trade-offs. Under the current, managed float, monetary policy is in search of a nominal anchor.

Considering its limited institutional capacity, the lack of independence of its central bank, and significant credibility problems in its recent history, it is highly unlikely that South Sudan has the capacity to follow a credible money-based stabilization plan.

Another option would be to follow an exchange rate–based stabilization plan. Inflation could be tamed through a hard peg of the South Sudanese pound to the dollar. The disadvantage of hard pegs is the loss of autonomous monetary policy. But, at the current state of institutional development in South Sudan, such autonomy might be an illusion. In this case, the key decision is to identify the anchor currency, with dollarization a possible option. The success of such an exchange rate–based stabilization plan would then depend on the strength of the accompanying structural and fiscal reforms.

Taming the tides of high inflation in South Sudan, in the first instance, requires peace and security, and then the political will to pursue a strong and credible stabilization plan. Short of this, the country risks spiraling further toward being a failed state. Senior Economist in the Macroeconomics and Fiscal Management Global Practice

Am a South Sudanese who is currently studying in Kenya.Am really disappointed with current state of my country's economy.I strongly believe the one day am gonna help my people,support them in way I can