What does Tanzania’s move to lower-middle income status mean?

On July 1, 2020, the World Bank announced that the Tanzanian economy had been upgraded from low to lower-middle income status. So, what does that mean? Below, we answer some of the most frequently asked questions about this global exercise and what it means for Tanzania.

How does the World Bank define country income groups? The World Bank assigns the world’s economies to four income groups—low, lower-middle, upper-middle, and high-income countries. The classifications are updated each year on July 1 by the Bank’s Development Data Group using the gross national income (GNI) per capita in current US dollars of the previous year (2019 in this case) against thresholds adjusted annually for inflation. Thus, the GNI numbers that are used for this year’s classification do not yet reflect the impact of COVID-19.

What has caused the change in classification for Tanzania? Tanzania’s GNI per capita increased from $1,020 in 2018 to $1,080 in 2019, which exceeds the 2019 threshold of $1,036 for lower-middle income status. Thus Tanzania is currently classified as a lower-middle income country. The upgrade for Tanzania is the product of the country’s strong economic performance of over 6% real gross domestic product (GDP) growth on average for the past decade.

Has the country achieved the Tanzania Development Vision (TDV) 2025 goals early? Yes and no. Per capita income is the formal criteria for low- and middle-income countries (LMIC) classification, and Tanzania has now crossed the threshold for lower-middle income status. But this is only part of the picture. TDV 2025 is much broader, and envisions Tanzania as a middle-income country in 2025, characterized by high-quality livelihoods; peace, stability, and unity; good governance; a well-educated and learning society; and a competitive economy capable of sustainable growth and shared benefits. So increased GNI per capita is not enough. Investing in both human development and physical capital is key to achieving these broad goals and improving the quality of life for all Tanzanians. 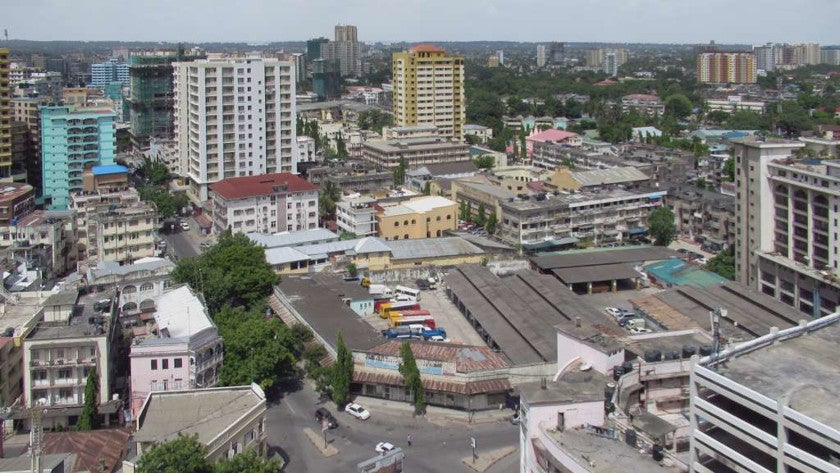 What will it take to retain LMIC status? Income classifications are calculated by the World Bank annually, and Tanzania needs to sustain its income growth momentum to remain in LMIC status. The COVID-19 pandemic presents unprecedented challenges around the globe, and per capita income in many countries will decline in 2020. Tanzania is also facing challenges, as discussed in the recently released Tanzania Economic Update. Historically, there have been 23 cases in the past 10 years of countries slipping back from MIC status to low income, or from high-income status to MIC. This has occurred for a variety of reasons. Some are exogenous, such as natural disasters and conflicts, but a significant number are also due to macroeconomic instability from high reliance on natural resources (commodity price shocks) or weakened debt sustainability due to mismanagement of macroeconomic policies. Hence, continued prudence on macroeconomic management should be a priority for Tanzania even after reaching this milestone.

Will Tanzania immediately lose access to concessional financing from the World Bank? No. While GNI per capita informs the decision on whether or not a country is eligible for International Development Association (IDA) financing - the World Bank’s concessional lending arm - it is not the only indicator. Other factors, such as a country’s macroeconomic prospects, creditworthiness, risk of debt distress, vulnerability to shocks, institutional constraints, and levels of poverty and social indicators are also used to establish a country’s eligibility for IDA financing.

Where can I find the underlying data behind the per capita income calculations? The data used by the Development Data Group to calculate GNI per capita is publicly available. Data for GNI, GNI per capita, GDP, GDP PPP, and Population for 2019 are now available on the World Bank's Open Data Catalog. Thank you for educating me about MIC

What Tanzania termed to lower middle economy by wb what causes

With relevant justification what are impact of Tanzania being in middle income in relation to Globalization?.

Why Tanzania has been promoted by the world Bank to be middle income status recently in July 2020?

Why Tanzania has been promoted by the world Bank to be middle income status recently in July 2020?

I congratulate Tanzanians and much respect to the government of Tanzania,Tanzania as attained middle income country in the rang of lower middle income so it needs to reach to upper middle incomes soon as possible but the case of nation loans burden is still a challenge so how Tanzanian government will reach soon while this burden is developing to erode the economy in one way

Thanks for more clarification about MIC

How middle economy of Tanzania affect more women than men

What does mean when the country qualify to middle income, while majority life still remain hard?

Thank you very much for a well elaborated information about this great step forward for our country. I am very impressed with some phrases here sighting that though the country has entered a another class according to world bank ranking procedures but it reminds the government that this also has to prevail in the social life of many Tanzanians. Our government now has to focus on making projects that focus on improving the livelihood of each citizen. Tanzania's vision 2025, is much clear about the significance of individuals life that would define the country move to high ranks of the economy. And so our government will have to go much deeper into the lives of Tanzanians to this great relevance to the actual situation among the citizen.

Hasn’t the Lower-Middle Income status discouraged donor states and NGO’s from funding projects in Tanzania in one or another?? Because as we speak many are with drawing, could this attained status be one among the reasons? Thank you so much.

It quite a good message which developing countries should learn from.

Thank you for updates

I would like to extend a lot of congratulations to the word bank management and also Tanzanian government .
According to the strategies set by the Tanzania government ,it is very soon that Tanzania will move again from LMIC to UMIC .

LMIC ascent clarifications are spot-on. Some concerns and nuanced arguments harboured earlier due to ignorance over LMIC-status have luckily been given medication. Though, complete recovery may take time to be realized!

JERLADI KANYONDWI
Apprecition to the World Bank ranking Tanzania into LMIC but also am deeply crying because in Tanzania there is everything ,i mean resources are plenty,we have delayed much,we were supposed to be in HIC's

Thanks ,but I like your opinion again ,on the implications of Tanzania as a middle economy country to the agricultural sector

Much respect for Tanzanian government to rise up more!

What are the things done by Tanzania goverment which help to move in low middle income status?

I LOVE MY COUNTRY TANZANIA FROM MY INTERNAL HEART. ALSO MY GOOD REGARDS TO MY GOVERNMENT OF TANZANIA ON HOW TO MONITOR AND ENSURE GOOD MANAGEMENT AT ALL SECTORS. WHICH HELP US TO PAVE THE WAY AND TO KISSED THE MIDDLE ECONOMY STATUS BEFORE TDV OF 2025 VISION.

Thank you for this important knowledge about lower MI status. to sustain into this category, Tanzanians need to work extra diligently and hard while focusing our attention in manufacturing and agricultural development.