Employment and Fertility in the Middle East and North Africa: Mothers to the Rescue? 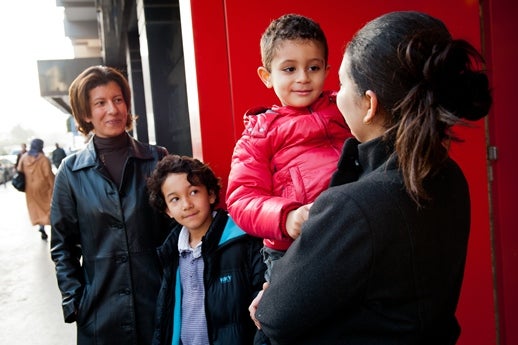 New entrants to the working age population in most Middle East and North Africa (MENA) countries encounter economic structures and policies that have long failed to generate an adequate number of new jobs.   In recent years, about 5 million people per year have reached working age but only 3 million of them have found jobs.

Unfortunately, ongoing political turmoil and associated economic conditions and policies suggest that the jobs challenge will continue to fester for years to come.  However, help may be on the way from a “curiously unnoticed” source: falling fertility rates.  According to a recent paper by Nicholas Eberstadt and Apoorva Shah, the Muslim world (including MENA) is undergoing one of the most rapid declines in fertility rates in modern times.  By reducing the supply of future job-seekers, this behavioral change among mothers in MENA could well ease the employment challenge within the next twenty five years.

Here are some relevant indicators for MENA: These trends should not be surprising.  Since the 1970s, MENA countries have experienced rapid growth in urbanization and female education and a rapid decline in child mortality.  These factors have a well-established negative impact on fertility.  In addition, we are also seeing an increase in the age at which females first get married in MENA.  This has moved into the upper twenties--higher than in most developing countries though lower than in Western countries (see here).  All in all, we should not be surprised that fertility rates have come down sharply.

According to Eberstadt and Shah, at current trends of fertility decline, several MENA countries (including Algeria, Iran, Morocco, Qatar, Tunisia and the UAE) will see a significant easing of labor force pressure (from the supply side) within the next quarter century and indeed a peaking of the national working age cohort (ages 15 to64) by 2050.  Lebanon’s workforce is projected to peak as early as 2023!

Of course, for some other countries, such as Yemen and Iraq, fertility levels are still too high to expect an easing of demographic or employment pressures within the next three decades.   And it should also be kept in mind that while rising female education may help ease the employment challenge in MENA through its effect on fertility rates, it may also increase employment pressures by leading to higher rates of job-seeking among females.

Finally, while the fertility decline will help on the employment side, it will generate new challenges in other areas of public policy.  For example, as the youth bulge diminishes over time, the ratio of non-working elderly persons to working persons will rise.  This will increase pressures on the medical and pension systems of the MENA region.  That is a subject for another blog.
Topics
Gender
Education
Health
Jobs & Development
Social Protection
Countries
Algeria
Bahrain
Djibouti
Egypt
Iran
Iraq
Jordan
Kuwait
Lebanon
Libya
Morocco
Oman
Qatar
Saudi Arabia
Syrian Arab Republic
Tunisia
United Arab Emirates
Yemen
Regions
Middle East and North Africa