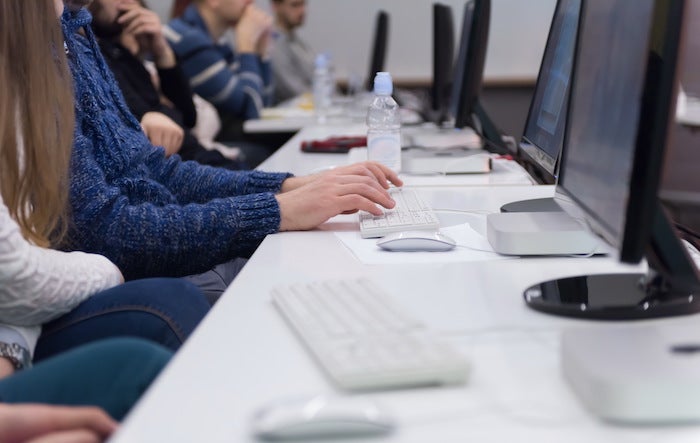 The traditional route of industrialization for developing countries may no longer be available for the Middle East and North Africa (MENA) region. This should not be a source of regret, as the aspirations of the region’s young and well-educated population extend far beyond auto assembly lines. Furthermore, the repetitive work of an assembly line will increasingly be performed by machines rather than people. The rapid pace of technological change that is propelling this process, dubbed the "Fourth Industrial Revolution," offers new opportunities for developing countries. Opportunities the MENA region cannot afford to miss.

Technological transformation could be a way for the region to leapfrog into the future. While MENA missed the earlier boat on industrialization, there was extensive investment in the health and education of the population. This human capital can be the source of the creativity and skills needed to drive the new digital economy. Young people have been quick to adopt new technology, and the 'Arab Spring' showed how adept they were with social media. Yet to unleash the transformative effect of technology, the mobile devices that are in every pair of hands need to become more than instruments to communicate grievances. They need to become tools to innovate, launch businesses and create new opportunities.

One of the major obstacles holding back the launch of a thriving digital economy is the lack of access to digital payments. This is a problem of regulation rather than innovation. The lack of competition in the banking sector has allowed incumbent banks to retain their dominant positions free of the pressure to innovate and offer new services. Regulators need to stop favoring incumbents, and introduce new regulations that guard against risk, while also encouraging innovations. This would allow for the emergence of non-bank operators offering digital payment systems such as MPESA in Kenya, which has both increased financial inclusion and laid the foundation for e-commerce.

Digital payments and e-commerce are a way for less developed and more isolated communities to overcome their social and geographic handicaps.  For new businesses and start-ups, it can mean bypassing the need for prohibitive investments in infrastructure and marketing. It is estimated that rural on-line stores in China created more than 28 million jobs in 2017. In Morocco, home-based female weavers are selling rugs and other textiles over the internet and keeping large shares of the profits, while in Egypt a young start-up is marketing healthy homemade meals.

The evidence shows that these start-ups and small and medium enterprises are the greatest source of jobs. Digital payments systems, coupled with access to high speed internet, would both connect them to customers and increase their productivity. A connection to the cloud, for instance, would provide low cost access to the latest software. More importantly, these systems would allow these start-ups and small businesses to integrate with the national economy. These same systems would also allow the MENA economy to integrate more effectively with the global economy.

There is widespread concern that the Fourth Industrial Revolution will be a net destroyer of jobs. Right now, most people in MENA work in the informal sector where their jobs are already vulnerable. Digital technology would be a boost; allowing them to increase their productivity while linking them to more income generating opportunities. One of the biggest challenges the region faces is the ever-growing number of unemployed university graduates. The new digital economy would create a demand for higher skills, and education systems should adapt to deliver them.

At the same time, embracing new technologies and transforming the economy will be disruptive, and the process will need to be undergirded by revamped social safety nets. Now, social safety nets are tied to occupations, and mostly those in the public sector, which excludes the large majority of the population in the informal sector. Modern systems are needed focused on individuals and their specific needs.

One risk the region will have to contend with are the juggernauts of the new economy. The world is dominated by big tech giants that are likely to prey on countries that have relatively weak systems for protecting personal data, which in the digital economy is as valuable as oil. Locally, to cope with this risk, centralized states favoring rentier economies can actually get stronger instead of playing their role as mere enablers. Countries in MENA should adopt regulations flexible enough to accommodate the fast-moving industries underpinning the new economies and reassuring enough to allow for venture capital engagement and the transition from start-ups to growth and jobs generating 'scale-ups'. This will promote the emergence of national champions that are driven by local talents. Local tech firms will need the right conditions to grow to the point where they can project globally and be in a position to partner with global tech giants. This will require developing and mobilizing the right talents, including drawing on the pool of skills and knowledge in the diaspora. Local platforms can begin by offering local solutions to local problems and eventually connect to global value chains.

Missing out on the Fourth Industrial Revolution would leave the MENA region on the wrong side of the digital divide.  The region would be excluded from the global value chains of goods and services. Without the cloud and the access to the latest software it provides, start-ups and small enterprises would be less competitive. People living in less developed countries would be left waiting for infrastructure that links them to opportunities or forced to travel in search of them. On balance, the returns on digitization are potentially higher for developing countries. The MENA region is in position to reap its rewards. It will require changing regulations that now favor incumbents, and creating competitive economies driven by innovation. This is the only formula capable of meeting the aspirations of the region’s youth.

The authors are, respectively, the World Bank Vice President and Chief Economist for the Middle East and North Africa