The paradox of higher education in MENA

Note: This is an English version of my keynote speech given at the recent MENA conference on “Paradigm Shifts in Tertiary Education” in Algiers on May 30-June 2. 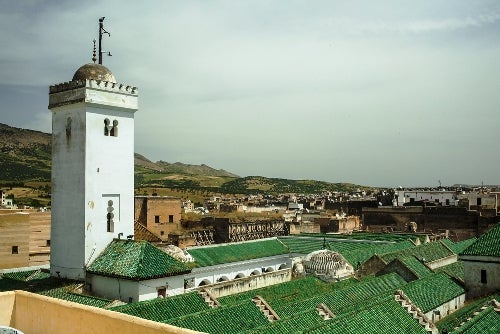 The Middle East and North Africa (MENA) was the cradle of higher education.  The three oldest, still-functioning universities in the world are in Iran, Morocco, and Egypt.  The University of Al-Karaouine in Fes has been granting degrees since 859 A.D .  The Ancient Library of Alexandria, in addition to being repository of books and manuscripts, was a center of learning during the Ptolemaic dynasty, with scholars traveling to there from all around the Mediterranean and beyond.  And scholars such as Ibn Khaldoun discovered fundamental economics four centuries before Adam Smith and others. In short, all of us who have benefited from a university education owe a debt to the MENA region .


Yet, today the quality of higher education in MENA is among the lowest in the world. Only two or three Arab universities are in the list of the top 500 universities in the world (and none are in the top 200).  Employers in the region complain that university graduates lack the skills needed to work  in the global marketplace. Many are not trained in science, mathematics, engineering, and other technical subjects where the jobs are. Furthermore, these graduates lack the “soft skills,” including creativity and teamwork , partly because their training has emphasized memorization and rote learning. In Egypt, despite an unemployment rate of over 10 percent, some 600,000 jobs remain unfilled. About 40 percent of university graduates in MENA are unemployed;  the labor force participation of women, most of whom are better educated than the men, is the lowest in the world.  Worse, violent extremist groups have used universities as one of their sources of recruitment.

How could this have happened? How could the same region that created higher education have a system that is so dysfunctional that it’s contributing to, rather than alleviating, the problems facing MENA?  And how can the situation be turned around, so that the universities are once again the best in the world?

We can start by seeking the reasons behind the current problems of the region. To be sure, the reasons for the high unemployment rate among university graduates are manifold and have mostly to do with the investment climate and the (lack of) growth of the private sector. But there is one feature that is common to all the countries in the region:  The majority of university graduates received jobs in the public sector. The state was the employer of first and last resort.

This feature had an impact on the quality of university education:  The second, more controversial, reason has to do with the pricing of university education. Almost all the universities provided education free of charge, based on the notion that poor people should have access to higher education as a means of escaping poverty. Unfortunately, the result has been that the overwhelming majority of students in universities come from the richest parts of the population. The pattern is not unique to MENA: It is found in Asia and Africa. And the reason has to do with economics.  Whenever something is provided for free, there is excess demand. Universities ration the excess demand by requiring students to pass an entrance exam. The rich can afford to send their children to the best secondary schools to prepare them to pass the entrance exam. As a result, the universities are full of students from the richest strata of society. Put another way, free higher education confers a huge rent to those who have access to it. And the rich are better placed to seize those rents than the poor.

In fact, the problem is worse because free education gives weak incentives to improve the quality of university education. The university has little to gain by investing in improving the curriculum (since more students doesn’t mean more revenue). Meanwhile, students don’t demand better quality as much as they would if they were paying for the education and needed to recoup their investment. The experience of Tribhuvan University in Nepal is instructive. When they started charging tuition fees in their institute of engineering, the quality improved so much that they started attracting students from all over South Asia. Moreover, the reforms spread to the rest of the higher education sector in the country.

To be sure, simply charging for higher education will not solve the problems of universities in MENA .  For one thing, poor people should still be able to afford tertiary education , but this should be addressed by providing means-tested scholarships, rather than an across-the-board subsidy that, as we noted, the rich can take advantage of. For another, the transition needs to be managed because such shifts are likely to elicit a political reaction. However, the principle has to be that universities should be given incentives to invest in higher quality education, and students should have an incentive to demand higher quality instruction .

If we can bring about these two changes—a shift in the focus of higher education away from public-sector jobs and a system of financing that aligns incentives with quality—we can go a long way towards restoring the grandeur of higher education in MENA.  As I mentioned at the beginning, the whole world owes the MENA region a huge debt for having created and nurtured university education a millennium ago. It is time to repay that debt.
Topics
Education
Regions
Middle East and North Africa

Excellent and very much useful article