Where Will the Jobs Come from in the Middle East and North Africa? (Hint: You need start-ups) 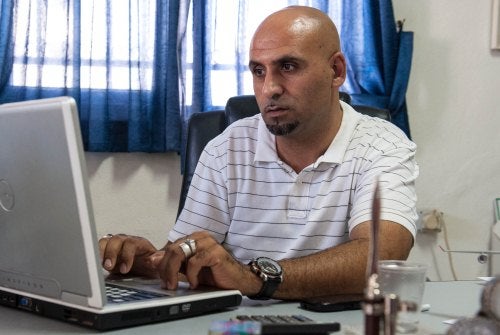 A former hotel owner in one of the region’s major cities, who wants to remain anonymous, tells a story that should have had a happy ending. Her 40-room hotel was doing well. It had built a reputation for excellent service. She decided to capitalize on her success and expand the business by adding a restaurant. This would have provided her with another revenue steam and allowed her to attract more customers, especially foreign tourists. Apart from expanding her business, the need for new kitchen and wait staff would have meant jobs for the local community. It would also have meant more business for local suppliers of everything from food to tablecloths.

With such a long list of potential benefits, who would want to stand in the way?

This is where the story takes an unfortunate turn. Having acquired the separate license needed to open a restaurant, the hotel owner invested US$200,000 in new furniture and equipment. She now thought she was ready to launch the restaurant.

But before she was able to serve a single guest, a representative of one of the four government agencies that regulate the tourism industry appeared at her hotel. The hotel owner was informed that she did not in fact have the right license for a restaurant. However, with the payment of a substantial bribe, the correct one could be arranged. The hotel owner refused and, soured by the entire experience, decided to quit the hotel business altogether.

I have no doubt that many in the region who read this story will be nodding their heads in recognition. Red tape and bureaucracy are not news, but what may not be fully clear is their true cost.  Along with a group of World Bank colleagues, I collected a number of similar stories for the forthcoming report, Jobs or Privileges, Unleashing the Employment Potential of the Middle East and North Africa. The stories, along with the extensive data we analyzed, revealed that the region’s excessive bureaucracy is more than just a breeding ground for corruption. The mass of regulations and the unpredictable way they are enforced are not an accident. Rather than promoting competition, on which a healthy business environment thrives, they are designed to protect a few privileged firms from competition. Protecting privileged insiders stifles competition across the entire economy, leads to weak growth and very disappointing job creation.

We looked at many years’ worth of surveys, and found that half of all firms said that a lack of clarity about the rules, and when you might trip over one, was an obstacle to growing their business. One third said it was a severe obstacle. We found that it was new businesses that were most likely to get caught up in the tangle of rules. This is a serious problem as start-ups account for the majority of new jobs; especially the fast growing ones.

The Middle East and North Africa region is no different than any other. Like everywhere else in the world, it is the young firms and more productive firms that account for the majority of job creation. Startups accounted for 92 percent of total net job creation in Tunisia between 1996 and 2010 and 177 percent of net job creation in Lebanon between 2005 and 2010. But with rules more focused on protecting established insiders, rather than encouraging new ventures, incentives to innovate and gain in productivity are low and not enough start-ups see the light of day. On average, for every 10,000 working-age persons only 6 limited liability companies were created annually in the region. By comparison, the average across 91 developing countries was 20 per 10,000 working-age persons, and as high as 40 and 80 in Chile and Bulgaria, respectively.

The hotel owner never had a chance to see if her new restaurant would be a success. She was overcome by the complex maze of regulations and the opportunities for corruption it provides. Her restaurant died before it was launched, and the potential for new jobs, and orders for other businesses, went with it. We will never know how fast it might have grown or how many jobs it might have created. There are many factors that affect the growth of businesses, such as access to credit, but first and foremost they need an environment where the rules are clear and everyone is treated equally.

Privilege and competition cannot coexist. You can have one or the other – not both. Without reforms to level the economic playing field, start-ups and entrepreneurs with innovative spirit will continue to struggle to get off the ground, growth will remain weak and the private sector will never reach its true potential. In a competitive environment, where what matters is innovation and creativity, the most productive start-ups will have a chance to grow and create more jobs.

The hotel owner now leases her property on a long term contract. It turns out that is a line of business that is regulated by only one government agency. But not every story has to end this way.