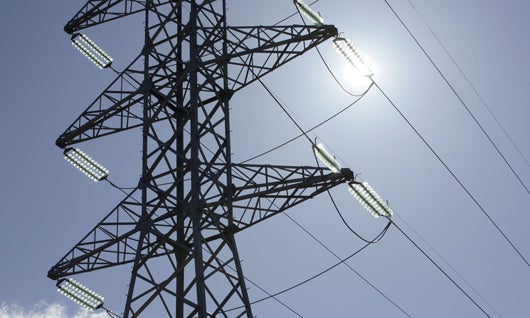 Climate change presents serious and growing risks to the global economic system, with a number of recent studies showing the impact that climate change is already having on livelihoods and business models. For example, extreme weather, which can be exacerbated by climate change, caused economic losses of US$2.6 trillion from 1980 to 2012.

Addressing these risks is an economic and societal imperative. At the same time, it presents opportunities. Climate-smart investments in efficient, clean infrastructure, clean energy, resilient agriculture, and water resources offer stable, attractive returns for investors and communities when the conditions are right.

This week, I was in Lima at the Peruvian government’s Climate Finance Week and found many reasons to be optimistic that we can turn the climate challenge into an economic opportunity.  This blog post shares some key themes that I took away from the event.

1) Finance ministries are taking ownership of the climate agenda

Lima Climate Finance Week began with a high-level panel featuring the ministers of environment and finance. Peruvian Finance Minister Luis Miguel Castilla emphasized the false dilemma between economy and environment, saying that Peru wants to show that climate change risks and opportunities can be incorporated into the national budget and planning process.  The Peruvian Ministry of Economy and Finance joins counterparts in Colombia, Mexico, Korea, Morocco, Denmark, New York State, and British Columbia in using its power to set budgets, create climate-friendly fiscal policies such as removing fossil fuel subsidies and pricing carbon, and target public finances to mobilize and shift private investment to low-carbon infrastructure.

As one example, Colombia’s National Planning Department presented an impressive overview of its efforts to create a comprehensive national framework that includes an assessment of the potential impacts that climate change might present to its development, combined with a plan for new institutions, policies, and budgets for public finance targeted at a mix of climate investment opportunities in clean energy, resilience, and efficient infrastructure.

Another key theme was the recognition that climate finance is not just about the supply of money through new, innovative funds and mechanisms (see, for example, IFC Asset Management Corporation’s Catalyst Fund or the Green Climate Fund).  The other side of the coin is equally important:  governments and banks must work to create demand for climate finance—a pipeline of bankable projects.  Bank of America’s recent work with the UN Sustainable Energy for All finance committee concluded that the largest constraint on placing climate finance in emerging markets is the supply of high-quality deal flow.

This focus on developing a strong project pipeline was reflected by representatives from the Green Climate Fund, which has launched a work program focused on ensuring country “readiness” to receive climate finance.  This initiative will work with developing countries to enhance learning on good practice in developing national policies and programs that prepare them to receive Green Climate Fund monies and other donor support.

Other efforts are underway.  For example, several donors have created the Global Innovation Lab for Climate Finance, which is working with banks, public finance agencies, and other stakeholders to develop a suite of innovative new climate finance tools that can help address some of the most persistent barriers to climate finance.  One tool that the Lab is pursuing is a Climate Development and Finance Facility. This facility—initially supported by the Dutch development bank FMO and other stakeholders—combines project development support for the early stages of project development with public finance for projects that emerge from the project pipeline. The facility recognizes that commercial banks and institutional investors do not have the interest or resources to speculate in early-stage project scoping, and it fills a key gap by creating demand for climate finance.

The third important take-away from the event was that public finance—including domestic budgets and banks as well as international sources like multilateral development banks and the proposed Green Climate Fund—plays an essential role in establishing new markets for climate-friendly investment.

As the Green Climate Fund shapes its path forward, the Climate Investment Funds offer important lessons on the strategic use of public finance.  One tool that CIFs have used successfully is “Programmatic Loans” that tie funding to the implementation of key policies designed to unlock private investment.  The Inter-American Development Bank pointed out good examples in Mexico and Chile where public finance was combined with technical assistance that strengthened their enabling environment and resulted in successful renewable energy investments in these countries.

Banks and private sector developers also weighed in on the importance of public finance. Chile’s Banco BICE explained the rapid expansion of renewable energy investment in the country, stressing the critical role that the national government’s concessional loans and supportive policies played, combined with  investments by international development finance institutions like the IFC. Before these public finance actors entered the market and demonstrated that renewable energy investments provided low-risk, positive returns, few banks were interested in renewable energy as an investment opportunity. Today, BICE is one of several domestic banks investing in the Chilean renewable energy sector, with US$500 million committed.  Peruvian bank BCP echoed this sentiment, explaining that public finance and policy is helping the bank to re-cast green investment as a growth opportunity.

Brazilian national bank BNDES provided a powerful example in how to combine public finance with supportive policies to create a sizeable domestic wind energy market. In 2001, the government identified a large potential for wind energy in the country, and BNDES worked with the energy ministry to design a set of targeted policies, including a feed-in tariff, BNDES support for domestic turbine production, and reverse auctions for wind projects. Today, wind energy is more cost-effective than fossil energy, and the country expects to install 13 gigawatts of capacity by 2018, enough to power about 13 million homes.

These lessons from the front lines of climate finance show that the creation of attractive policy environments, strategic use of public finance, and growing awareness and appetite of private banks and investors are helping to turn the climate challenge into an investment opportunity. Lima Climate Finance Week set the scene for a series of climate finance meetings happening this fall; including the UN Secretary-General’s Climate Summit on 23 September, the World Bank/IMF Annual Meetings in October, and the UN Climate Talks that Peru is hosting in November and December. Lets find a positive attribute to this for being rich is not just how much money in the bank but also to the heart!!