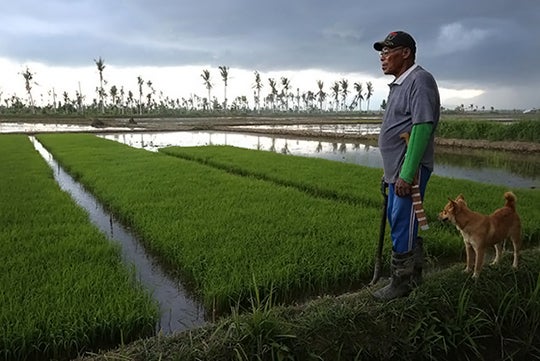 By Michael Carter of the University of California-Davis and the National Bureau of Economic Research, and Sarah Janzen of Montana State University

Recent climate-related natural disasters, including droughts, floods and wildfires, have revealed widespread vulnerability of poor populations. Climate-related hazards not only take lives, they destroy homes, compromise livelihoods, reduce crop yields, increase food price volatility, and spawn food insecurity. The inability of poor households to sustain critical investments in child health and nutrition during and after such shocks unfortunately means climate-related hazards are likely to result in permanent deleterious consequences for the next generation.

Contingent social protection measures—which release transfers in the wake of a shock—may improve resilience among the poorest, but the situation is more complex than might first meet the eye.  It is not only the poorest who may merit inclusion in contingent social protection schemes. Several recent analyses of droughts show that it is not only the destitute who severely restrict consumption (and undercut investments in child health and nutrition), but also a group of households who hold modest asset stocks. These households, whom we might label the vulnerable, (because they are not destitute, but face the risk of becoming so), face an unpleasant choice. They can sell scarce assets in order to sustain consumption in the face of drought-induced income declines, or they can hold on to their productive assets to avoid being locked into a poverty trap.  While their logic of holding on to remaining assets (often called asset smoothing) is unassailable, it induces the kinds of consumption declines that compromise the human capital of the next generation.

Compelling evidence that this kind of coping behavior matters for the vulnerable comes from a study by John Hoddinott and Bill Kinsey. Examining the 1994-1995 drought in Zimbabwe, Hoddinott and Kinsey show that richer households sold livestock in order to maintain consumption. In contrast, poorer, but not destitute, households with one or two oxen or cows were much less likely to sell livestock, massively destabilizing consumption instead. The predictable consequence of this behavior is that the youngest children in these households experienced a permanent loss of growth and development.  Similar evidence is found in a recent study of rural households in Burkina Faso where data show that wealthier households almost completely insulate their consumption from weather shocks by drawing down assets, whereas households with fewer assets do not, despite having assets to do so.

In our own study of a contingent social transfer program in Kenya (where transfers were triggered through an insurance contract), we see similar evidence that it is both the vulnerable and the destitute (defined as those with less than 8 or 9 units of livestock in this pastoral economy) who severely cut current consumption in the wake of a climatic shock.  Households with greater stocks of assets tend to sell off animals and continue to eat more normally during the drought.  The impacts of the insurance payments are similarly quite distinct across these wealth categories.  For the poor and vulnerable, the contingent payouts permit them to eat more frequently, protecting child health and development.

With global climate change threatening to increase the frequency and severity of shocks, now is an opportune time to rethink how we provide contingent social protection.  In particular, should we begin to prioritize the vulnerable “asset smoothers” alongside the poorest households?

In an earlier analysis with Chris Barrett and Nobu Ikegami, we compared purely needs-based social protection with a budget-neutral policy that prioritizes non-destitute but vulnerable asset-smoothing households. The analysis shows that while a purely needs-based distribution of aid is initially more favorable to the poorest, over time they must compete with the vulnerable but initially non-poor for transfers. If the aid budget remains constant, then individual transfers will shrink as more people collapse into poverty, unable to get out of poverty without larger transfers. Over time, those who were initially the poorest would have fared better under the threshold-targeted scheme.

While there seems to be many reasons for providing contingent social protection for vulnerable, asset-smoothing households in an era of climate change, this observation leaves unanswered the question about how best to provide this protection. In our own work, we have been investigating the prospects for using insurance contracts, financed at least in part by contributions from the vulnerable. It turns out that how best to blend publically and privately provisioned social protection for the vulnerable is a complex topic, but that is a topic for a future discussion.