Dealing with Uncertainties in Energy Investments 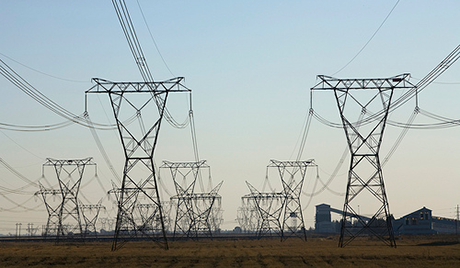 According to the International Energy Agency (IEA), global energy demand is likely to grow by more than one-third between now and 2035. Mobilizing investment capital is one major task. Additionally, energy infrastructure such as electric power facilities has a long time span – up to 40 or 50 years in the case of base-load nuclear or coal plants. As the new Growing Green report, released by the World Bank’s Europe and Central Asia Region, points out, with such a long time span and the enormous amount of capital at stake, power sector investments need to consider at least three types of uncertainties—changing regulations, changing technology, and changing climatic conditions.

Regulatory uncertainty persists in countries without formal greenhouse gas emission restrictions. Even in the EU, the emissions trading system is still evolving and future prices for carbon emissions will in large part depend on political decisions. Such schemes may spread to other parts of Europe and Central Asia as the implications of climate change become more apparent and support for climate action rises. A price on carbon, either through a cap-and-trade sys¬tem or a tax, can profoundly alter the comparative economics of different power generation technologies. With a price on carbon emissions, the cost differential between fossil-fuel plants and low-carbon alternatives shrinks and in some cases disappears.

Many international firms and banks already incorporate an assumed carbon price into their financial investment feasibility calculations. Expectations of future carbon pricing have already altered investment decisions favoring natural gas over coal-fired power plants in the U.S. (although more recently the drop in gas prices has been a larger factor). Conversely, regulatory uncertainty also hinders investments in low-carbon generation. The IEA estimates (pdf) that uncertainty in climate change policy might add a risk premium of up to 40 percent to such investments, driving up consumer prices by 10 percent.

Innovation in the power sector has grown with major progress in the efficiency of gas plants and in many types of renewable generation. Just as coal has been sidelined in some countries for both regulatory and market reasons, continued innovation and possible technological breakthroughs could shift relative prices in favor of renewable energy within the next few decades—well within the life span of large power infrastructure.

Whether and when renewables and other clean technologies will become economically viable depends on a number of variables. The more widespread the use of renewable technologies, the cheaper they become. In a way, the pace at which they are adopted affects their price. Government policies and private investments have a large influence on these dynamics, neither of which is easy to predict. For instance, as recently as ten years ago, the IEA forecasted wind energy deployment levels for Europe for 2030 were already reached by 2010. In 2000, the IEA also projected global solar energy deployment to reach about 8 GW by 2020; by 2011 almost 70 GW had been installed. Future fossil fuel generation costs are also difficult to predict as coal, oil and gas prices fluctuate greatly as they go through boom and bust cycles.

Uncertainty about future climatic conditions also affects technology choices. Climate change could affect thermal generation such as in fossil fuel and nuclear power plants that require a constant sup¬ply of cooling water to discharge the surplus heat while at the same time producing steam, which in turn drives a turbine and produces electricity. Hydroelectric generation is very sensitive to changes in water sup¬ply. There have been several instances in the last ten years - Brazil in 2001, France in 2003, Kyrgyzstan and Tajikistan in 2007 and the United States in 2011 and 2012 – that saw shutdowns or capacity reductions in hydro, nuclear or coal power plants caused by drought-induced water shortages or elevated temperatures in cooling water reservoirs. Projections of local climate impacts are still very uncertain, but will probably bring changes in weather patterns that will affect thermal and hydro power generation, and to a smaller extent wind and solar power.

In our report, Growing Green, we argue that good policy making can help reduce regulatory, technological and climate uncertainties. Predictable policies, including setting initially modest carbon constraints and then gradually increasing them based on previously announced plan, provide greater certainty for investors and reduce the risk of stranded assets. Retaining flexibility helps reduce technology uncertainty. The longer the investments can be delayed without incurring broader economic or welfare costs, the better. Ambitious energy efficiency efforts, both on the supply and demand side, help postpone investments in new capacity. And a larger share of investments in small and decentralized generation, including a larger share of combined heat and power and renewable energy plants, allows for a more gradual expansion path that tends to be easier to finance and can take advantage of newly available technology. A more diversified power generation portfolio can also increase reliability in the face of climate change, especially if it includes a high share of renewable energy with low water requirements and no fuel costs. Reducing vulnerability to fossil fuel price swings through energy portfolio diversification has large macroeconomic benefits that could amount to $68 billion per year in the Europe and Central Asia region (Meisner, Craig 2012. "Energy Security and the Benefits of Fuel Mix Diversification.") . These benefits could offset some of the additional costs incurred by renewable energy.