With an Eye Toward the Future: Building Resilience in a Changing World 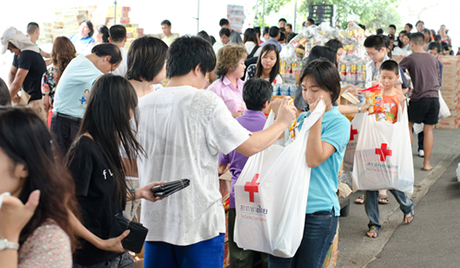 Typhoon Haiyan, the Category 5 super storm that devastated parts of the Philippines and killed thousands late last year, continues to remind us, tragically, of how vulnerable we are to weather-related disasters.

As the images of destruction and desperation continue to circle the globe, we’re also reminded that those most at risk when natural disaster strikes are the world’s poor – people who have little money to help them recover and who lack food security, access to clean water, sanitation and health services.

Over the last year, as one major extreme weather event after another wreaked havoc and claimed lives in the developing world, terms such as "resilience" and "loss and damage" have become part and parcel of our efforts here at the World Bank Group – and for good reason.

Developing countries have been facing mounting losses from floods, storms and droughts. Looking ahead, it’s been estimated that up to 325 million extremely poor people could be living in the 49 most hazard-prone countries in 2030, the majority in South Asia and Sub-Saharan Africa.

These scenarios are not compatible with the World Bank Group’s goal to reduce extreme poverty to less than 3 percent by 2030, or with our goal to promote shared prosperity.

So what was 2013 like from a disaster point of view?

As is the case every year, there were hundreds of weather catastrophes worldwide, many of which were declared official disasters.

Then came Cyclone Phailin in India, Typhoon Haiyan in the Philippines and severe flooding in Somalia and Pakistan.

Munich Re, a reinsurance company that collates such data, reported the 2013 tally this week: $125 billion in overall damage, with Typhoon Haiyan causing the largest loss of lives.

In a recent report, Building Resilience: Integrating Climate and Disaster Risk into Development, we noted that the people who are trapped in poverty, especially in sub-Saharan Africa and South Asia, will be most at risk when this happens.

The people and assets in the ever-expanding urban centers, especially at the coast, are another major area at risk from loss and damage. Projected annual losses in major coastal cities from flooding and rising sea levels could be as high as $1 trillion by the middle of this century.

We believe that to effectively meet the World Bank Group’s poverty reduction goal, we must address the impacts of poverty and climate risks in a more coordinated way. By working across different disciplines such as disaster risk management, climate adaptation and poverty reduction we’ll save more lives and build stronger resilience to disasters and climate change.

Within the World Bank Group, we’re taking the first steps toward this integrated approach. Now we need support, encouragement and help from our partner countries and donors to make the major leaps that are necessary for people and our changing planet.