Food systems are finally on the climate change map. What’s next? 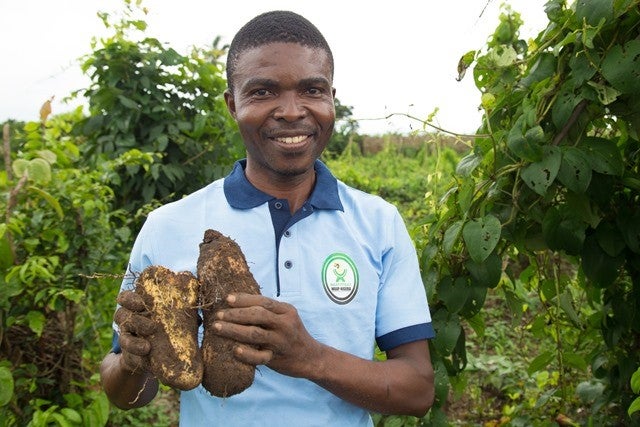 So, food systems are finally on the climate change map and embedded in the language of the Paris Climate Agreement.

This is a long way from the previous involvement of agriculture as a contentious area that was subject to fractious debate and fatally entwined with the discussion around climate-change related loss and damage. A vast majority of national plans to address climate change or Intended Nationally Determined Contributions (INDCs) presented at the COP in Paris contained language and commitments on agriculture – for both adaptation and mitigation measures.

What’s behind this change in sentiment and action?

Most likely the fact that this has been a bottom up led conversation from the countries informed by a clearer understanding that there is a major challenge and a great opportunity in front of us. On the challenge, there is a growing realization that agriculture and associated land use change are actually a big part of the climate problem: the sector currently generates between 19-29% of total GHG emissions. This is as much a developing country issue as a developed one. Indeed, if we look at emissions intensity as an indicator, there is more work to do in developing countries than in developed ones. But there, of course, also lies the great opportunity – to increase production and improve livelihoods through efficiency gains not only in terms of money and inputs, but also in terms of emissions.

So, the next question becomes "how do we move from commitments, strategies and better informed rhetoric to concrete action and tangible results?"

One step in this direction has been taken in a number of countries already, with the creation of straightforward, action oriented Climate Smart Profiles for the country’s food system. The new ones for Kenya, Rwanda and Sri Lanka can be found here. The role of the Profiles varies greatly across countries – in many they inform policy makers of the opportunities that are available and outline the potential for action. In other countries, they help frame and organize pre-existing policies and interventions in an integrated framework that highlights not only what has been achieved, but also what remains to be addressed. In other countries, where investments are being planned or policies being shaped, the Profiles assist in informing that process and initiating an action agenda. In most of the contexts that they have so far been used they are a strong catalyst to move the dialogue, to improve knowledge or to focus potential actions.

But what is the next step?

Well, clearly that is to get policy aligned, finance flowing and change occurring on the ground. This is where linking the INDCs with correlated Climate Smart Investment Plans come together. Countries have indicated their aspirations for their food systems and now many of them will need assistance in integrating these (sometimes new) priorities into their investment portfolios and policies.

What will it take? First, a much more granular and specific identification of climate risks to manage short term risk and implement medium term adaptation. That is not such an easy task, but the basic data is there and very shortly better tools will be ready to enable farmers, practitioners, financiers and planners to identify investments and actions across scales and production systems. Second, investments need to be better identified and justified in terms of the cost of inaction or business as usual, not simply for their financial or economic returns. Approaches to doing this have already been developed – the agriculture risk assessments of the World Bank’s Agricultural Risk Management Team are great examples of these approaches in action. Third, countries will need help to identify climate smart policies that enable public goods (such as emissions reductions) to be delivered, while supporting producers in a sustainable way, catalyzing increases in investments from the private sector and making the links with food markets (both domestic and international) more stable.

But let’s not underestimate how much work it will take to deliver on the “great opportunity”. This will be a huge effort.

Agriculture is largely a traditional sector, and it can have entrenched views and stakeholders – many of whom might spend more time focused on differences rather than finding potential synergies and common interests to unite around. This is where the role of development practitioners and other stakeholders has to change – it is no longer a case of designing investment projects that increase productivity.

What the planet now needs are projects, policies and actions that deliver a more sustainable solution to hunger, nutrition and equity; keep the food system within the planetary boundaries it really exists in; and create meaningful employment and careers for hundreds of millions of farmers, fishers, foresters and herders in developed and developing countries alike.

Tall order? Sure. Doable? Definitely. What will it take? Action now and at scale through new partnerships and collaborations. Anything less will simply not get us where we need to go – a fundamental re-creation of the global food system.
Topics
Agriculture and Food
Climate Change
Environment
Countries
Kenya
Rwanda
Sri Lanka
Regions
The World Region