Travelling by bus, car, boat and elephant in Indonesia 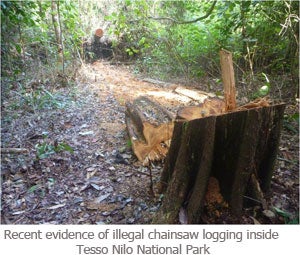 Last week, a group of around 30 made a transect from West to East across Sumatra, Indonesia, to learn about forests, trees, landscapes, and the people whose livelihoods depend on them. We were often shocked by what we saw. After camping overnight in Tesso Nilo National Park, Riau province, we lumbered slowly on the backs of elephants through tracts of newly logged and burned forest land, some planted with rubber, and learned that over half the park area of 83,000 hectares was encroached and deforested. Tesso Nilo has the highest biodiversity index for vascular plants in the world, and is the last remaining habitat in Riau for elephants and the Sumatran tiger. With their habitat shrinking, elephants often stray into surrounding villages, causing significant economic damage. Villagers retaliate by poisoning the elephants. With support from the Worldwide Fund for Nature (WWF)-Indonesia, an elephant ‘flying patrol’ has been established within the park, staffed by skilled mahouts who have trained six elephants to help chase wild elephants away from villages and back to the park, thereby reducing conflict with the local population. 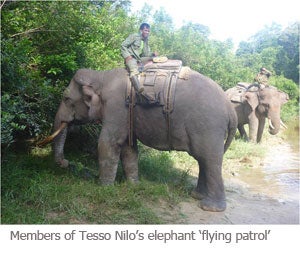 As we drove away from the park, we passed a newly planted oil palm plantation that was encroaching on the gazetted park boundary, and a little further on a Lorax-like landscape, as far as the eye could see, where an Acacia mangia plantation had just been clear-cut for pulp. Driving back towards the boom-town capital of Riau province, Pekanbaru, we crossed a peat swamp, now drained and planted with oil palm. Riau province alone accounted for as much as half of all Indonesia’s forest loss over the last decade. Carbon emissions from drained, oxidized and burnt peat soils in particular are staggering, with each square meter of peatland emitting 200 times more carbon than deforestation on mineral soils. Riau represents the eye in a perfect storm of global demand for commodities combined with weak governance and law enforcement and lack of respect for local land rights.

on the five-day learning exchange organized by the Agriculture and Rural Development Department (ARD) and the Center for International Forestry Research (CIFOR).

On the verdant slopes around Lake Singkarak in West Sumatra province, we visited the community of Paninggahan which, with support from the World Agroforestry Center (ICRAF), was revitalizing the production of Robusta coffee (known locally as kopi ulu)and had launched an agroforestry-based voluntary carbon scheme. The community had a long history of successfully managing a 1,050 hectare coffee plantation established during the Dutch colonial period in the 1820s, and were granted rights to the land in 1934. It was abandoned in the 1960s during a period of low coffee prices, political uncertainty and conflict. Over 2004-07, under the Rewarding Upland Poor for Environmental Services (RUPES) project, ICRAF supported the community in mapping land ownership and restarting coffee production using organic techniques to protect the watershed of Lake Singkarak, but the project ran into difficulties owing to the contestation of their land claim by the West Sumatra Forest Service. Following a protracted struggle, the Ministry of Forestry finally recognized the community’s claim over the land in July 2011, although it has yet to be upheld through a local government decree.

Under the voluntary carbon scheme, started in 2009, 82 households from the community were being paid in tranches over 10 years to plant an area of 42 hectares with trees including cacao, clove and other species. 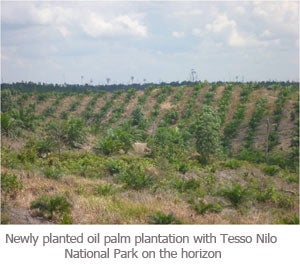 The idea was that participating households would gain income from non-timber forest products while the trees (and carbon) grow. The buyer of the carbon was a Dutch firm, with ICRAF acting as intermediary and facilitator. We were told that payments under this scheme had been temporarily suspended by the buyer, owing to planting targets having lagged behind the agreed schedule, and the process for verifying carbon benefits also seemed a little vague. Nonetheless, the logic of the project appeared sound, being grounded in respect for local land rights, and engaging the local community as an equal partner in delivering a global public good (reduced carbon emissions) while also generating local livelihood benefits.

(All pictures by Robin Mearns)