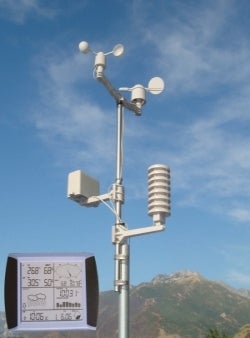 The impact of climate change on investment and development is fundamental but is yet to be appreciated, or some in cases even understood. One related issue is a seemingly obscure technical calculation, the use of “Climate Normals” – a standard way of estimating the weather expected in a particular location for any given day. Such estimates have enormous significance for planning power plants, ports, water systems, roads, and long-lived infrastructure.

The difference between temperatures in the ‘70s (a cool period) and the ‘00s (the warmest decade on record) can mean large increases in summer peak demand. The planning of water supply and demand will similarly be dramatically affected with change in temperature and precipitation. Getting it wrong can mean serious under or over investment, with social as well as economic disruption.

The concept of Climate Normals was originally mandated by the WMO and IMO in the 1930s, initially calculated and updated every 30 years. In 1956, the same organizations recommended updates more frequently, every decade. In 2011, the leading US center for archiving and summarizing climate data, National Climate Data Center (NCDC), released the new Climate Normals that cover the period between 1981 and 2010, replacing the previous 1971-2000 installment.

The problem, as two NCDC scientists recently wrote, is that “Climate Normals are calculated retrospectively, but are often utilized prospectively,” a practice they observe reflects the common wisdom that “the best predictor of future behavior is past behavior.” (Arguez and Vose)

There are growing voices that in a period of rapid climate change, this assumption is no longer valid; “WMO-recommended 30-year normals are no longer generally useful for the design, planning, and decision-making purposes for which they were intended. They not only have little relevance to the future climate, but are often unrepresentative of the current climate. The reason for this is rapid global climate change over the last 30 years that is likely to continue into the future.” (Livezey 2007)

These issues were explored in a workshop organized last month NCDC with participants representing utility companies and regulatory officials with a substantial economic interest in the issue. Several methods have been proposed as substitutes for the use of 30 year averages updated every decade. One is switching to a 10 year period and weighting by time period and trend line.

It may be that no one method is best for every need. Eventually, climate models may improve to the point that localized, short-term forecasting can be done with confidence, but for this to occur our fundamental understanding of the forces shaping climate will need to improve considerably.

This is but one of many changes in business practice increasingly necessary in response to climate change–every bit as important as sea walls and other actions more typically envisioned when we speak of adaptation.