Growing up alongside the Niger River, Ganda Seyni would walk to the river bank every morning to wash before school. It was a treacherous task; the water was perilously deep and Seyni had to take care not to be swept away by the fast-moving currents.

More than three decades later, Seyni, who still lives in his childhood town of Saga in the Niamey region of Niger, can hardly recognize the river that once carried so much fear.  “Now, during certain parts of the year – especially between March and May – you can cross the river by foot or motorcycle,” he said.

Climate change is altering landscapes across Africa but none more so than in Niger, a country in the Sahel region, where fickle rainfall and searing drought are stretching the resources of the Niger – Africa’s third-largest river – causing it to shrink in size.

With temperatures in the Sahel rising 1.5 times faster than the global average and with daytime highs soaring above 45 degrees Celsius, subsistence farmers across Niger struggle to grow food in scorched, sandy soil. The United Nations now estimates that approximately 80% of the Sahel’s farmland is degraded, further destabilizing a region where hunger rates are among the worst in the world, and where nearly half of Niger’s children under 5 suffer from chronic malnutrition.

But thanks to a new private sector initiative, some small- and medium-scale farmers in Niger now have access to solar-powered drip irrigation technology, enabling them to produce more with less water and energy, improving their incomes and resilience to drought, floods, and other climate-related extremes.

The initiative is the Niger Irrigation Program (NIP), a three-year partnership between the International Finance Corporation (IFC), part of the World Bank Group, the Climate Investment Funds (CIF), and Netafim, a global leader in micro-irrigation technology. The project is supported by the Climate Investment Funds’ Pilot Program for Climate Resilience (PPCR), a $1.2 billion fund that helps developing countries with climate change.

With support from IFC, Netafim installs family-size drip- irrigation systems on parcels of land across Niger from 250 square meters to 2500 square meters.  The technology – powered entirely by solar energy pumps – slowly delivers water to the base of a plant, drip by drip. So far, Netafim has trained more than three hundred farmers to use this technology, more than half of whom are women. Participating farmers have reported water savings from 30 to 55%. 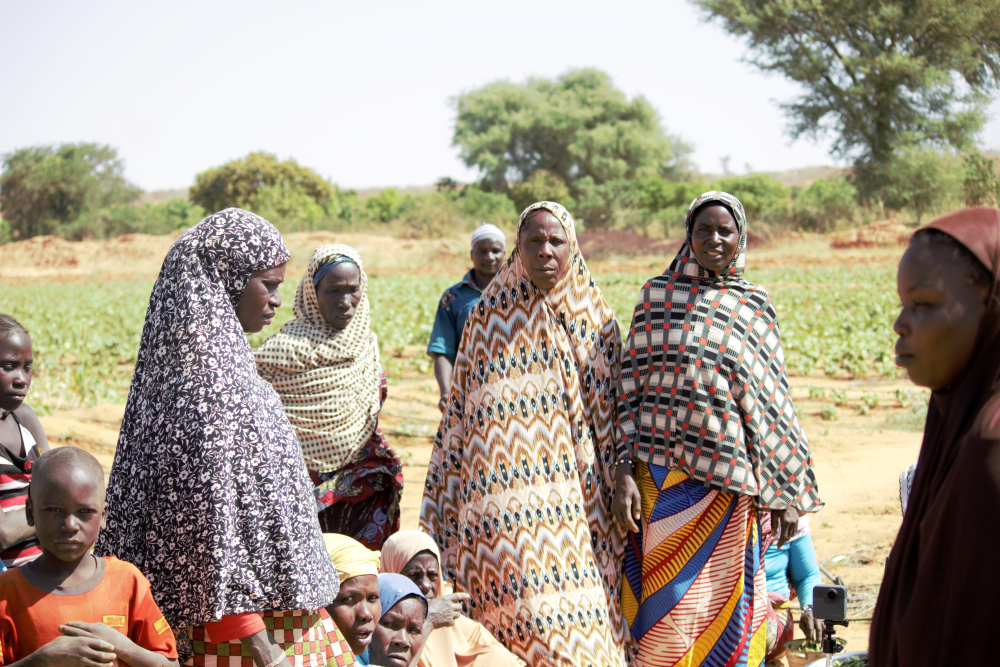 “Netafim believes that countries like Niger need drip irrigation and climate control technologies to overcome their food security challenges,” said Driss Ennaanay, Netafim’s director for West and East Africa. “We do not shy away from working in complex, difficult environments. We want to make our technology easily accessible across Niger so it can have the positive impact that we’re all aiming for.”

In the past, drip-irrigation techniques in Niger tended to yield poor results as farmers lacked adequate training and struggled to find spare parts when the systems failed. But thanks to the Niger Irrigation Program, a motorcycle cadre of six Community Field Assistants visit farmers in remote areas to give advice about how best to use their irrigation kits, to assist with maintenance, and to help farmers create crop calendars to rotate and optimize their seasonal produce. Now, across southern Niger, plots of land irrigated by the Niger Irrigation Program are awash with color, displaying rows of tomatoes, okra, moringa, papaya, peppers, melon, and watermelon. 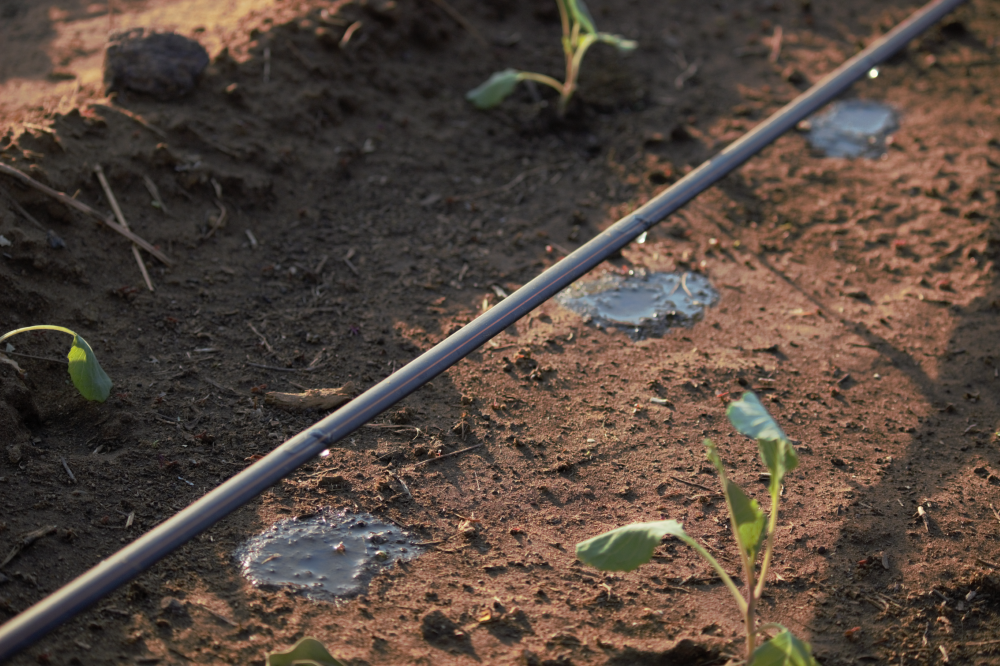 “It took us time to correct the errors of the past,” said Ennaanay, “but now we are seeing improved yields, improved incomes, and enhanced interest that we do more.”

“Our goal is to keep going and to create momentum to build something to scale that is sustainable,” he said.

Ganda Seyni, who left Niger to pursue a degree in drip irrigation in Algeria, has returned home to apply his expertise. He now works as a project manager for Netafim, overseeing the Niger Irrigation Program’s operations in seven regions, and supporting IFC and Netafim’s mission to create a fully commercial market for irrigation equipment in Niger.

Seyni points to the village of Garou, in the Dosso region of Niger, that has been transformed by drip-irrigation. Before the program, a community group of more than forty women struggled to grow and sell their crops. After Netafim analyzed the soil and installed drip-irrigation kits, the field assistants helped the women create a crop calendar. Now the women sow okra in October and harvest it in December, when the prices are high. During the month of Ramadan they harvest watermelon, which is in high demand in local markets. 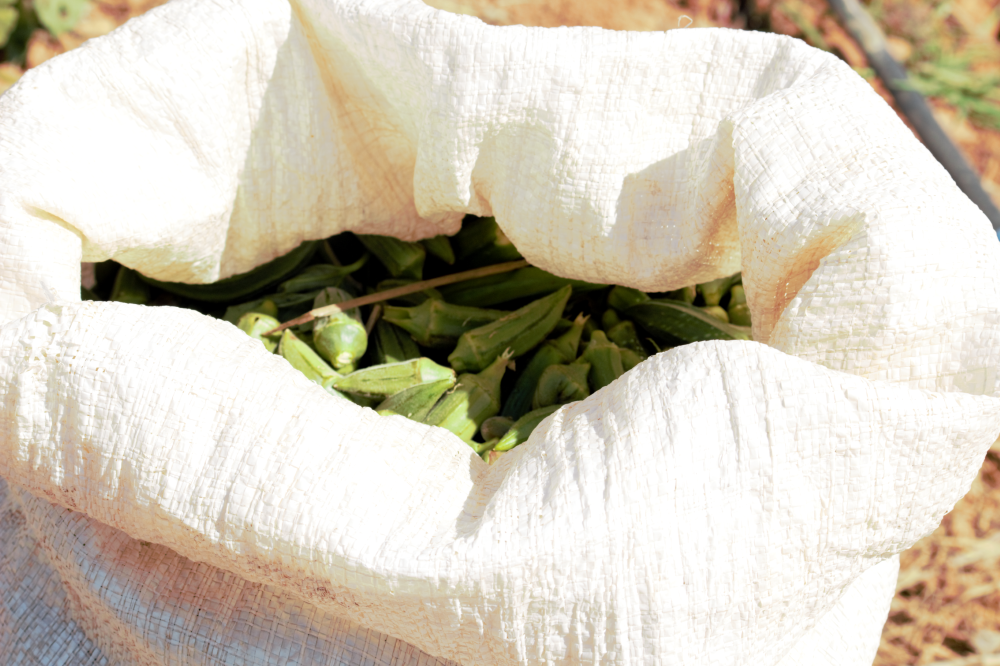 “With Netafim’s solar pumps, the women no longer have to drill their own wells, or to irrigate their fields with buckets,” Seyni said. “Now, they have more income because they have knowledge and a production schedule”.

“Before this project began, I can assure you that you could not find an experienced drip irrigation technician in Niger,” said Seyni. “In the past, farmers had to buy equipment from abroad. If they needed a spare part, it was impossible to find one.”

By demonstrating the viability of this technology, IFC and Netafim are creating the conditions for a climate-resilient approach that can be applied not just in Niger, but across Africa and beyond.

“Now, because of NIP and the increased local capacity and expertise,” said Seyni, “we can tackle any kind of problem.”