As the Paris Agreement becomes reality: How to transform economies through carbon pricing 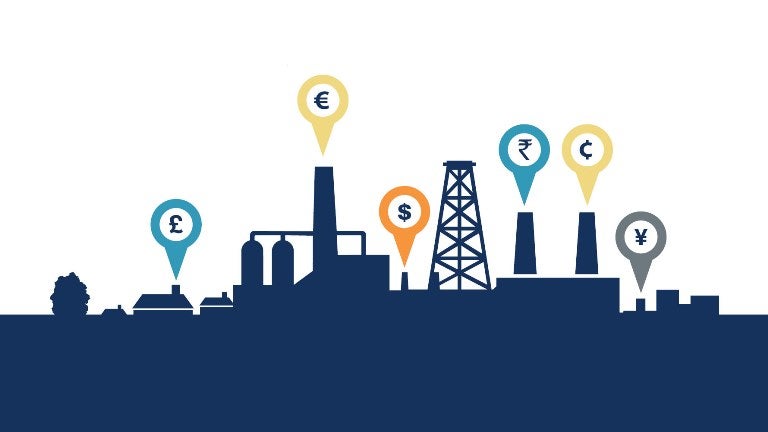 The remarkable pace at which nations of the world have ratified the Paris Agreement on climate change gives us all hope. It signals the world is ready to take the actions we need to keep global warming below 1.5 degrees Celsius. We know, however, that delivering on Paris comes with a high price tag, and that we need to help countries not just transition toward renewable energy but unlock the finance needed to get there.

Amid the enormous challenge ahead, I want to emphasize the transformative economic opportunity that putting a price on carbon pollution presents .

Many governments across the world now make polluters pay for their CO2 emissions through carbon taxes and emissions trading systems (ETSs). The money generated through these efforts - about $26b in 2015 - is modest, but on the rise (up 60% from the year before).

As a price on carbon emissions becomes a reality for more and more people, governments are confronted with the nice-to-have challenge of figuring out what to do with the revenues.

One option is to use the revenues to offset other taxes, such as those on income earned or business profits. Another is to support government spending in chronically underfunded areas such as health, education, and infrastructure. And a third is to use the funds to support clean technology development. What option countries pick will depend on the local context, and requires deliberation.

However, after I participated in a ClimateWeek panel discussion on the sidelines of the UN General Assembly several weeks ago, I’m concerned that not enough governments, particularly in middle and low-income countries, are aware of the transformative potential presented by carbon pricing. Rather than view it as an additional cost, governments, business, and citizens can think of carbon pricing as a way to structure their economies for the future.

Canada’s Quebec province has been among the first movers in putting a price on carbon emissions, and the outcome is impressive.  The province has raised $1.2b from carbon credit auctions, and by law, 2/3 of the revenues are used in the transportation sector.

The result after 2.5 years, said Minister of Environment David Heurtel is that Quebec is “now seeing the development of the entire value chain of the electric vehicle sector.” Lithium for batteries is being mined sustainably from northern Canada; the fourth largest hydropower company in the world, Hydro-Quebec, is developing battery technology; Canadian aluminum is being used to build vehicles; and charging stations have cropped up across the entire province.

This pace and type of transformation may sound atypical, but at the World Bank, we’re seeing pick-up in middle income countries, and interest from low-income countries as well.

China currently has seven regional ETS schemes that cover 18 % of the country’s population and intends to launch a national ETS next year. Once active, the national ETS will be worth $50b.

The Indian company Mahindra & Mahindra has introduced carbon pricing internally in an effort to reduce emissions and increase ‘green revenues’ through business lines focused on adapting to and mitigating for climate change.  A quick stocktaking within the company identified some $400m in green revenues through its solar, micro-irrigation, and green building businesses.

In such a context, Anirban Ghosh, Vice President for Sustainability, said that carbon pricing “helps [Mahindra] move into actions which either bring down cost, or enable green revenue.”

Through our own work at the World Bank, we’re seeing interest from low-income countries: Côte d’Ivoire recently joined the Carbon Pricing Leadership Coalition, and commissioned a feasibility study to assess the potential impacts of a national carbon tax. And Ethiopia is collaborating with us on a study that assesses the impacts of climate mitigation instruments in low-income countries.

Bracing for the impacts of climate change and reducing emissions to help slow down global warming are important issues. But so too is the tremendous window of opportunity that an effective carbon pricing policy provides.

Environment Minister Catherine McKenna of Canada has been a big champion of carbon pricing, and said that "it's going to open up huge markets for business. Because once you have other countries stepping up and saying 'we're moving towards a cleaner future,' you're going to see innovation and investment."

Don’t forget to watch the video stream of the panel, and also take a look at the Carbon Pricing Leadership Panel’s Executive Brief on using revenues from carbon pricing. Very good and Informative Article:
I really like the way you presented the economic transformation by putting carbon pricing in national scale. Energy related activity is responsible for about 80% GHG emissions. Other alternatives such as renewable production targets, Intended Nationally Determined Contributions (INDC), diversification of energy supply-mix, energy subsidy, externality cost of fossil fuel-based power generation, and similar policy options including carbon pricing need to assess in a comprehensive way (Bottom-up approach) using energy-environmental optimization model such as MARKAL/TIMES to find best optimal option. And this energy assessment needs to link with national CGE model (Top-down approach) to see the impacts across the sectors (agriculture, economy, transportation, health, education). Policy recommendations based on the integrated modeling approach would provide insights into implications of clean technologies in an energy system to mitigate GHG emissions to contribute to the global climate change and improve energy security and promote economic growth for the long-term period.

In the Kyoto framework there were sectoral NAMAs and there were Programme of Activities. In my view these are to be accounted for. The countries should come forward to give boost to such initiatives. Our experience in India for renewable power purchase obligation and solar certificates and energy efficiency certificates are not transformative or attractive for market especially private sectors. Why not CDCF, PCF, FCF take some initiative to kick start the market in new paradigm along with GCF.

The highly populated countries like India and China are the main people for the reason for the carbon emmission rating. These countries are most popualted and producing carbon which is harm full for the humans living in this region.The Paris agrement should be implemented through the Developing countries as well as developed countries. The poorer countries should be participated as to meet the paris agrement.
One thing dont cut trees Plant trees to save the Earth for the polution should be eradicated and greenery should be coms to the Nations of the clymet change fund should be utilised from the developed countries.