Preparing for a price on carbon: Lessons from 3 companies 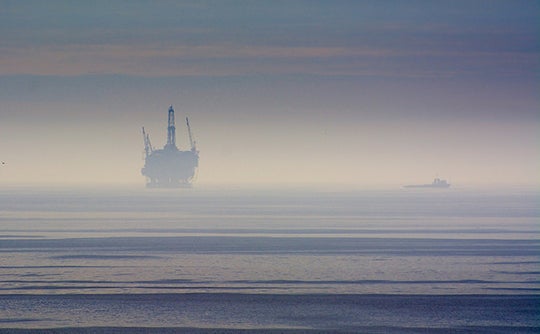 New carbon pricing systems are being developed in China, Chile and other countries to help reduce greenhouse gas emissions and encourage clean energy and sustainable development. This will mean new reporting requirements and regulations for an increasing number of national and multi-national companies.

To help corporate leaders prepare, we studied the experiences of three companies that are already operating within one or more carbon pricing systems and the steps they took to prepare for a world where greenhouse gas emissions have a price.

Our report released today by the Partnership for Market Readiness describes the impacts of a changing climate on business strategies, analyzes risks and opportunities as new climate policies are implemented, and distills lessons learned by Pacific Gas and Electric Company, Rio Tinto, and Royal Dutch Shell. The three companies represent a variety of energy-intense industries, including oil, gas, metals, mining and energy generation, transmission and distribution. Two operate in more than one jurisdiction with emissions trading.

All three companies started incorporating climate change assessments into their corporate strategies in the 1990s as governments began considering carbon regulations. This was usually led by a climate champion with top-level support. At California-based PG&E, for example, then-Chairman and CEO Richard Clarke catalyzed the company's early environmental commitment, adopting an environmental policy in 1990, before most other large U.S. utilities. That early direction helped lead to investments in energy efficiency and helped PG&E grow the market for renewable energy through large-scale procurement.

For climate change policies to fully permeate a company, climate champions are needed on all levels to inform on climate-related risks and opportunities and prioritize a credible climate and GHG emissions reduction policy – even when the leadership changes.

The companies also benefitted from setting up structures to monitor, report, and verify greenhouse gas emissions early on to establish an emissions baseline and expose risks and problems before climate policies were in place. Rio Tinto and Shell began developing emissions inventories and reporting practices in the 1990s. PG&E helped found the California Climate Action Registry and publicly reported its first emissions inventory in 2003. It foresaw mandatory reporting as inevitable in California and used early reporting to a voluntary registry as a way to gain experience ahead of regulation.

The three companies have several methods of identifying risks and opportunities. Rio Tinto, for example, has worked in six different carbon pricing systems and has made greenhouse gas emissions one of seven key performance indicators, reviewed monthly by their executive board for risks and opportunities. It performed a SWOT (strengths, weaknesses, opportunities, and threats) analysis of its products under a carbon-constrained world to see if its business model needed to be adjusted. Risks were identified for high-carbon content products such as coal, while other commodities might benefit from carbon regulations, such as copper, a major component of high-efficiency electrical motors, and borates, which are used in fiberglass insulation.

Using an internal carbon price, or shadow price, can also help companies identify risks and opportunities, such as surfacing the value of greater energy efficiency in project designs. Shell set up an internal group in 2005 to assess projects’ potential exposure to CO2 regulations. It now screens projects using a price per ton of CO2, which it set at $40 in 2014.

Another lesson mentioned by all three companies is the importance of building knowledge early. This includes skills for how to buy and trade carbon assets and minimize trading risk. Shell, for example, tapped into its experience trading energy commodities to develop a carbon trading unit.

Some companies learn from simulating an emissions trading system before it becomes mandatory. PG&E and seven other companies performed emissions trading simulations with the University of Virginia that tested the implications of various policy design features, before California regulations were implemented. Not only were these results useful for PG&E, but they were also shared with the California Air Resources Board as feedback on possible policy impacts on the market.

The companies have also benefitted from engaging with stakeholders, including policymakers and civil society. The Business-PMR and the new Carbon Pricing Leadership Coalition are helping encourage more public-private interaction on carbon pricing and wider sharing of experiences and lessons learned.

The case studies in this report carry several insights for policymakers, as well. For example, creating an environment of predictability, consistency, and flexibility are critical so companies can plan with confidence. When governments design a policy, setting up reporting requirements in advance of mandatory regulations and starting with voluntary systems also help companies build emissions data inventories, gain experience, and prepare. I read the subject report and found it highly useful to display how important to get a right price signal on carbon.

I think this is for a better world.